Skipper Kamil Bakshi and Iqbal Shah were the other leading wicket takers from GMC Baramulla, scalping two wickets each. 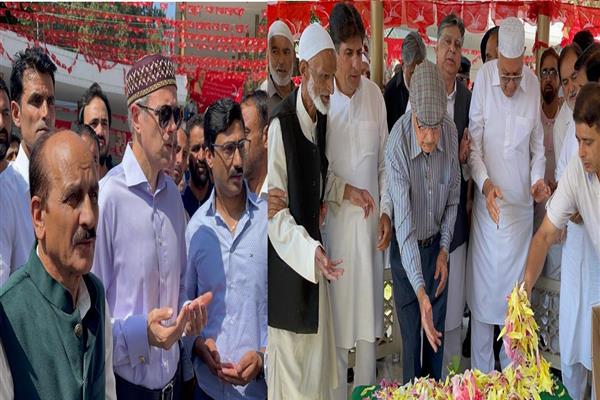 GMC Baramulla beats Agriculture X1 by six wickets in the second match of the Ist Corporate Cup 2022 played at Jhelum Stadium in Baramulla on September 8.

Choosing to bat first after winning the toss, Agriculture X1 Baramulla were bundled out for 106 in 20 overs, with Syed Adfar restricting the batters to post a big total by picking three wickets towards the end of the innings.
Skipper Kamil Bakshi and Iqbal Shah were the other leading wicket takers from GMC Baramulla, scalping two wickets each.
Speed star Sajad Majeed also bowled an impressive spell conceding only 11 runs in 4 overs while also giving his team a crucial early breakthrough.
Except Shabir Ahmad and Mohammad Saleem, who managed to score 17 runs each, all the batsmen of Agriculture X1 struggled in front of the ferocious bowling attack of the GMC Baramulla.
Opening the innings for GMC Baramulla,  M Kamil Bakshi guided his team to victory after early setbacks on the other end.
He scored 58 in 47 balls and was adjudged man of the match. Rashid was another top scorer with 28 runs in 26 balls.  GMC Baramulla won by six wickets with 21 bowls to spare.
“We are happy that we won the first match. This win will definitely boost the confidence of the players. We are looking forward to more wins in the tournament,” said Head Coach GMC Baramulla, Jehangir Bhat.
Khursheed Parray, a senior cricketer, who was in the playing 11 of GMC Baramulla, thanked Prof. (Dr.) Ruby Reshi, Principal GMC Baramulla, for this opportunity, kits, and moral support.
It is pertinent to mention that Dr. Syed Sehrish Asgar, Deputy Commissioner Baramulla, inaugurated the Ist Corporate Cup 2022 on September 7.
The inaugural match was played between DC 11 and R&B 11. Speaking on the occasion, the Deputy Commissioner said the tournament was  aimed to explore the hidden talent of youth.