'Inclusion of daily wagers under minimum wages act on cards' 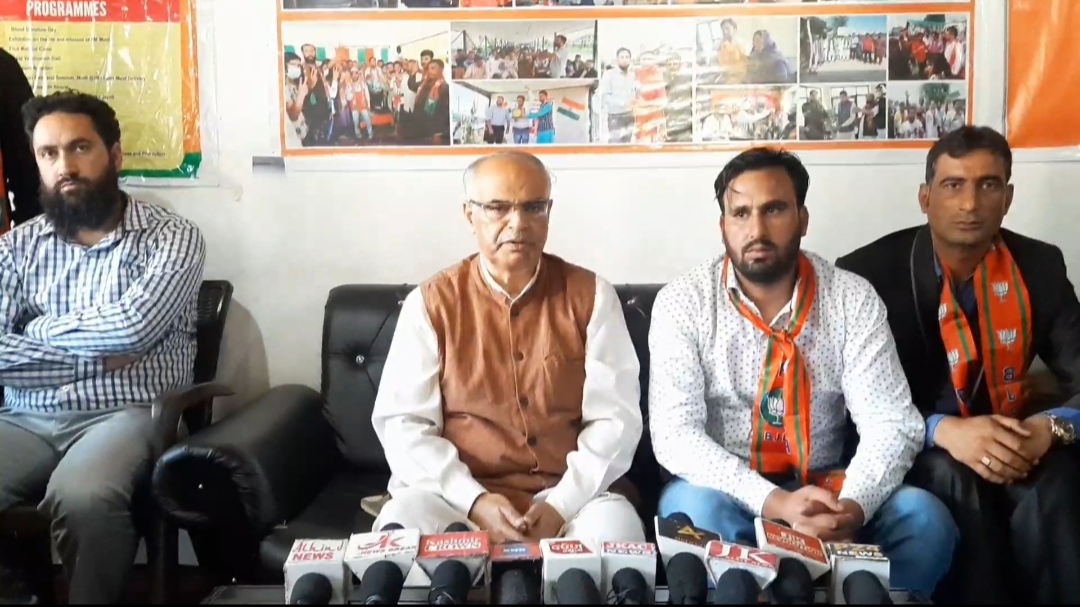 Bandipora, Sep 28: BharatiyaJanata Party (BJP) general secretary, Ashok Koul Wednesday said that assembly elections in Jammu and Kashmir are expected to be held in the months of March and April next year.
Talking to media here at Bandipora, Koul said that elections in winters is not feasible and therefore would be completed in the months of March and April next year.
Koul said that completion of the electoral process will take till Nov 25 and once the final voter list comes out, the election commission will start preparations for elections.
Every BJP worker has been doing tremendous work for the welfare of people, Koul said, adding that everyone will get to know the ground level grip of BJP in upcoming elections when the party will win more than fifty seats.
About daily wagers, Koul said that a committee has been framed and soon all the daily wagers will be included in minimum wages act and they will get a good amount.
Koul appreciated Party's Bandipora team for being on the top in ‘sevapakhwada’ program. He said that he got impressed after seeing the preparations by BJP's Bandipora team for making the Home Minister Amit Shah's rally successful. Notably Ashok Koul visited Bandipora to review the ongoing sevapakhwada program successful in the district.