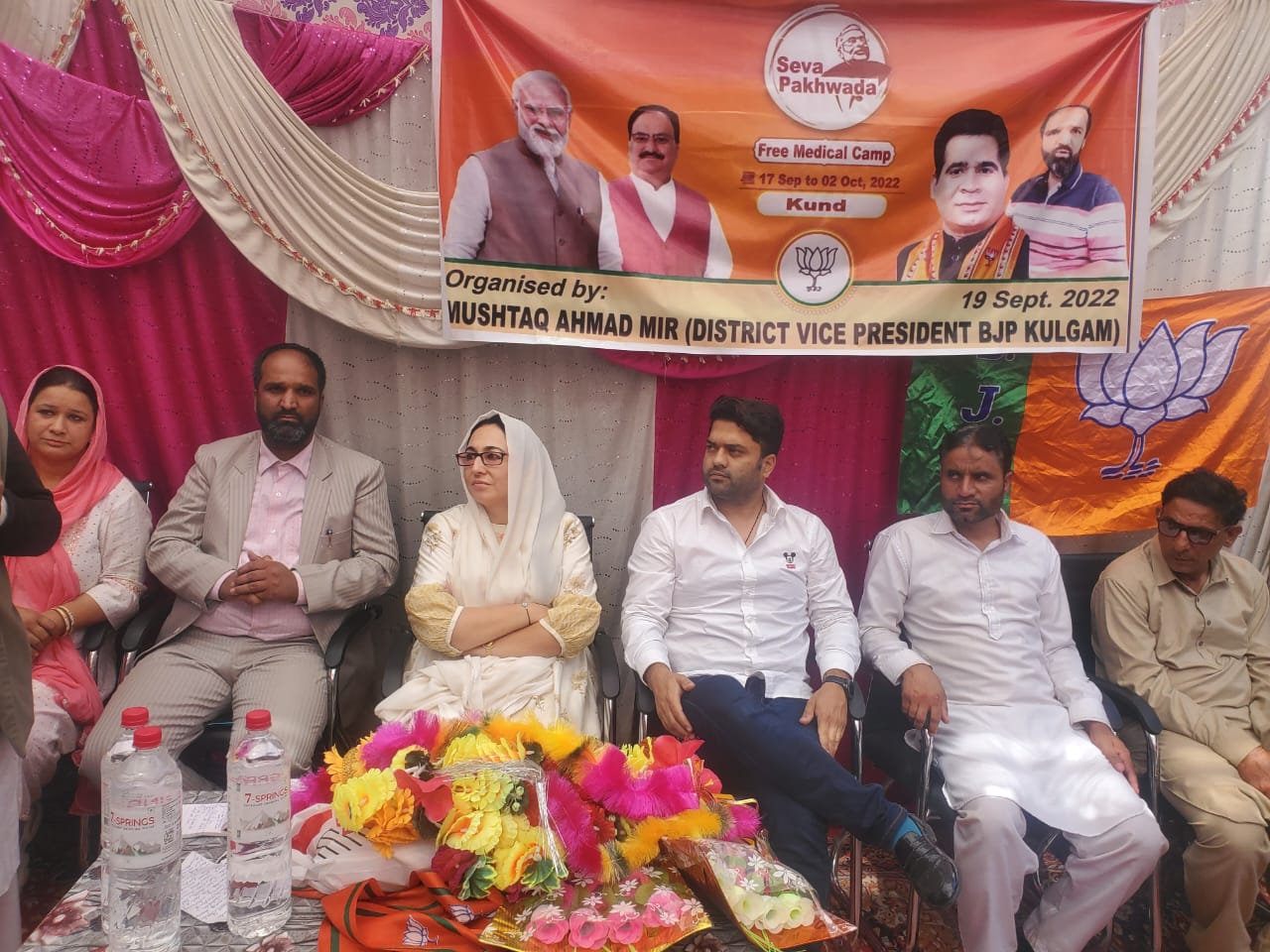 Srinagar, Sep 19: BJP General Secretary-Organization Ashok Koul along with Chairperson Waqf Board Dr Darakhshan Andrabi, Kashmir Media In-charge Manzoor Bhat, Central Kashmir Incharge Arif Raja, Surinder Ambardar and President Srinagar Ashok Bhat inaugurated free medical camps at various places on Monday.
A statement from the party said that a team of doctors examined more than 200 patients in the camp and advised follow-up action to them for diagnosis and distributed medicines.
Speaking on the occasion Ashok Koul said that these camps saw over 20k people visiting doctors and were organized under the ‘Sewa Pakhwada’ organised to mark PM Narendra Modi’s birthday that began on Monday.
He said thousands of patients had appeared here where a lot of medicines were distribute and thousands of people took advantage. He also said PM was keen that people across the country should be healthy. Hence the Centre was implementing the Ayushmaan Bharat scheme.
Kaul said the commitments take all along and work towards social and economic of up-liftment of the people across the country without any favour or discrimination on the basis of region or faith PM has adopted the slogan of “sab ka saath sab ka vikas” in true sense and the same is visible on the ground.
Darakhshan Andrabi inaugurate the Medical Camp in Kund, Kulgam and addressed large number of patients besides party workers and congratulate the doctors for remembering their roots and people of J&K, Andrabi assured every kind of help to the doctors for organising such functions in the future too in different localities for the welfare of people of J&K.
Manzoor Bhat, Incharge Free Medical Camps Kashmir & Incharge Media & IT Dept J&K, as part of the ‘Seva Pakwada’ to mark the birthday of Prime Minister Narendra Modi.
Kashmiri’s largest mega free general medical camp was organized at Kund, Kulgam where hundreds of patients approached this mega health camp.