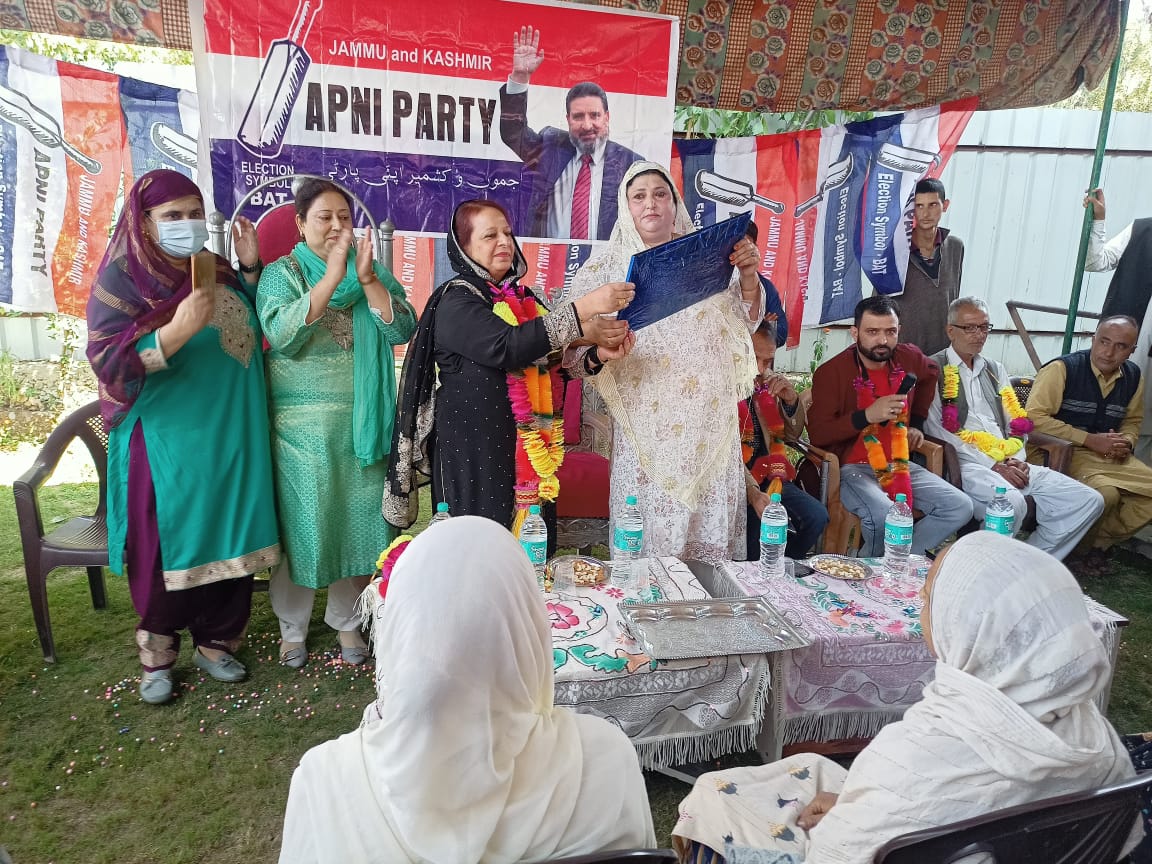 Srinagar, Sep 17: The Women’s Wing of Apni Party on Saturday held a daylong convention in the Nowpora, Charar-i-Sharief area of central Kashmir’s Budgam district.
A statement from the party spokesperson said that besides women workers from the area, a large number of local women attended the event, which was organized by the women leaders from the Charar-i-Sharief constituency.
AP state secretary Muntazir Mohiuddin, while addressing the gathering, reiterated the fact that Apni is committed to ensuring the upliftment and empowerment of the womenfolk in Jammu and Kashmir.
He said, “Our leadership has resolved that we will leave no stone unturned to ensure the social, educational, economic, and political empowerment of the J&K women.”
He added, “Kashmir’s women have been falling prey to the protracted conflict and bloodshed over the past more than three decades. Also, they have been deprived of their fundamental rights by the political parties that ruled J&K over the decades. The Apni Party will wipe away the tears from the eyes of our mothers, sisters, and daughters and we will make sure that womenfolk get their due rights in society.”
On this occasion, while addressing the congregation Provincial President (Kashmir) for the party’s women’s wing Dilshada Shaheen said, “Unlike traditional political parties in J&K, Apni Party has a clear-cut vision for the upliftment and empowerment of women in J&K. This party was launched on March 8, the day which is celebrated as women's day internationally. This indicated that the party is committed to ensuring upliftment and the empowerment of the women folk.”
Dilshada urged the women to stand to get their constitutional rights. She said, “Women have the same fundamental and legal rights in society that men do. However, in J&K the political parties who were at the helm of affairs most of the time during the past 75 years, deprived women of their due rights.”
She added, “Apni Party’s leader Syed Mohammad Altaf Bukhari is a truthful person, and he has promised a dignified life for the women in J&K. I assure you that he will not let us down. Apni Party has an unambiguous agenda and vision for the empowerment of women.”