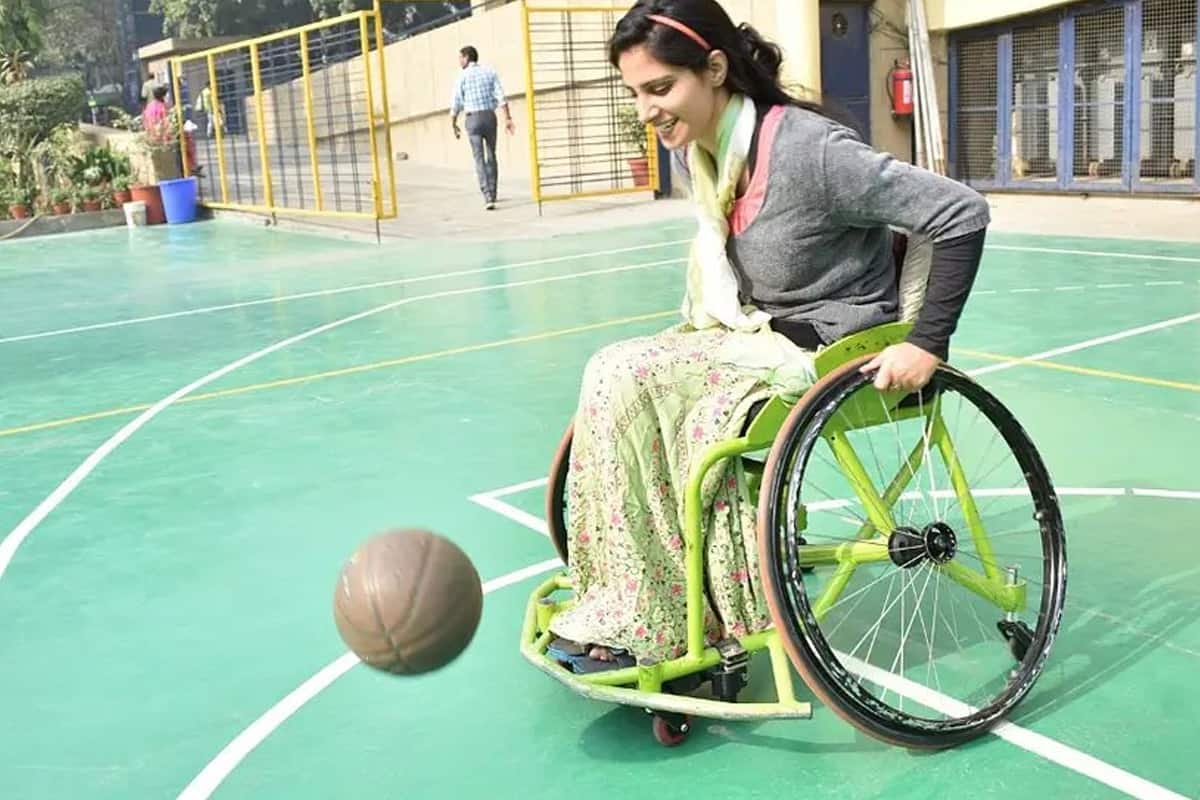 Despite being wheelchair-bound, Insha Bashir has become a source of inspiration and an example of endurance and endeavor for those who want to take their life's passion forward with physical disabilities.
“Whatever I have done or achieved in life, can be achieved by anybody’’ Insha told Rising Kashmir.
28-years-old Insha hails from Beerwah village of central Kashmir’s Budgam district, and is pursuing a Master in Social Work (MSW) from Kashmir University and is an international wheelchair basketball player.
Insha was selected recently to represent India in the international Wheelchair basketball tournament to be held at Sports Complex Noida, Delhi this year.
Besides Insha, Ishrat Akhtar was another girl from the valley who was selected for a national camp held at the sports complex Shadipora, Bandipora, organized by the Voluntary Medicare Society (VMS) and Jammu Kashmir Sports Council (JKSC) under the supervision of the Wheelchair Basketball Federation of India (WBFI).
“I will go through hard training to meet the standard of the upcoming international championship and I am confident that we will win the trophy for our country as we have the best wheelchair basketball players in our team,” she said.
Despite the harsh reality of life, she not only continued her studies but pursued basketball as a sport.
“It is only sports that changed my life, I want to do something for others, for myself, and make a name for my father and mother,” she says.
She represented India in the USA in March 2019 and participated in the national championship in Mohali Punjab in the same year. Due to her efforts, the team reached the quarter-finals for the first time. For this feat Insha was declared player of the year - 2019.
“I want to work hard and make Kashmir and the country proud of me,” she says, adding that she wants to prove her mettle in international events.
In 2009, at the age of 15, Insha met with an accident causing her to lose her standing power that completely changed her life.
“It has been 11 years now since I met with that accident in which my spinal cord got injured and since then, I am wheelchair-bound,” she recalls.
Describing the ordeal of the accident, she says she was studying a chemistry book on the second floor of the home as she was an aspiring medical student.
“At that time I felt like vomiting. Next, I opened my eyes in SKIMS hospital,” she says.
It was after that accident Insha was not able to stand on her own feet as the accident had paralyzed her both limbs.
She says that when she came to know that her spinal cord got injured and she cannot stand on her own legs anymore, it seemed to her as if her life had ended, and there was nothing to live for.
“My parents were hiding from me the truth that I cannot stand on my legs anymore, as I was aspiring for medical studies. However, when I was told that I could not continue my medical studies. I felt like that was the end of my life,’’ she said with tears rolling down from her eyes.
“I was in depression for five consecutive years after the accident,” she says, and added, “I used to think what would happen to me as I had lost all dreams and will to live.But I am grateful to Almighty that my family never left me alone and supported me all thick and thin.”
After being insisted on by her father, she went to Shafkat Rehabilitation center at Bemina for physiotherapy. One day when she saw J&K wheelchair players playing basketball. “That was the moment when I felt if they can play this, why can’t I,” she recalled.
She said a differently-abled national player, Mohammad Rafi Paray, approached her asking if she wanted to play and she nodded her head in affirmation.
Insha credits her basketball success to Paray, Dr. Saleem Wani, and her parents for supporting her in times of adversity and depression.
“Though it took me a long time to accept this reality, But, once I realized, I started taking everything positively and saw my disability as a challenge which had become a hurdle in my way to success,” she said.
She believes once one is determined enough to do something in life, the Almighty comes to his help, besides the people’s support. “With willpower one can see oneself in a better position and could overcome any adversity in life,” she adds.