Scientific Survey of four wetlands taken up, measures to be taken as per IMAP: Officials 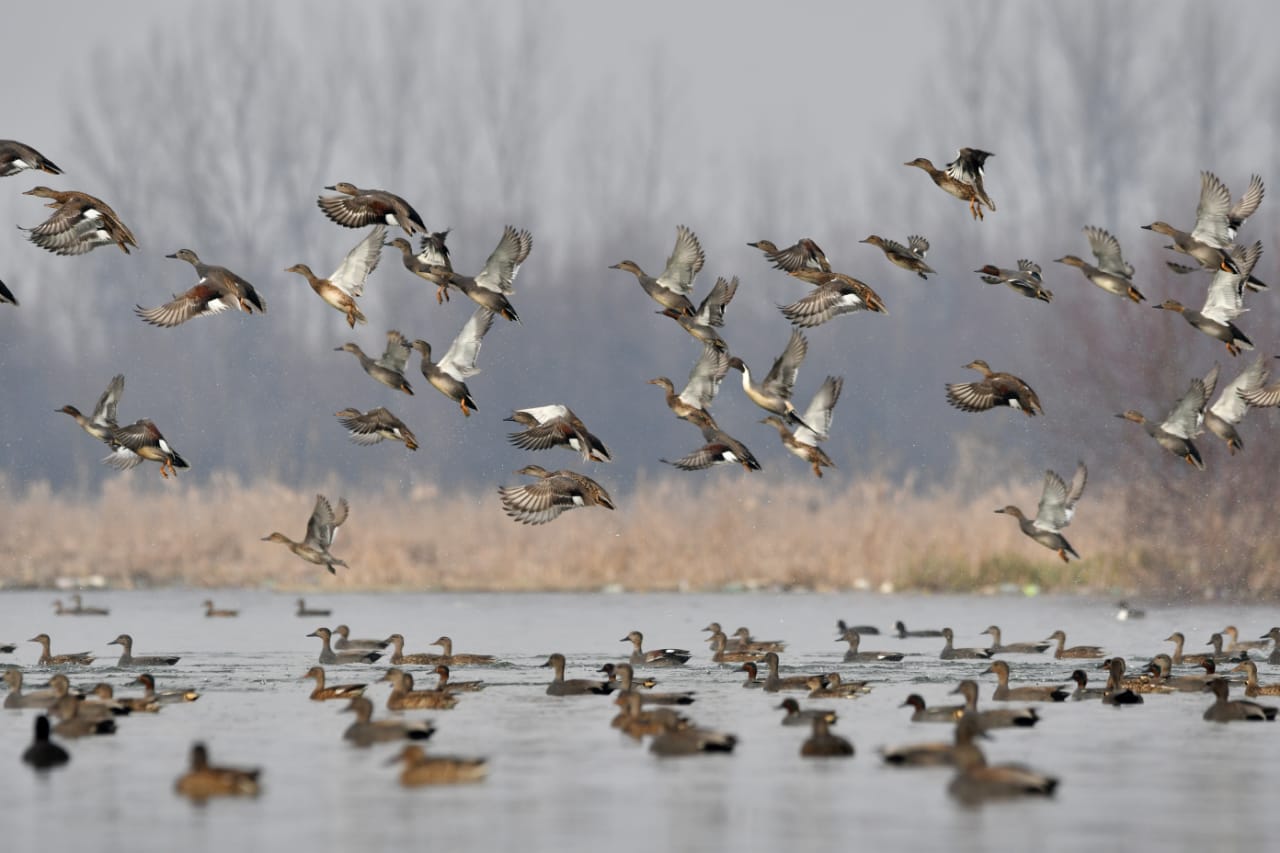 Srinagar, 20 Sep: Following the unveiling of the five-year Integrated Management Action Plan (IMAP) 2022-2027 for Wetland Conservation Reserves of Kashmir, the proposed document has underlined a series of threats and challenges in preserving the wetlands of the valley.
As per the proposed document reviewed by the Rising Kashmir among the threats it has underlined Siltation, Weed Infestation, Pollution, Habitat Modification, Degradation of Water Quality, Solid Waste, and Encroachment as a challenge in preserving the valley wetlands.
Highlighting the siltation concerns, the IMAP document has stated that the wetlands are fed by many perineal and seasonal water channels which are directly or indirectly linked to the River Jhelum basin or its offshoots, which bring water to these wetlands for their sustenance. However, they bring along a huge amount of silt as well.
“In Hokersar, much of the siltation has occurred at the entry points of these feeding channels i.e. Soibugh to Hajibagh. In Shallabugh Wetland, the feeding Anchar Nallah has brought Sangam Beat under heavy silt while as in Hygam, Ningli Flood Channel and Baal Kul are responsible for siltation in the wetland. Siltation has occurred to such an extent that during summer one can walk easily across these wetlands at different places”, reads the IMAP document.
The document further underlines that the growth of aquatic weed species such as Hydrilla, Azolla, Spirodella, Salvinia, Lemna, Barberea Vulgaris, Ceratophyllum, Nasturtium, Typha, Butomus umbellatus, Cyperus sp. and Potamegton is quite high and has assumed nuisance proportions.
“These weeds have posed great threats to all these wetlands. The presence of such 12 vegetation is the result of an infestation of silt and nutrient enrichment. The growth of aquatic weeds is one of the major problems faced by all these wetlands. A notable change is reflected by the fast spread of Sparganum errectum replacing Phgramites australis to a greater extent in the wetlands”, reads the IMAP document.
Meanwhile, Wildlife Warden Wetlands Ifshan Dewan told Rising Kashmir that their department has started a survey of four wetlands based on scientific grounds to make the valley wetlands for sustainable habitat for birds.
“A scientific survey of four wetlands has been taken, of which one survey at Hokersar wetland has already been completed while the survey at Shalabug, Hygam and Mirgund will also be taken up for necessary measures which include siltation and water management at these wetlands”, she said.
She said that the challenges are not common at all wetland sites, however, the conservation of the wetlands is been taken care of under the proposed five-year Integrated Management Action Plan (IMAP) 2022-2027.