One dead, several others injured in Poonch road accident 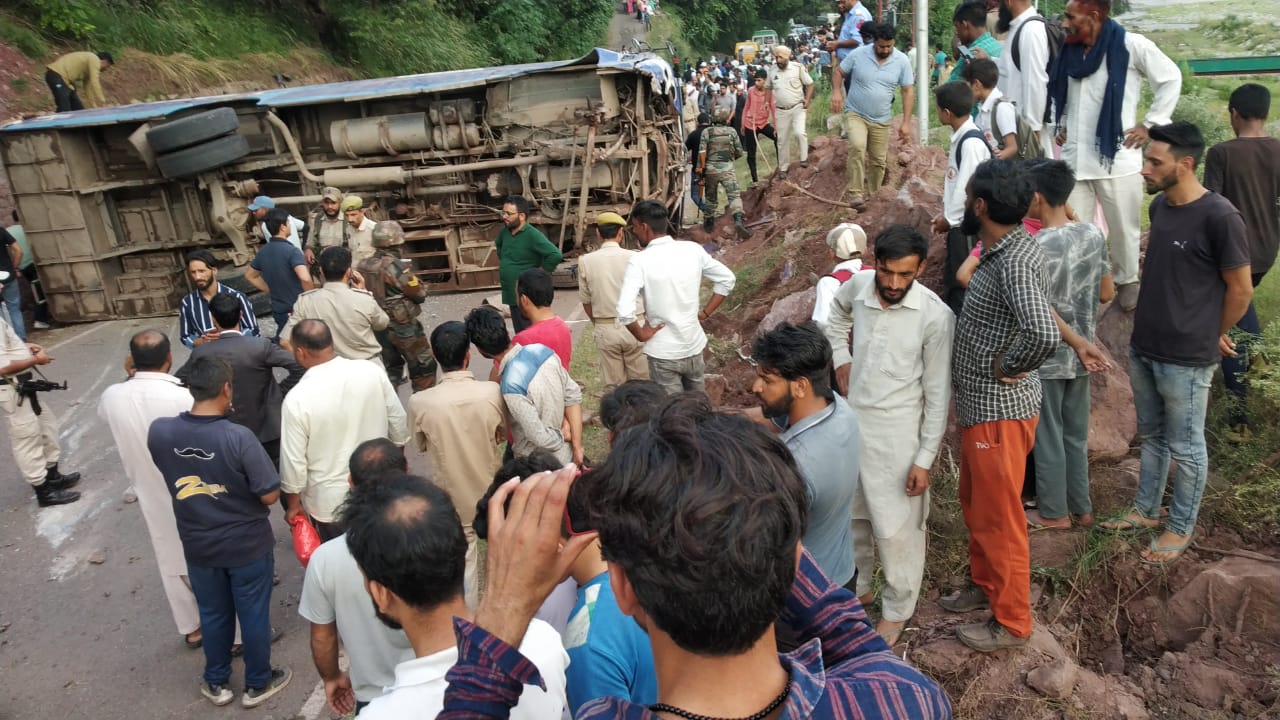 One person died and several others injured in a road accident after a passenger bus met with an accident near Khanetar area of Poonch district on Saturday afternoon.

Reports reaching that a passenger bus bearing registration number JK02BH-8493 met with an accident which resulted in on spot of death of a man and injury to several others. The injured persons immediately refereed to near by hospital for treatment.

A police official also confirmed about the accident and said that a case has been registered in this regard.