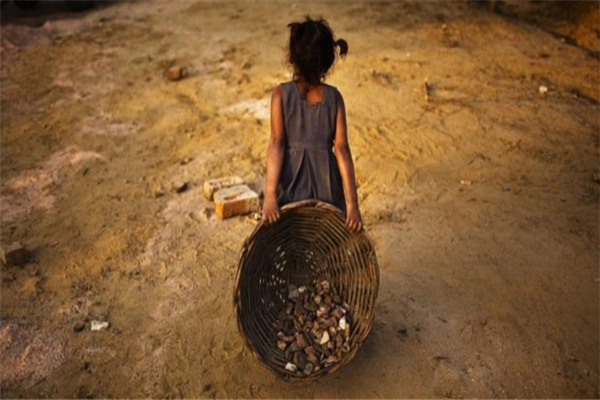 Can we eliminate child labour? Though it is a desirable goal the fact remains that in the given socio-economic scenario that is prevalent in our country, it is virtually impossible to do away with child labour. One cannot dispute the fact that employers exploit children by paying them much less than what they would pay an adult and the future of the working children is ruined as they are not able to attend schools and get educated.

While considering the economic compulsions of the families which force the children to work, one is compelled to admit that elimination of child labour will be a distant dream as long as the socio-economic status of these families is not improved.

Realizing the harm caused by child labour, the Indian Government made laws to protect children from exploitation and to improve their working condition. Besides, a comprehensive law called Child Labour (Prohibition and Regulation) Act. 1986, was promulgated to prohibit employment of children in certain hazardous occupations and processes.

In 1987, the Indian Government formulated National Police on Child Labour to protect the interests of children and focus on general development programmes for the benefit of children. As a part of this policy National Child Labour Projects have been set up in different parts of the country to rehabilitate child labour. Under these projects, special schools are established to prove non-formal education, vocational training, supplementary nutrition, etc., to children who are withdrawn from employment.

Though elimination of child labour is an impossible task in the current socio-economic scenario, the Indian government is committed to the task of ensuring that no child remains illiterate, hungry and without medical care.

Developed countries have been exerting pressure on India to eliminate child labour. Strategies like trade sanctions have proved as efficient means to exert pressure. In many of our cottage industries like carpet weaving, children are employed in larger numbers. These carpets, which are being exported, may soon lose their market abroad if buyers are discouraged from buying from them.

Child labour is no doubt an evil that should be done away with at the earliest. The prevalence of child labour reflects very badly on society. But in a society where many households may have to suffer the pangs of hunger if the children do not work, the problem is difficult to tackle. Therefore, unless the socio-economic status of the poor families is improved, India has to live with child labour.

(The Author is Social Activist and Freelancer)