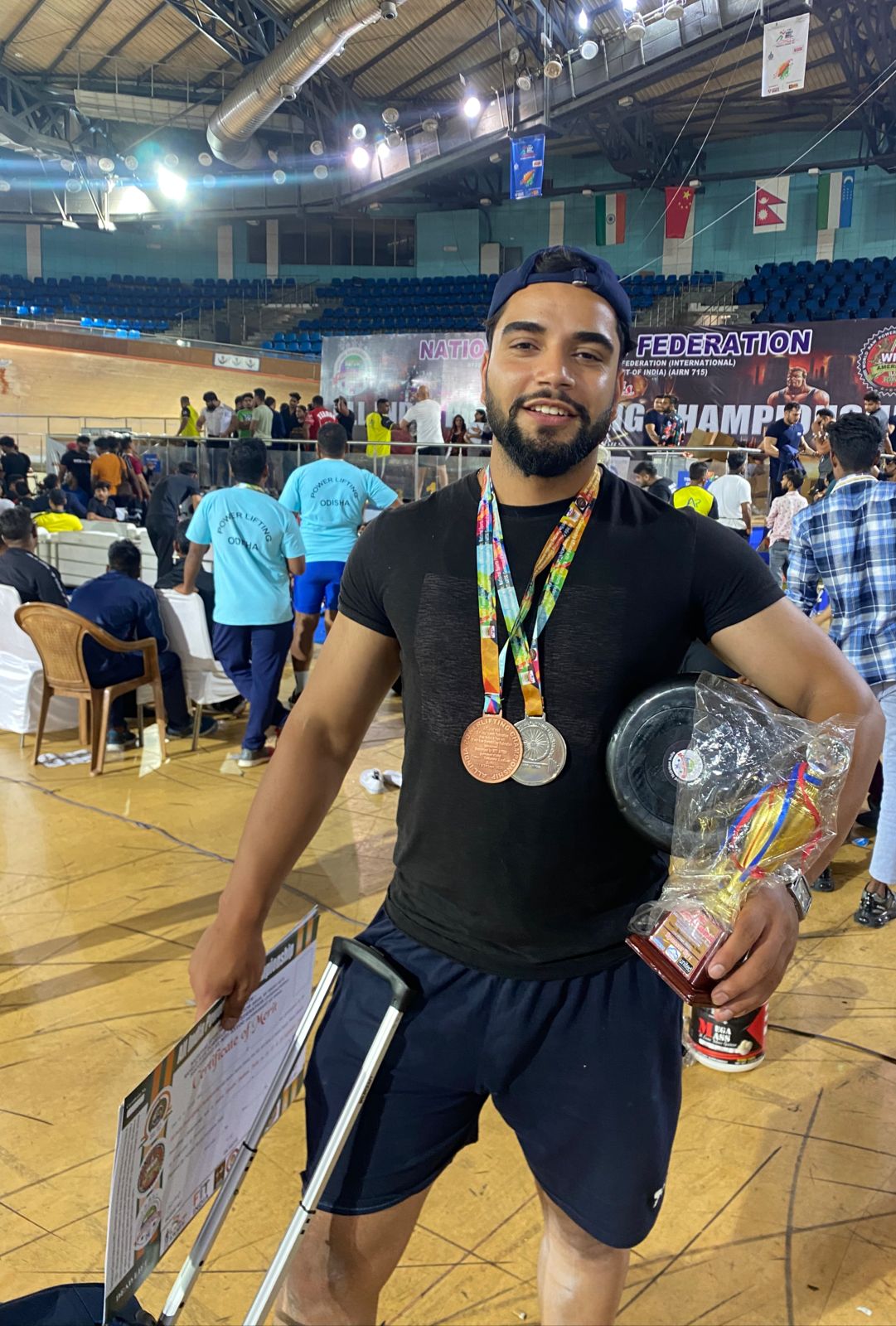 In his first ever debut at national event, Kashmir-based power-lifter Mohsin Khan brought laurels to the Union Territory by clinching gold in overall senior category in All India Powerlifting Bench Press Deadlift championship.

The championship was held at Indira Gandhi Stadium, New Delhi from September 22 to 24.

Mohsin lifted 125 kg in bench press, 230 kg in deadlift and 180 kg in squat, summing a total of 535 kg in the national event in which more than 3000 athletes across India participated.

“My happiness has no bounds after winning gold at such a big platform in which professional power-lifters across the country participated,” he told Rising Kashmir.

Mohsin started his bodybuilding career in 2018 and in his very first competition could not make much impact but learnt a lesson to pursue the sport with greater focus and intensity. He said that he competed in the 105 kg (senior) weight category in the event.

“My coach Sameer Zahoor left no stone unturned to prepare me for the mega national event. He trained me daily for four consecutive months by teaching me different techniques of powerlifting,” he said.

Mohsin has already won a number of titles in the competitions including three gold medals.

“I did not do well in my very first competition but learnt important techniques and technicalities of the sport,” he recalls.

He said he had prepared hard for the national event and had aimed for the gold which he achieved successfully.

“Winning gold at national level that too in debut is a big honour for me, it definitely has boosted my confidence,” he said.