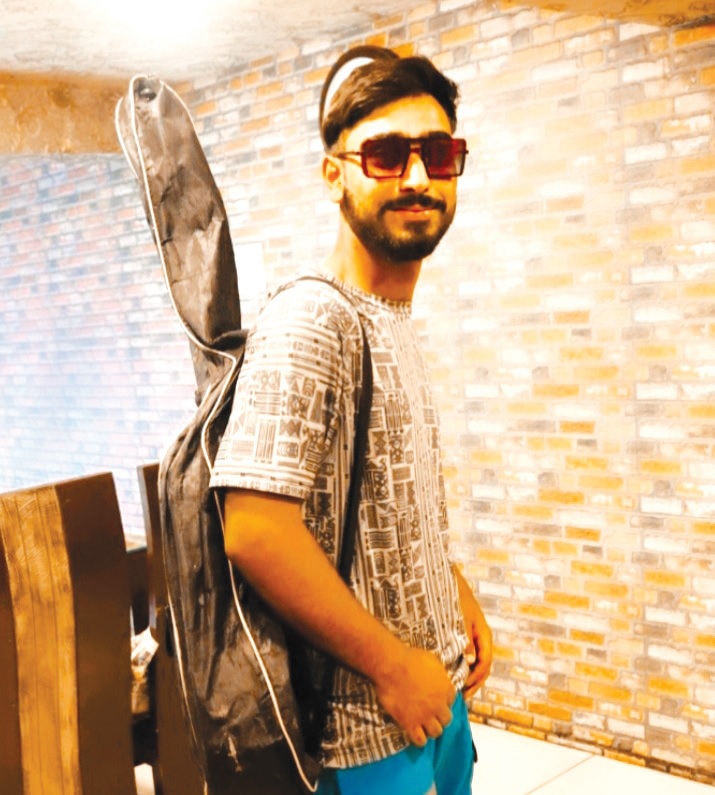 Faizan Hassan is an emerging young rapper who has attracted much attention after he started uploading his videos on social media platforms from last two months.

Over the years Kashmir has witnessed rise in the number rap artist. Across the country, rap is now a crucial part of the music industry and new faces are emerging.

Earlier, Faizan was very passionate about writing poems but, with time he shifter his focus on rapping and started making raps on prevalent social issues and problems.

He has made emotional, sad, entertaining raps and a rap on friendship. “Now, I am working to make a rap on girls’ motivation that will be released in November,” he said.

Faizan was motivated by his senior female colleague when he was working in a private networking company two years back. She supported me when I showed him my poems, he says.

“I was also inspired by some local rappers and I have met many of them,” he said. Hailing from an agriculture family, Faizan said his family has been supportive which has given him encouragement and hope to perform well.

“I want to make raps on unique subjects. I write myself and then sing the same in the form of rap,” he said.

Apart from raping, he currently works as a par time accountant at Fruit Mandi, Shopian to earn his livelihood.

“I want to keep rapping regardless of what some people say. When I uploaded my first video, I was afraid of what would be the response. But I got a positive response and people started following me,” he said.

Faizan was recently called by an Uttar Pradesh-based researcher to write about his journey and share his rap songs on Kashmir.