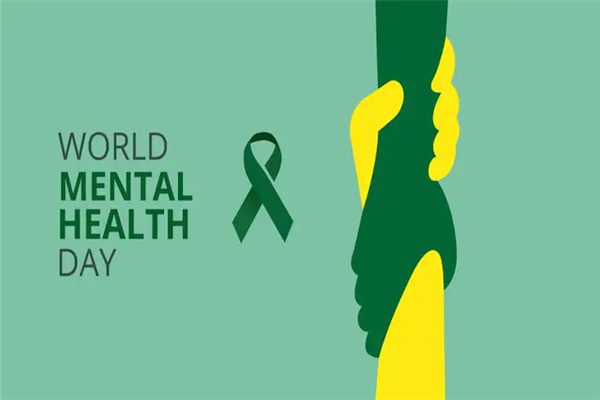 World Mental Health Day was observed for the first time on 10 October 1992. It was started as an annual activity of the World Federation for Mental Health by the then Deputy Secretary General of UNO Richard Hunter. The day is officially commemorated every year on October 10th. One day a year, we are asked to focus on the importance of mental health all over the world.

Mental health means keeping our mind healthy. Mankind generally is more focused on keeping their physical body healthy. People tend to ignore the fitness of their mind. Man’s superiority over other animals lies in his superior mind. In fact, man has been able to control life due to his highly developed brain. So, it becomes very important for a man to keep both his body and mind fit and healthy. Both physical and mental health is equally important for better performance and result.

Mental fitness implies a state of psychological well-being. It denotes having a positive sense of how we feel, thinks, and act, which improves one’s ability to enjoy life. It contributes to one’s inner ability to be self-determined. It is a proactive, positive term and forsakes negative thoughts that may come to mind. The term mental fitness is increasingly being used by psychologists, mental health practitioners, schools, organizations and the general population to denote logical thinking, clear comprehension and reasoning ability

It is estimated that nearly one in ten, worldwide, are grappling with mental health problems, of which anxiety disorder has acquired a ‘household’ status. Recent figures show that nearly 54 million mentally ill Americans add up to the nation’s economic burden.

The ability to enjoy life is essential to good mental health. The practice of mindfulness meditation is one way to cultivate that ability. We, of course, need to plan at times; and we need to learn from the past. Too often, we make ourselves miserable in the present by worrying about the future. Our life metaphors are important factors that allow us to enjoy the present life.

The ability to bounce back from adversity has been referred to as “resilience.” It has been long known that some people handle stress better than others. Those who cope-up well with stress share the characteristic of “resilience”.

We all know people who hold very rigid opinions. No amount of discussion can change their views. Such people often set themselves up for added stress by the rigid expectations that they hold. Working on making our expectations more flexible can improve our mental health. Emotional flexibility may be just as important as cognitive flexibility.

Anxiety disorders are known to hamper a victim’s quality of life. People suffering from such disorders are seen to be at their wits end, grappling panic attacks, or irrational fears, and sometimes even obsessive-compulsive behaviour. Mood disorder is another type of mental illness characterized by depression, manic depression or mood swings. Such patients may display extreme sadness or elation, and swings in activity and energy levels. One of the extreme consequences of mental illness may be the pronounced risk of suicide

It is estimated that over one million people worldwide die because of suicide. In the past ten decades, suicides have outnumbered homicides. Suicide is the result of extreme sadness and psychological distress relating to unfulfilled needs. The psychological pain a patient experiences is fuelled by a history of mental problems such as depression or anxiety. There is no perfect description of a person who is suicidal. Only a trained healthcare professional can spot the complex behaviour and avert a tragedy.

Mental Health is undeniably one of our most precious possessions, to be nurtured, promoted and preserved as best as we can. It is the state of mind in which the individual can experience sustained joy of life while working productively, interacting with others meaningfully and facing up to adversity without losing capacity to function physically, psychologically and socially. It is undoubtedly a vital resource for a nation’s development and its absence represents a great burden to the economic, political and social functioning of the nation. Mental health is a barometer of the social life of a population and the rising level of morbidity and mortality are a sign of social as well as individual malaise. The scope of mental health is not only confined to the treatment of some seriously ill persons admitted to mental health centers but related to the whole range of health activities.

In the past and present also, in the field of health our mind has been preoccupied with communicable diseases, because they were the biggest cause of death. We have been looking at health in terms of physical health, while neglecting mental health. The Government of India recognized the need to be proactive in its approach to promote the good mental health of its people and provide good quality care to those suffering from mental disorders. Mental health is an important component of health and development of the human society.

There have been innovative initiatives in the private sector in a number of areas of mental health. The most notable of these are crisis intervention, rehabilitation of the mentally ill, and care of the elderly and street children. However, this has mostly been at the local level, without adequate evaluation and expansion to cover the rest of the country. In this context, voluntary organizations should be given greater importance, and encouraged to participate in mental health care programme.

Mental sickness is becoming a growing issue in the 21st century. Not everyone receives the help that they need. Even though mental illness is common these days and can affect anyone, there is still a stigma attached to it. People are still reluctant to accept the illness of mind because of this stigma. They feel shame to acknowledge it and seek help from the doctors. Mental health cannot be separated from physical health. They both are equally important for a person.

Our society needs to change its perception of mental illness or disorder. People need to remove the stigma attached to this illness and educate themselves about it. If the mental illness is not treated at the correct time then the consequences can be grave.

Being both physically and emotionally fit is the key to success in all aspects of life. People should be aware of the consequences of mental illness and must give utmost importance to keep the mind healthy like the way the physical body is kept healthy. The mental and physical health cannot be separated from each other.

(Author is Nursing Research Scholar. He can be reached at: bandayaabid@gmail.com)