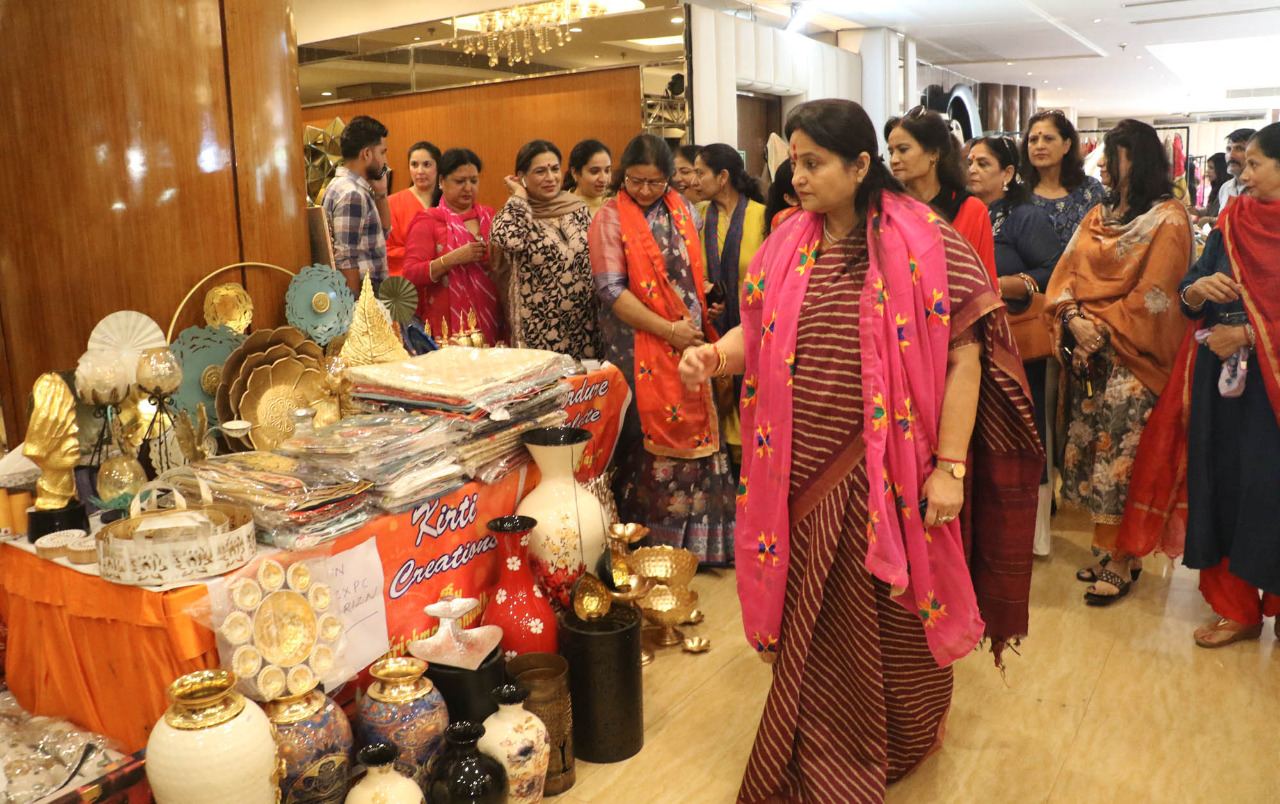 Jammu, Oct 01: PriyaSethi, National Executive Member BharatiyaJanata Party (BJP) and former minister Saturday asserted that the Prime Minister NarendraModi led government has accorded top priority to women’s entrepreneurship as a result of which women across the nation including the Union Territory are availing the benefits of various schemes specially launched for them.
She said that this has boosted the morale of women as these schemes ensure that they would not have to depend on others now.
She expressed this while addressing a gathering at a function where she along with SanjitaDogra, President J&K Mahila Wing inaugurated ‘Karwachauth and Diwali Special’ lifestyle exhibition.
The exhibition was organized by DivyaAbrol Lifestyle Exhibitors at Hotel ‘Zone ByThe Park’ near Jammu Tawi Railway Station.
The former minister said Women Entrepreneurs can be seen everywhere in the startup-up ecosystem of India. Women too are seen leaving their high-profile jobs as well as some stepping out of the four walls of their homes and joining the pool of Entrepreneurship in India.
“Women-owned businesses enterprises are playing a prominent role in society, inspiring others and generating more employment opportunities in the country. However, to promote a balanced growth in the country, there is need for sustainable growth of women entrepreneurs,” PriyaSethi said, adding that at present women are more in numbers among the beneficiaries of significant Mudra schemes. The increasing presence of women in the business field as entrepreneurs has led to the change in the demographic characteristics of business and economic growth of the country, she added.