The best way to protect yourself is by washing your hands with soap and water frequently, avoiding touching your eyes, nose, and mouth, and staying away from people who are already infected 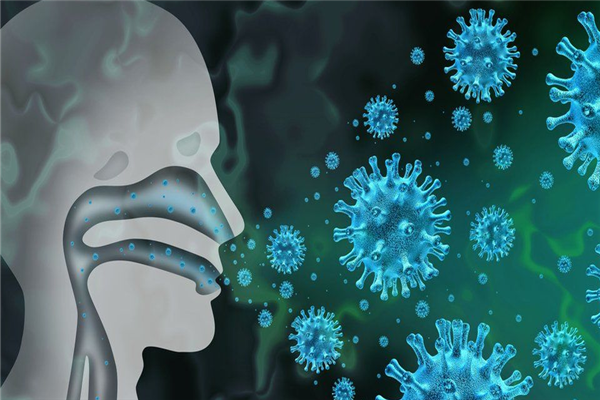 The cold and flu season is likely starting to take its turn and we cannot seem to get away from the coughing and sneezing. Viral infections that cause the common cold or the flu are a nuisance. They usually spread by -- direct contact with an infected person; indirect contact such as touching a contaminated surface, and/or exposure to an infected person who may be coughing or sneezing.

Centre for Disease Control and Prevention (CDC) says that common colds are the main reason that children miss school and adults miss work. Moreover, the CDC monitors flu activity closely. For example, influenza can occur at any time of year, but most cases follow a relatively predictable seasonal pattern. The first signs of influenza activity usually start around October, according to the CDC, and often peak at the height of winter. The peak month for flu activity during recent years was February, followed by December, January and March.

Respiratory Syncytial Virus (RSV) is a frequent cause of respiratory tract infection in infants and young children. In many children, it is not much different from a common cold. Symptoms range from a stuffy, runny nose, coughing for up to three weeks, and noisy breathing which can sometimes be accompanied by a low-grade fever. In most young children, it results in a mildrespiratory infection. However sometimes it may lead into more severe infections.

Influenza Virus can cause “the flu” or influenza at any age, and can sometimes cause an uncomplicated cold. Influenza infection can often be prevented by a yearly influenza vaccination, in children and their families. The flu is caused by the influenza virus, of which there are three types: influenza A, influenza B, and influenza C, with most of the circulating virus being influenza A.

The common cold leads to a runny nose, fever, and cough, in children and adults. Most colds last about a week. The runny nose associated with a cold can be thin or thick, and can be clear-coloured, or white or green. Many people with a cold feel mildly tired, or unwell.

RSV is a common cause of bronchiolitis. In younger children, when the inner lining of the lungs becomes inflamed, it is referred to as bronchiolitis. This inflammation results in swelling and an increased production of mucous, which can get in the way of air going in and out of the lungs.

Nostrils may flare up and there is difficulty breathing or breathing noisily (wheezy or harsh). The young children may also have a hacking cough, be irritable or lethargic. There is a need to watch for abnormally quick breathing, a weak cry or voice and lips and nails that are whitish or bluish. Children with such kind of symptoms need to see a doctor right away.

Like colds, children with mild flu may have symptoms of runny nose, sneezing, a mild cough and a low-grade fever. Unlike with colds, children with the flu often have a headache, aches and pains in the muscles, vomiting and diarrhoea and sometimes a sore chest. Severe flu may resemble bronchiolitis with a decrease in eating and drinking, high fever, increased sleepiness and difficulty breathing.

Croup is a viral infection of the breathing passages just below the voice box. Croup usually starts with cold-like symptoms, with a runny nose, sore throat, and fever, which then progress to a barky or seal-like cough, and difficult and/or noisy breathing.

Common cold and flu viruses try to gain entry into our bodies through our nasal cavities. Fortunately, our nasal cavity lining has sophisticated defence mechanisms against these microbial invaders. Our noses constantly secrete mucus. Viruses become trapped in the sticky snot, which is eventually moved by tiny hairs called cilia that line our nasal passages. We swallow and our stomach acids neutralize the microbes. However, cold air cools the nasal passage and slows down mucus clearance. Viruses can now stick around for longer, trying to dig through the snot to break into our body. Once a virus has penetrated this defence mechanism, the immune system takes control of fighting off the invader. Phagocytes, which are specialized immune cells, engulf and digest viruses. But cold air has also been linked to a decrease in this activity. Rhinoviruses actually prefer colder temperatures, making it difficult not to succumb to the common cold once cold weather begins. At a normal body temperature, these viruses have been found to commit cell suicide or to encounter enzymes, as per a research study.

The best way to protect yourself is by washing your hands with soap and water frequently, avoiding touching your eyes, nose, and mouth, and staying away from people who are already infected. These rules also apply to influenza. The CDC recommends a yearly flu shot as the best way of preventing infection.

Moreover, extra care should be taken by carefully washing all touchable things and common surfaces to avoid the spread of infection in children. However, should you fall prey to a winter virus, here are some home remedies to consider to help ease your symptoms.

?GINGER – antimicrobial and anti-inflammatory. In addition to treating cold/flu, ginger is excellent for nausea and vomiting.

?HONEY – Honey is antibacterial, antimicrobial, and antiseptic. Do not give honey to children under one year age.

?LEMON – High in vitamin C, lemon may help decrease the strength of the cold and flu virus in the body and reduce phlegm. Many people use lemons to build resistance to cold and flu, and speed up healing.

?COCONUT OIL — It has naturally high levels of lauric acid, which the body converts into a compound that has potent antimicrobial properties, can help boost the immune system and ward off illness. It can be taken with food, melted into hot tea or eaten straight out of the jar.

?COD LIVER OIL- High levels of omega-3s make this ideal for reducing inflammation, while the naturally occurring levels of vitamins A and D help boost immune health. During times of sickness, you can double the recommended daily dose for extra immune support.

?WARM LIQUIDS - Homemade broth, hot lemon water, and herbal teas all help boost the immune system and soothe you when feeling sick. Ginger is good for sinus trouble and congestion. Homemade cinnamon tea made with one tablespoon of cinnamon and one teaspoon of honey helps reduce coughing and congestion.

?NASAL WASH -- When you have sinus congestion, excess mucous is unable to drain, which can lead to a bacteria build-up, swelling and stuffiness. Rinsing your nasal passages with filtered water helps to clear out excess phlegm, pollutants and bacteria, so your normal nasal mucosa can better fight infections and allergies.