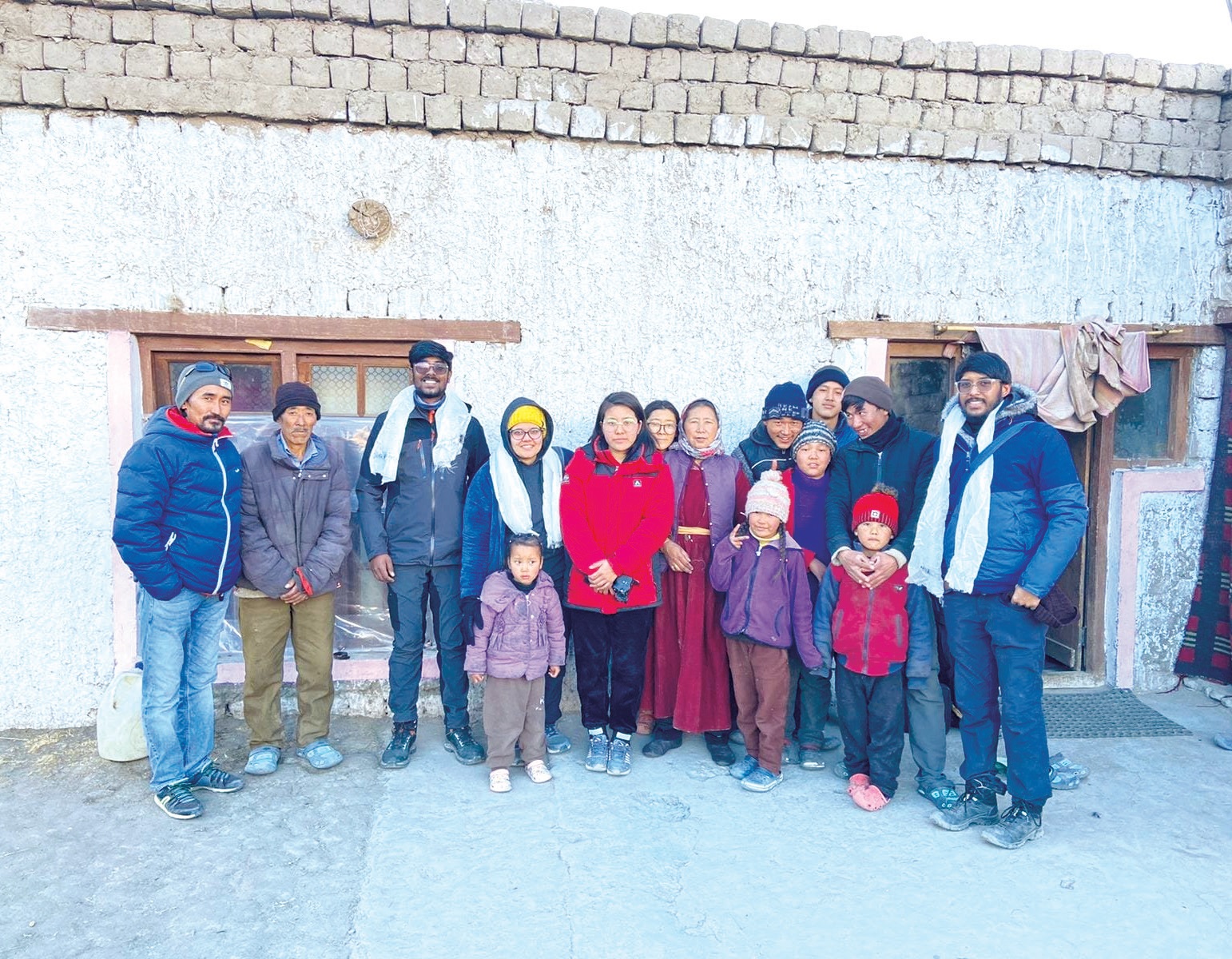 Life in a small village, Tunah of Leh can be challenging in terms of technology and connectivity but Skalzang Dolma of Bot tribe found a way to showcase the culture and tradition of her place to the world.

She runs her Facebook page by the name, Lamstan. On the page, she posts regularly about her community with an aim to preserve the culture and spread more awareness about it.

Through one of the groups on Whatsapp, she came to know about the GOAL (Going Online As Leaders), a program by the Ministry of Tribal Affairs (MoTA) and Facebook, empowering youth and tribal communities through digital technology, that helped her in achieving her goals.

The program was designed for capacity building of tribal youth across the country. Under this program, mentorship was provided to tribal youth through digital mode focusing on three core areas – Digital Literacy, Life Skills and Leadership and Entrepreneurship across sectors like Agriculture, Art & Culture, Handicrafts and Textiles, Health, Nutrition, among others.

“Through GOAL I met my mentor Ishtiaq Ali, who not only helped me in honing my soft skills like speaking more fluently in Hindi and English but also in confidence building, leadership and entrepreneurial skills,” she said.

With the help of the GOAL program, she built her own venture called Lamstan Young Association. Today at least one person from every household of her village has become a part of this association, where they share and teach skills to each other.

“While the craftsmen in my village like my grandfather create musical instruments and the traditional hats called Sertot. The women are better known for their weaving and knitting skills. Through Lamstan Young Association's Facebook page, I not only showcase their work but also get to talk about my community, culture and tradition and show it to the world,” she added.

In the past, she has been a sport enthusiast, has participated in a number of sports events including National Ultra Marathon in Ladakh and has also been a national level boxer but had to give up sports because of the surgery.

Though this was an impediment, she didn’t lose hope and aspirations to become an entrepreneur. She ran a medicine business but had no money to support it. In an area which had limited access to digital media and the internet, the GOAL program made her dreams come true.

Due to the lack of knowledge regarding digital resources, she has to face a lot of challenges. She said that there are many like her in tribal areas who are significantly less connected digitally than the rest of the country, especially the young tribal women.

“Technology has played a crucial role in helping me upskill digitally and realize my true potential. It has given me the opportunity to leverage the digital platforms available today for not only connecting with the rest of the world but also to enhance my interpersonal skills & learn new ways of doing business,” she said.

After completing her GOAL training, she also worked as a Guest Service Associate at a hotel in Leh. She wanted to prepare for the government job exam so she had to quit the job and got selected for a constable post in Ladakh Police.

She said that the second phase of the GOAL program has been announced.

“With everything I have learnt from GOAL, I feel a secure sense of confidence in myself to usher a change for the betterment of my community. In future, I not only want the communities in Sikkim and J&K to get inspired but also youth and women across the country living in the most remote corners of the world hear my story and realize the true potential of digital platforms,” she said.