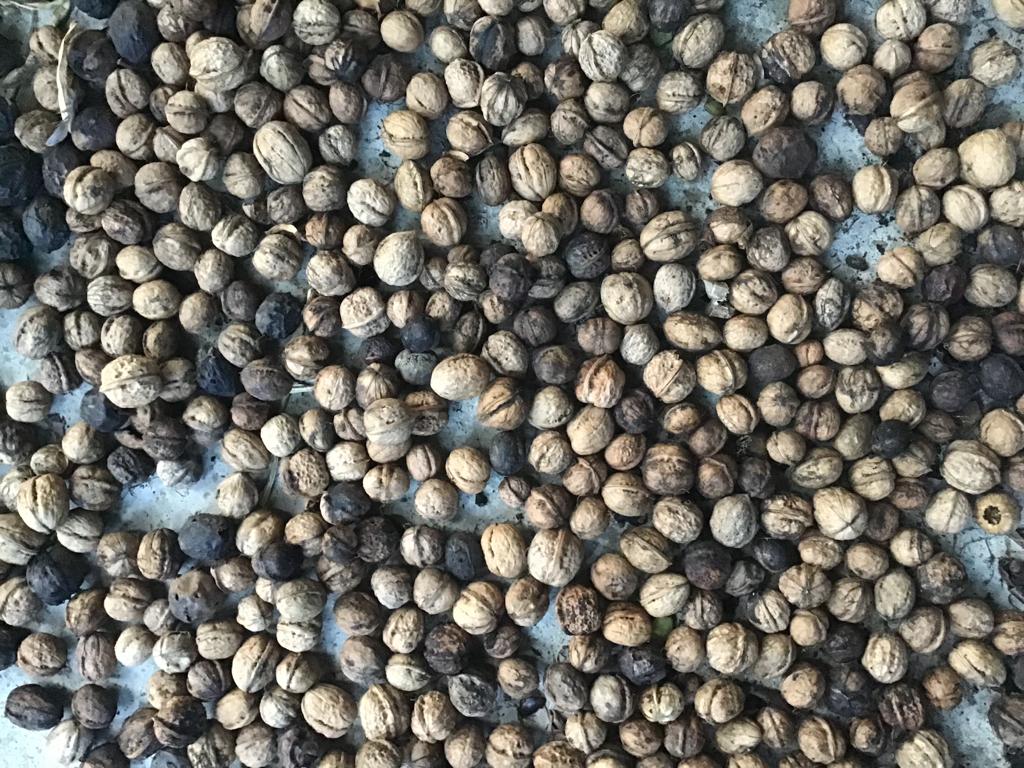 With the India-Pakistan adhering to ceasefire pact for the past over one year, lives of thousands of residents of Uri living along the Line of Control (LoC) in north Kashmir's Baramulla district are changing to a greater extent for good. Be it border tourism, business, farming or living a normal life, people of several villages in Uri are happy with the ceasefire.

The walnut business is one of the main occupations of people living along LoC in the frontier Uri area. The hilly terrains make it feasible to grow walnuts which are later on sold in local and national markets by the people associated with the business. The ceasefire has provided the locals with a hope of bumper crops and they are expecting a good return.

Shabir Ahmad Qazi, 36 a resident of Batagarh village in border town Uri, is hopeful of a bumper crop and a good business this year again with the truce still intact.

Qazi deals in walnuts and usually sells his crop in the local market.

“Earlier, we used to gather shells, instead of walnuts. But with the ceasefire going on we are able to visit our fields and gather the walnuts freely.  The business is good now as the rate of kernels is almost 1200 per kilogram which otherwise used to be Rs 600 per kilogram outside Uri," Shabir told Rising Kashmir.

He however said that with no monitoring of rates at administrative level, the traders in Uri market are purchasing walnut kernels from farmers at a very low rate.

"There should have been a monitoring body which can regulate prices. It is only the walnut traders who are earning from it mainly. We got a chance to earn a good living after several years," Shabir added.

The traders in Uri told Rising Kashmir that the walnut business is good as the supplies from villages along the Line of Control (LoC) are on rise this year.

“People living near LoC villages are contacting us to sell off their walnut crop for a good amount. We were not able to buy walnuts from these border villages for the last many years due to continuous shelling in these villages. Labourers were not ready to go there but the ceasefire has changed the lives of people here in these villages,” said Haji Showkat Ahmad a walnut trader at Lagama Uri.

Haji Showkat told Rising Kashmir that a major chunk of walnut is supplied from villages falling close to Line of Control including Tilawari, Nambla, Hathlanga, Soura, Thajal, Gawalta and Gowhalan.

"We receive walnuts from other areas of the district also but a major chunk flows from the villages close to LoC and this year more farmers are coming up with walnuts to sell in the open market. Situation is changing with each passing day and the ceasefire definitely helped the people here a lot," he added.

The two countries India and Pakistan had agreed to adhere to the ceasefire pact on February 25, 2021.

The Lagama market of Uri is considered as one of the finest walnut markets of Kashmir where kernels of different sizes and shapes are sold all over India and in international markets.

With the ceasefire between the two nations, the locals are expecting good years of business ahead.