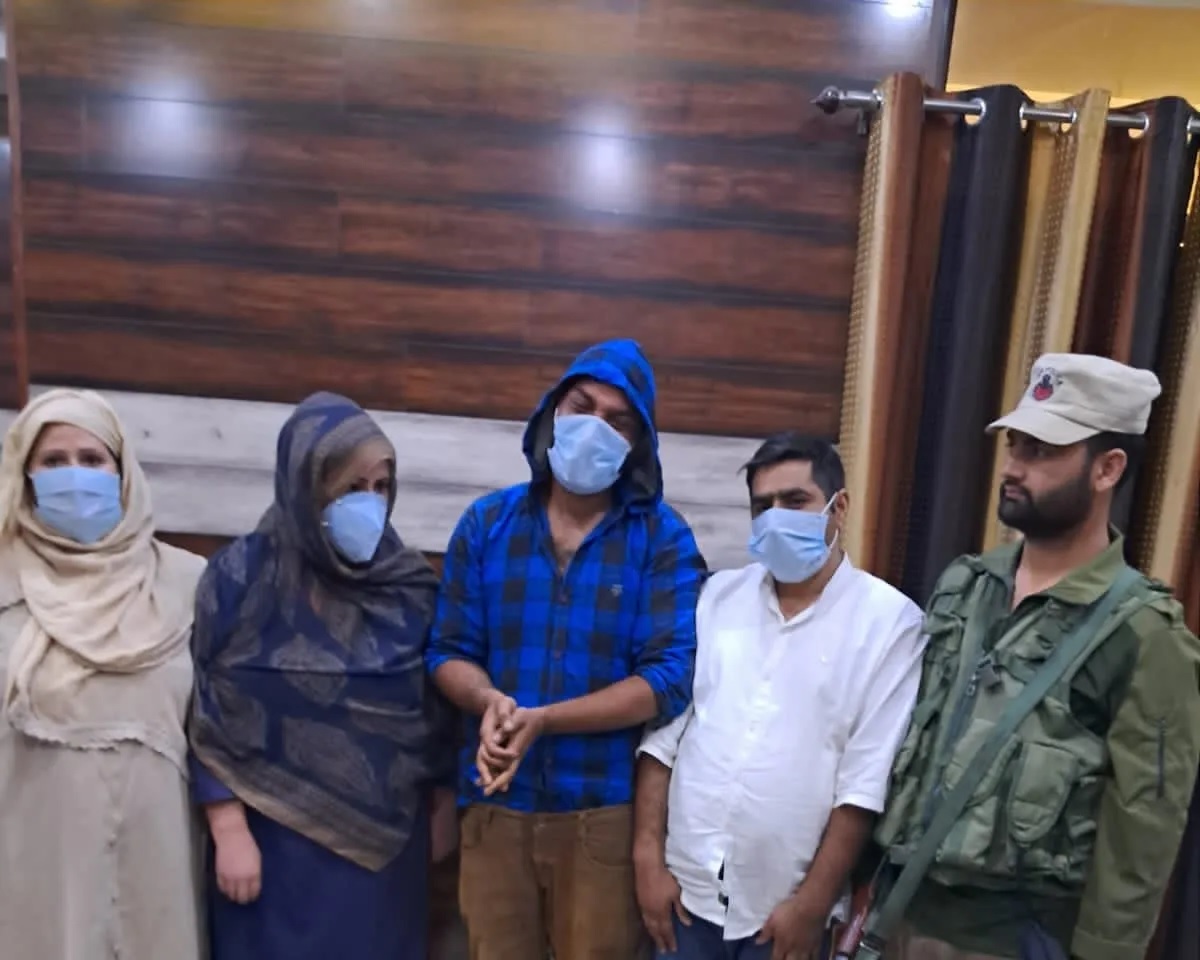 Srinagar, Sep. 30: Sextortion racket which was busted recently had targeted several people in the last six months and extorted Rs 40 lakh from the victims, police said on Friday.
SSP, Srinagar City Rakesh Balwal told Rising Kashmir that the group had been operating in Srinagar, and Budgam districts for a year had blackmailed many people.
The officer informed that the arrested couple and their friend, who had duped a government official, had been arrested, and further arrests, in this case, are expected soon.
“People are getting WhatsApp video calls and suddenly women in naked conditions appear on the screen, and later the victims are threatened to pay money or they will upload their videos and pictures..” the officer said.
According to the police, the unraveling started earlier this week when a senior government employee went to the police and complained that he had been scammed out of Rs 8 lakh and was being blackmailed.
On Wednesday, the three suspects, Shaista Bashir, her husband Aijaz Ahmed Ganie, and their friend Jahangir Ahmed Dar, were taken into custody on suspicion of running a sophisticated "sextortion" racket.
The Srinagar police have urged people to report the incidents within a time frame, adding that their identities will be kept confidential.

Another senior police official told Rising Kashmir that the gang appears to have been inspired by social media blackmailing. He said that some more arrests are expected in these cases in the coming days.
In a statement earlier, police said that one Nazir Ahmad Rather of Budgam lodged a written complaint at Police Station Shergarhi that some days back, he received a call from one lady identified as Saba and she insisted he meets for some work.
It is said that when he met her near Bakshi Stadium Srinagar, the lady took him to her room at Reck Chowk Batamaloo and started levelling false allegations against him inside the room.
In the meantime, three other men (associates of the lady) forcibly entered the room and started making a video. Then she, along with her accomplices, started blackmailing him and he fell prey to a well-planned conspiracy of sextortion. "
The trio was identified by police as Shaista Bashir Saba, a resident of Narkara Budgam, Jahangir Ahmad Dar, a resident of Pethpohru Handwara, and Aijaz Ahmad Ganaie, a resident of Narkara.
Meanwhile, police have registered a case FIR No. 76/2022 U/S 34, 384, 120-B, and 506 IPC registered in Police Station Shergarhi, and an investigation was set into motion.