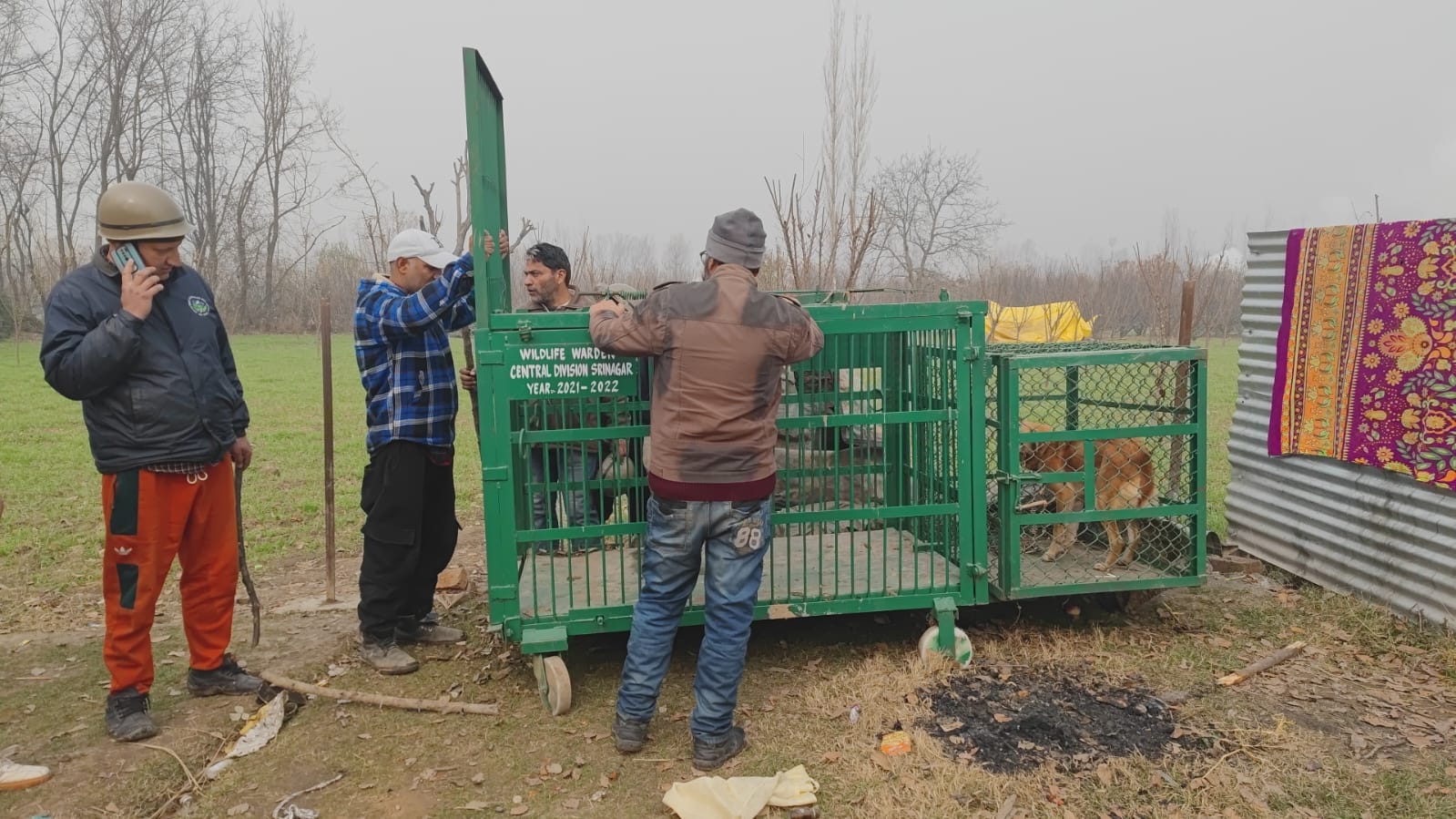 Pampore : The officials of wildlife department have intensified searches for catching a leopard in Ladhoo area of South Kashmir's Pulwama district after it mauled three members of a family.
Ranger Wildlife department, Khurshid Ahmad said that they have installed a cage with prey in the village for catching the leopard.
He said that their team has been carrying out searches for catching the leopard soon after the incident took place.
"The leopard has turned violent after the attack, so it is my humble request to all residents of Ladhoo and neighbouring villages to keep their children indoors during morning and evening hours till the wild animal is captured," he said, adding that residents should visit their fields in groups.
He informed that on intervening night of Thursday and Friday Zakir Hussain Khan, his wife Shaheena Akhter and son Zahid Hussain Khan were mauled by the leopard inside a makeshift hut at Batpora Ladhoo.
He said the family belongs to Bakerwal community.
Khurshid said Zahid Khan ( 4) sustained serious wounds on face and his parents were having minor scratches.
Mehmood Khan, father of Zakir Hussain Khan, said that it was around 1:00 am that the leopard attacked his family.
" First he mauled the boy and after sometime carried out a second attack in which the parents of the boy were injured," he said.