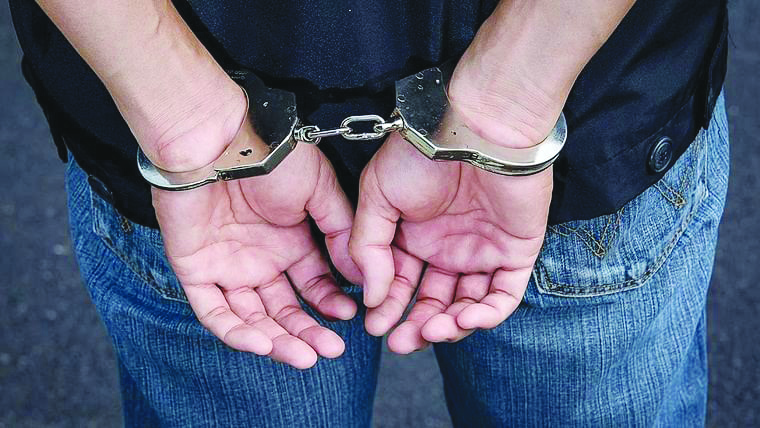 Baramulla, Dec 03: The Jammu and Kashmir police Saturday said that they have arrested the professor of Agriculture University in north Kashmir's Baramulla district after a student leveled allegations of misconduct against him.
A top police official in Sopore told Rising Kashmir that the accused professor was arrested late Friday night.
"A case was registered at police station Bomai and investigations were taken, following which the accused was arrested late Friday night and remains in police custody,'' the official said.
Earlier the SKUAST authorities suspended the accused and initiated an inquiry against him after protests broke out in the Sher-e-Kashmir University of Agricultural Sciences and Technology (SKUAST) at its Wadura campus in north Kashmir's Baramulla district.
The protesting students demanded stern action against the accused who is the head of the division of agriculture extension and communication at the university.
SKUAST Vice Chancellor Prof. Nazir Ahmad visited the varsity campus on Saturday and promised the students that the issue will be thoroughly investigated.
"We will come up with an online grievance portal for the students within a few days," he said.
The Vice Chancellor said that no doubt an unfortunate incident has been reported in the institution and there is no space for such people who lack ethics and morality.
"The accused has already been dealt with, and he is currently suspended. The sexual harassment committee is closely investigating this situation, and additional action will be taken against the accused in accordance with the applicable legal provisions," VC added.
Meanwhile, Deputy Commissioner Baramulla Dr. Syed Sehrish Asgar while reacting to this incident said that every female has the right to speak up whenever and wherever something goes wrong with her.
Dr. Syed Sehrish Asgar, speaking to a group of students at Sopore, said that her administration would take severe action against anyone engaged in improper behaviour, including harassment of women.
"I am not afraid to speak on delicate subjects since every girl and woman have the right to speak whenever and wherever they want if something doesn't seem right, but at the same time, one has to approach concerned authorities, whether it's at college, school, or the workplace," she added.