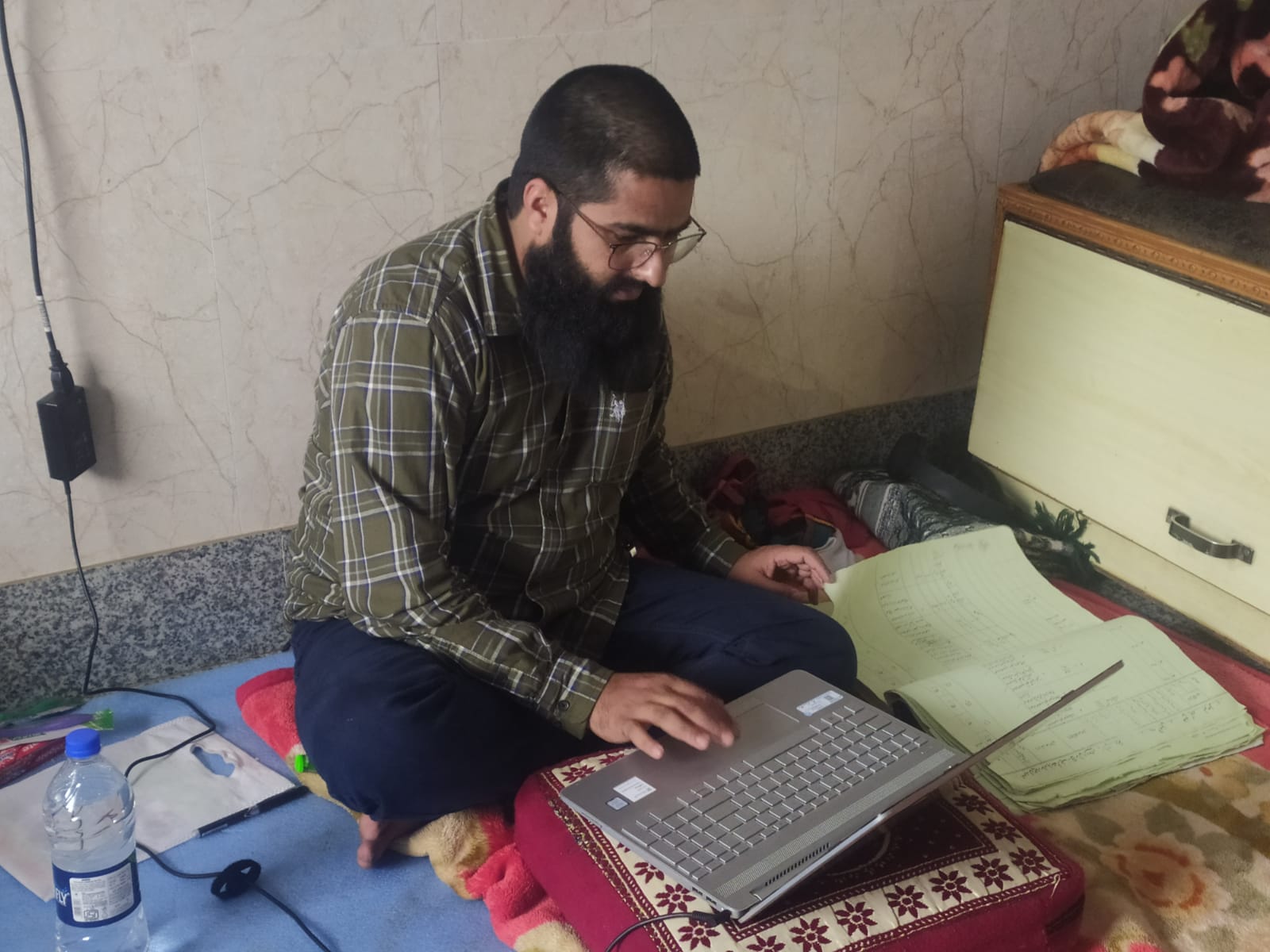 Pulwama, Sep 16 : Personal problems or family issues are not an excuse for discharging professional duties. This is what a revenue official who is attending his ill brother at a hospital has demonstrated.

Riyaz Ahmad Deedad, Patwari for Halqa Gangoo in South Kashmir’s Pulwama district, has been working from the post-operative room of a hospital for the past three days.

His younger brother was admitted in the hospital on September 14 where he was operated for phalanx replacement.

“Soon after the surgery we were shifted to room number 122 but the internet was not working there,” Riyaz said.

He added that he requested the hospital staff to shift them into a room where he could work on the internet.

They were shifted to room number 117.

Riyaz has been working in one corner of the room sitting on a mat for the past three days.

He has been working throughout the day and night taking little rest. Simultaneously, he is attending his younger brother, Showket Ahmad,14.

The hospital staff were impressed with his dedication towards his professional duties.

They clicked a few photographs of him while working in the post-operative ward.

The pictures became viral with people hailing him for his dedication.

“ I have been put on leave by my concerned revenue magistrate,” Riyaz said, adding that the urge to complete digitisation of jamabandis as soon as possible made him work from the hospital ward.

He added that he has completed more than 60 per cent of his work.

“ It will take me two more weeks to complete it,” he said.

He added that not only he but most of the patwaris are working beyond duty hours for digitising the records as soon as possible.

“The Patwar association of Kashmir has vowed to leave no stone unturned in finishing this job,” he said, adding that despite the dearth of manpower they are giving their best.

I have four villages to look after which fall in the neighborhood of Pulwama town.

“Due to a series of sale and purchase transactions it becomes complex and is taking time,” he said.