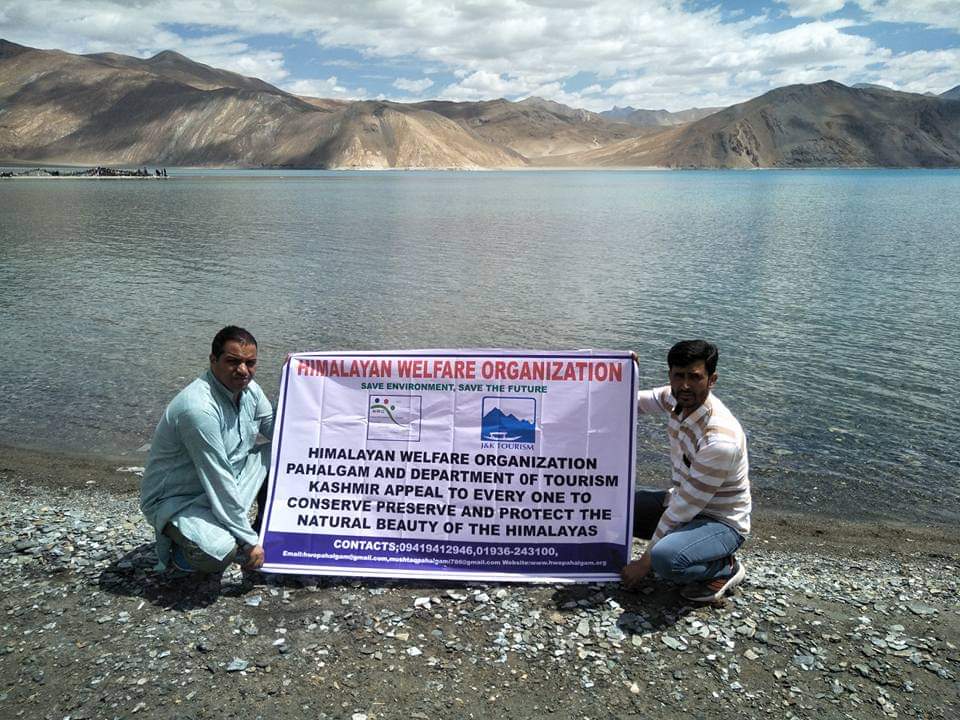 Anantnag, Sep 28: A trekker from the famous tourist place of Pahalgam in south Kashmir’s Anantnag district has been mobilising community members to conserve the fragile environment of the area by keeping it green and clean.
Mushtaq Ahmad Magrey popularly known as Mushtaq Phalgami, 41, has been crusading for conserving the fragile ecosystem of Pahalgam for around 14 years.
Talking to Rising Kashmir Mushtaq said that he is a former “A class civil contractor” but from past decade he has devoted himself to environmental activism.
“I am one among the devout mountain hikers of Kashmir,” Mushtaq said, adding that he started hiking when he was in 8th standard.
Mushtaq added that it was in 2007 that he noticed during a trekking expedition that pollution has started taking a toll of previously virgin treks, pristine meadows and water bodies in upper reaches of Phalgam.
“The treks, meadows and green pastures littered with various trash items moved me,” he said, adding that he decided he would mobilise his community for changing their attitude towards environment.
He said that initially he talked people on one to one basis but that was not effective.
The environment activist felt a need to make a forum for mobilising society at large.
With like-minded people Mushtaq founded Himalaya Welfare Organisation-HWO- in 2008.
“We conducted seminars, symposiums, debates and discussions. Our message struck people and they became part of our campaign,” he said, adding that it resulted the market in Phalagam became polythene free.
“Pahalgam is the first place in Kashmir where shopkeepers avoid using polythene bags,” he said, adding that this became possible because of their strenuous efforts.
More than 100 youth are active members of this organisation who make special trekking expeditions every year for bringing trash from upper reaches of Pahalgam.
Mushtaq calls these as social treks or green treks which were initiated by HWO in 2011 and since then are going on religiously.
“Our volunteers bring trash from hard to reach areas including Tulain lake, Sorus lake and Baisaran,” he said, adding that all expenses of the travel and stay of volunteers are borne by HWO.
He informed that the volunteers will return only after making it sure they clear the places from all trash.
“The collected trash is dumped for proper disposal,” he said.
He said that HWO is self -financed organisation and takes no funds from any government or non-government agency.