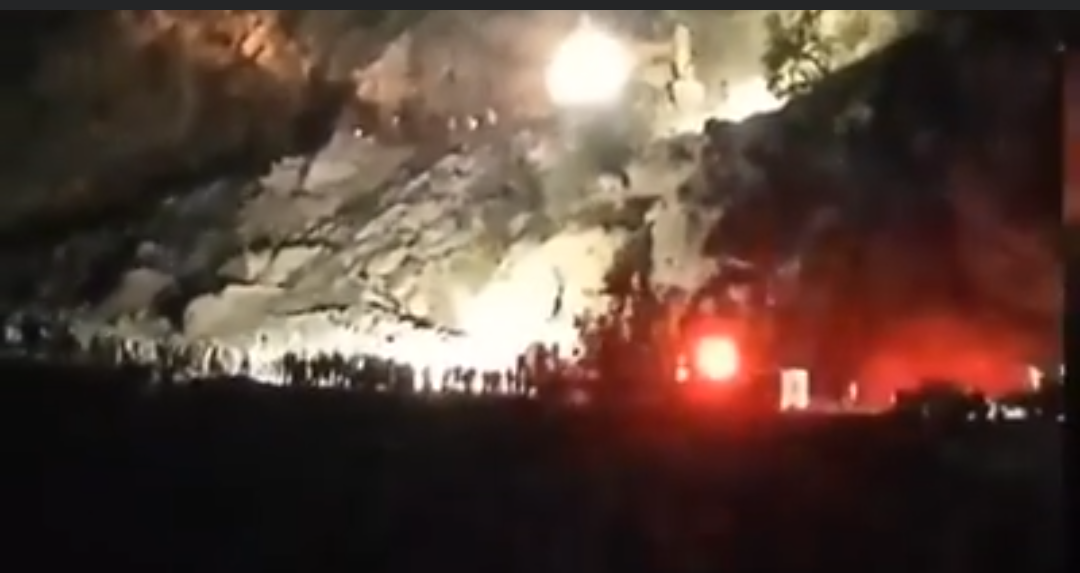 One person died and five injured while several others are still trapped in debris after a portion of a tunnel at the under-construction site of Ratle Power Project collapsed in Kishtwar district on Saturday, Officials said.

Senior superintendent of police Kishtwar, Shafqat Bhat said that a portion of a tunnel at Rattle Power Project collapsed today evening, in which several workers got trapped.

“As of now the rescue operation is going on,” he said. Deputy Commissioner Kishtwar Dr Devansh Yadav confirmed to KNO that one person was found dead and five others injured. “Some more people are feared trapped in the debris. Army and police are jointly carrying out the rescue operation,” the DC said.

Meanwhile, Union Minister Dr Jitendra Singh also said that a rescue team of about six people also got trapped under the debris.

“Spoke to DC Kishtwar, J&K on receiving the report of a fatal landslide at the site of the under-construction Ratle Power Project. JCB driver unfortunately died. A rescue team of about six persons, deputed to the site after the incident, has also got trapped under the debris," he said.

The Jammu and Kashmir Lieutenant Governor, Manoj Sinha expressed anguish over the incident and said that district administration has been directed to provide all necessary assistance.

“Deeply anguished by mishap at Drabshalla-Ratle hydroelectric project. My thoughts are with those who have lost their loved ones. Prayers for early recovery of injured. Army, SDRF & police are carrying out rescue operations. Dist Admin directed to provide all necessary assistance,” he said—(KNO)