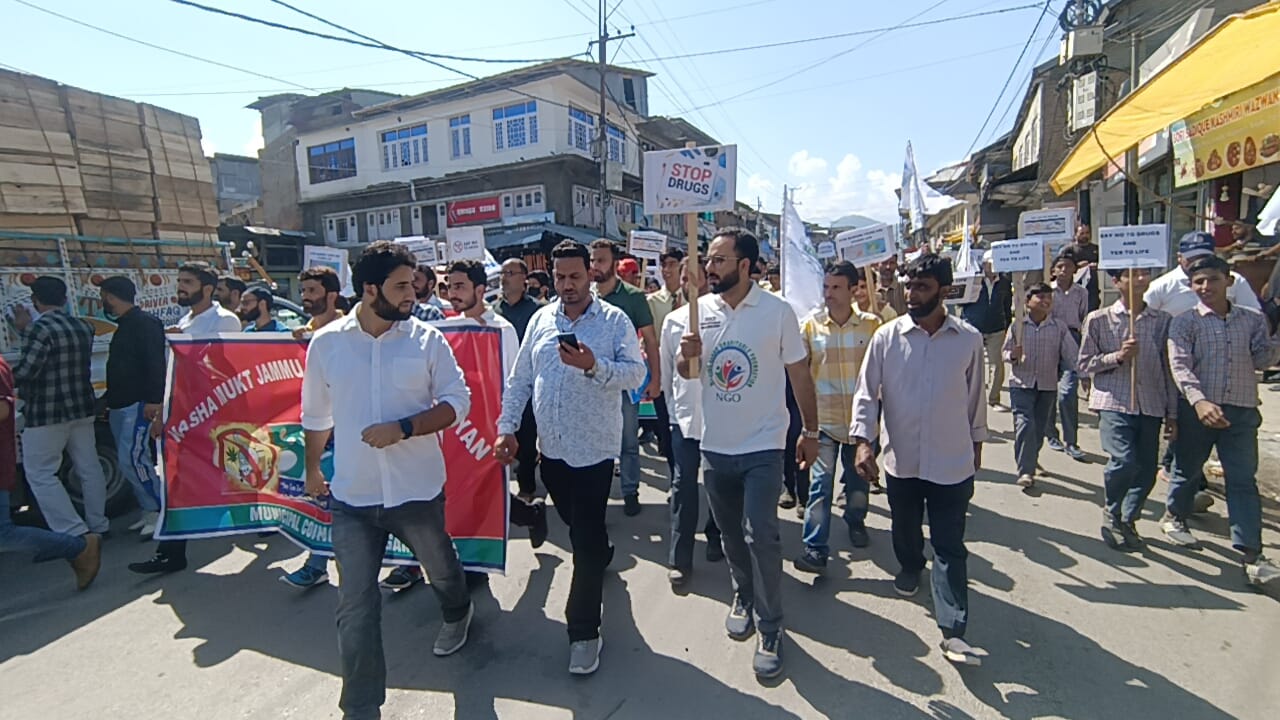 The drive was held under the theme Nasha Mukt Bharat Abhiyan.

Dozens of students, youth and members of Helping Hands – an NGO took out a rally and joined the awareness drive.

While talking to Rising Kashmir Zargar said that participants were enlightened about the awful effects of drugs and the role of parents in safeguarding their youngsters from falling into the addiction trap.

"The youth were urged to take part in positive activities like sports and avoid the drug menace," '' he added.

He said that every citizen has a responsibility to sensitize the youth regarding drug abuse and make them aware of the hazardous effects of the drugs.

The rally was flagged off from the main town Kulgam.

District Administration and Kulgam Police were also part of the awareness drive.