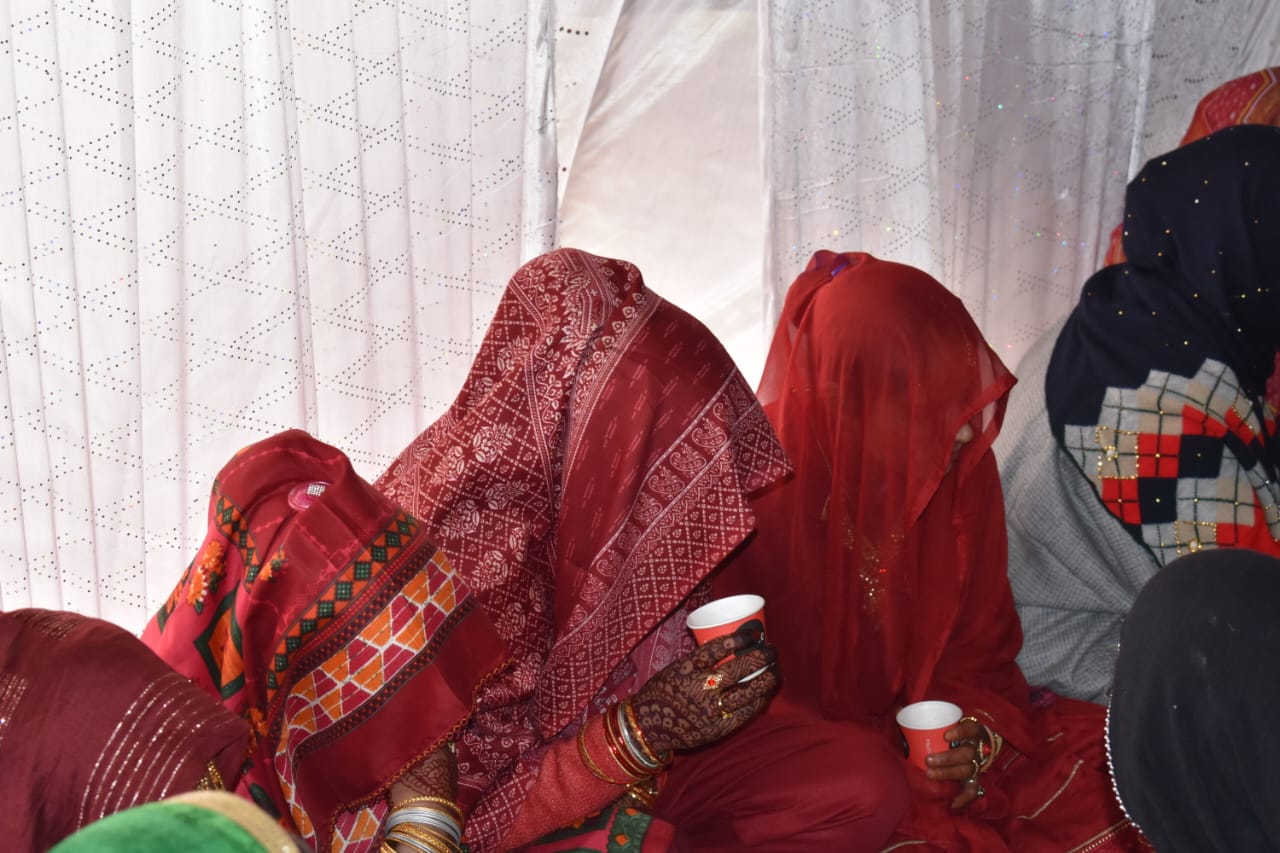 Tral, Dec 01: Five couples from Bagindar village of Tral in south Kashmir’s Pulwama district tied the knot with austerity during a mass marriage ceremony.
During the mass marriage ceremony, 10 other marrying couples were provided financial assistance.
The event was organised by a Non-Government Organisation ( NGO), Mother Helpage (MH) Kashmir.
Rizwan Hussain, spokesperson of NGO said that Bagindar village in Tral is a backward area where majority of the people live below poverty line.
“The girls who were helped to tie their nuptial knots or those who were provided financial assistance are either orphans or from humble family backgrounds,” he said.
He added that around 17 applications were received by the organization.
“After assessment 15 were selected,” he said, adding that all of them were eligible for the assistance.
He said that the mass marriage event was held with austerity.
“Various items like dress material for brides were arranged by our organisation,” he said.
Mohammed Maqbool Akharni, a prominent clergy from Anantnag district of South Kashmir, delivered the Nikah (marriage sermon).
He appreciated the NGO for organising the marriage ceremony with austerity.
He hoped that the NGO will take this initiative to other areas of Kashmir so that youth are encouraged for shunning extravagant marriages.
The local residents of the area also appreciated the NGO for taking this initiative and hoped that they will continue in the future.
“Bagindar is a far-flung place, many people in this village are so poor that they have to struggle to arrange for their marriage” a local resident of the village said.

Sanitation is all about bringing change in our attitude: CS

GSI to conduct study after houses develop cracks in Doda

Building collapse at Narwal: Jammu Smart City denies media reports, says no work being executed at the site by JSCL

Safety of public has been & will continue to be top priority of J&K Police: DGP Singh

After Delhi, AAP's Liquor scam in Punjab should also be investigated and exposed: Chugh

Cracks had appeared in houses since December, now they have started aggravating, says Doda SDM

India to host global energy meet in Bengaluru next week