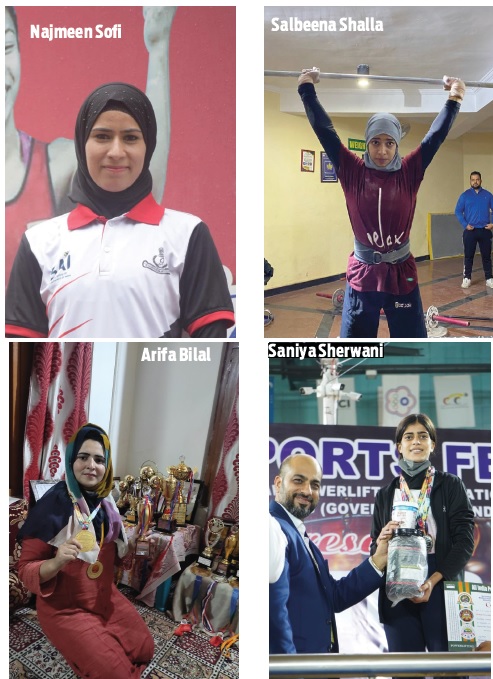 In the male dominated world of lifting weights, the women are no more behind. The weights of the plates may injure them but won’t stop them from achieving their aspirations. These women lift weights, push their boundaries and carve a path for others to follow in the valley.

Everyday female powerlifters and weightlifters hit the academies and gyms. Amid the cheers of their coaches and metal sounds, what speaks louder is their attitude that they can lift it better.

Strength sports, despite being novel, is being explored by the females of the valley over the last few years.

Hailing from a remote village of district Handwara, Najmeen Sofi has been into weightlifting for a few months. Currently she is pursuing her studies and working as a gym trainer in one of the local gyms in Srinagar.

She could have started weightlifting a bit earlier in her life but had no information about the field. Just when she came to know about a weightlifting training academy, she travelled all the way from Handwara to Srinagar and since then has been living as a tenant here.

“I want to work hard and until I get myself to the level where I can compete at an international level, I won’t go back home,” she said with determination.

She has recently won a gold medal in the state championship and sees it a good sign to move forward in the sport.

Belonging to the weight category of 49 kgs, she lifts 65kgs clean &jerk and 50 kgs snatch. The clean & jerk and Snatch are the two Olympic style lifts in weightlifting.

Aged 19, she said that within a few months she has improved her sport. For workout, she goes to the gym in the morning and goes to the academy in the evening to train herself in weightlifting.

“Fitness is important in the sport. The less your weight is, the better you can lift. For weightlifting, it is important to have a lean body but you should have strength and power. One has to eat natural foods just to maintain a lean body,” she said.

Earlier, she used to play tennis a lot and has earned a lot of achievements.

“I always wanted to do something different which would create a path for others to follow. I wanted to be an inspiration for others. My grandfather wanted me to marry after passing 10thgrade but I want to go further in life and achieve things,” she said.

Though weightlifting is one of the difficult sports that Najmeen considers for both the genders, she said that the sport molds the person mentally and physically.

She wants to create awareness among the people regarding the game. “It’s an Olympics game and highly recognized. Though it’s not known to most of the people in Kashmir, the game has a lot of opportunities. I was selected by the Sports Authority of India for a camp and met many olympiads,  commonwealth players and experts who trained and guided us there. I want the same scene for it in Kashmir,” she said.

Najmeen’s twin sister is a cricketer and both of them are bent on fulfilling their dreams.  Watching the popularity of sports growing among girls, she said that no one should fall behind due to the lack of support.

“Athletes need development. They shouldn’t stop because of poverty or lack of support. One has to get guidance. There are many people who are spending their time and energy in unrecognized sports. There should be awareness regarding sports in Kashmir,” she said.

Initially a powerlifter, Salbeena Shalla was approached by a coach in a powerlifting event, who suggested her to go for weightlifting.

Hailing from Srinagar, she is preparing for the weightlifting nationals to be held in January.

“Consistency is what matters here. There are qualifying marks set by the India Weightlifting Federation and I have to reach the qualification mark,” she said.

In powerlifting, she has won gold medals in several state and district level championships. She has also won a gold medal in the state weightlifting championship.

“I have been awarded strong woman title 2021-22 in overall district level competition, and have won first health and fitness women championship in crossfit 2021 as well,” she said.

She believes that young girls like her are taking interest in a male dominated sport, keeping the scorns and ridicules of the society at bay.

“The sports authorities are working to create awareness but some people don’t want to understand. Any athlete whether male or female is being demotivated by such people but we are hopeful that with time, the mindsets will change too,” she said.

Inside the training academy, metal plates and iron rods are not to be played with and the training is done under the supervision of the professionals. A weightlifter under the eye of the instructor, has to start with the minimal weights.

She said, “We are making our career in sports. We get trained under the supervision of our coaches and there is no harm in weightlifting. As per the scientific research, the injuries caused by weightlifting are very less as compared to the other sports.”

The lifters have not only been lifting the weights inside the gyms but also the weights of the judgements and negative comments passed by the society.

Arifa Bilal, a national champion from Ganderbal has been in powerlifting for 4 years.

She said that she participated in the very first event held for the female powerlifters in the valley where she not only caught the eye of her male counterparts but also found them cheering for her.

According to her, the participation of girls in the powerlifting events have increased. With time, the sport is attracting females.

“The girls in other sports are coming forward but in Kashmir still there are very less girls in powerlifting. People think women are weak and can’t lift weights. They lift weights more than a man can. It makes me feel proud that women are ahead of men,” she said.

Practicing every day for two and a half hours is what has made her good at lifting.

“One can’t miss even a day of gym. It is important to be consistent. It depends on the mindset and hard work. Initially I lifted 90kg. During nationals, I lifted 100 kgs and in the other two nationals, I took 130 kgs and that is how I won and improved my game,” she said.

Whenever she stepped outside to do something for her betterment, she has faced backlash but that didn’t break her spirit.

“Belonging to a small village, I had to listen a lot from people. I even thought of leaving the sport when some people tried to bring me down with their negativity but then I thought instead of quitting, I should show them what I can do,” she said.

Arifa has been active on her Instagram handle, making videos regarding wellbeing and fitness.

Two years ago, she joined a gym for her fitness and was told by a friend about a powerlifting competition in Sopore.

For her Sopore competition, she took 15 days to prepare and bagged a gold medal in it.

She said, “I was interested in the competition but there was no support back then. I won the gold medal in my very first competition which kickstarted my career and gave me a boost. In national championship, I won silver medal,”

What she heard initially was, girls and weights are not supposed to go hand in hand.

“Everything looks easy to lift now. I think my growth in the game has been good. My parents told me not to lift weights but my passion towards it got them convinced and today they are supporting me the most which I believe is the greatest thing to feed my passion,” she said.

She said that there are very few girls who choose such sports in Baramulla because of the lack of parental support.

“I am just working on myself. One has to be passionate only then you can move forward in your life. It’s okay for women to lift weights and one should have guts to walk on the roads that are less travelled,” she said. 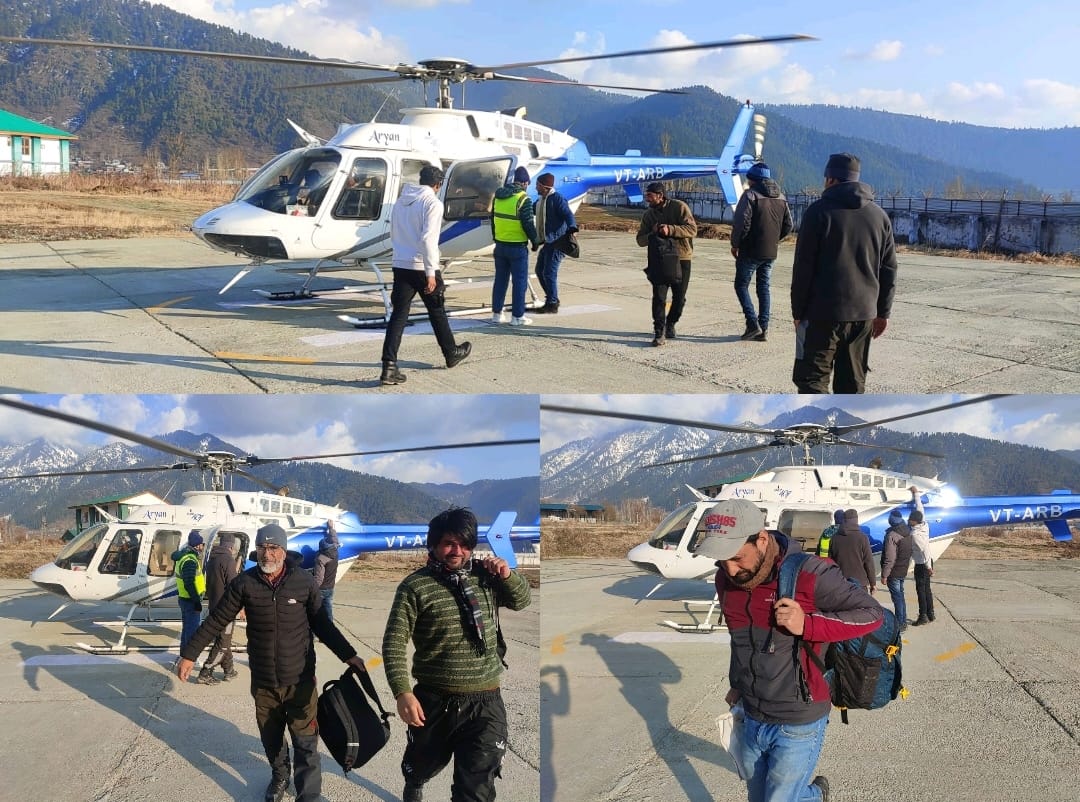 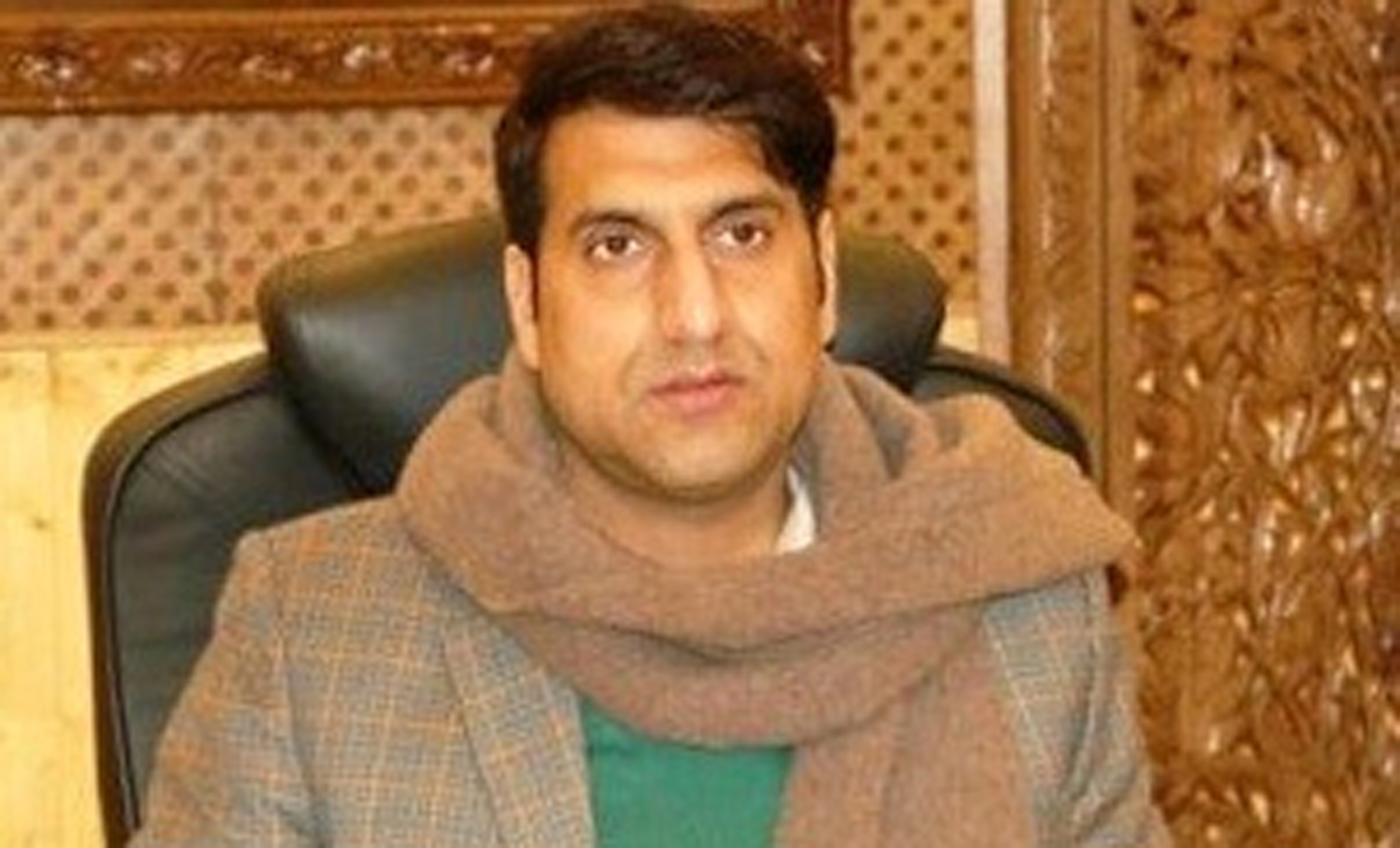