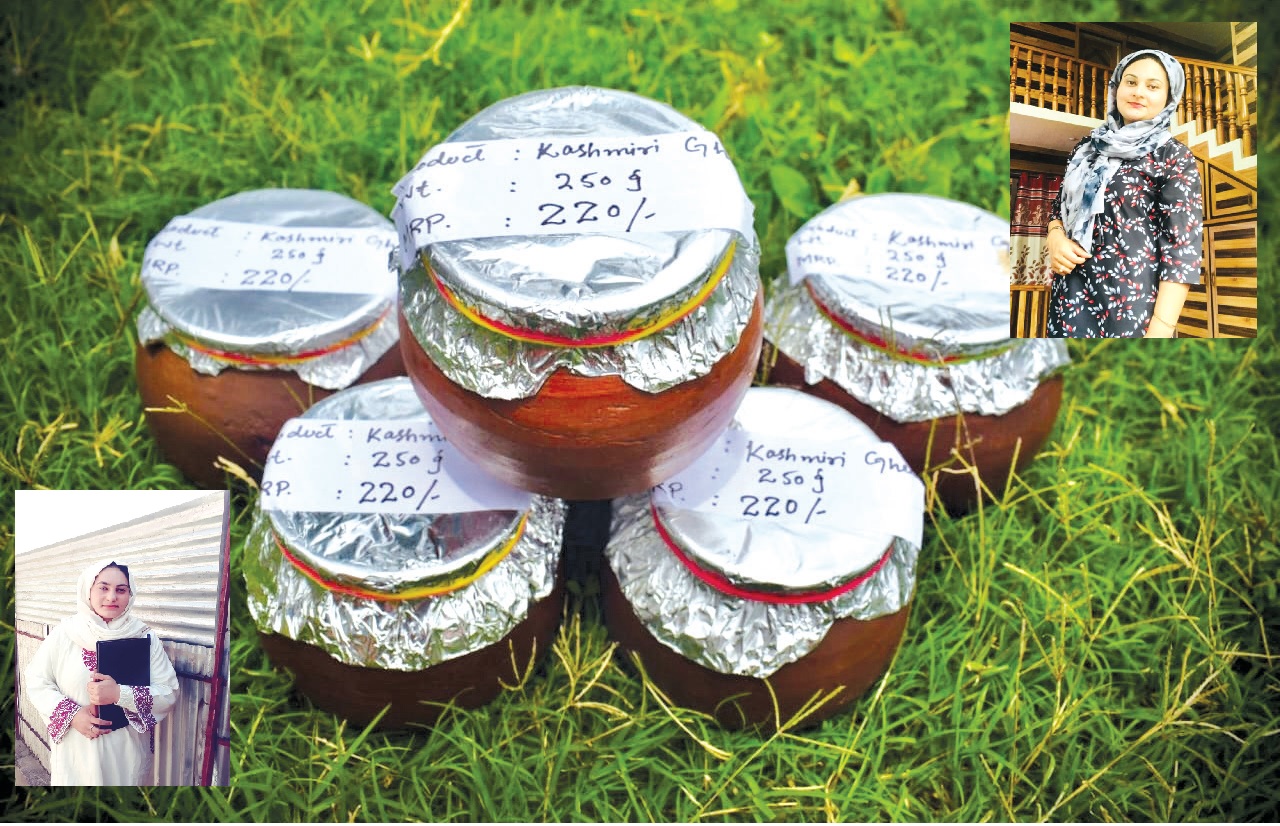 Unwavering their resolve and determined to overcome all odds, Lone sisters from North Kashmir's Bandipora district broke all social barriers and started branding homemade products under "Kashir Mithaas".
Kashmir has a unique tradition of making homemade products and inspired by this culture of Kashmir, Nida Ramzan lone and Misbah Ramzan lone set up their brand to revive making of homemade products which are meagerly being made in kashmiri homes nowadays and within short time, carved a niche for themselves at the national level.
Nida said that since childhood, the ideas of being independent and making a place for oneself in the society were instilled in them by their parents.
Misbah , younger sister, did her graduation from Bandipora and is currently pursuing her masters in Kashmiri literature from the University of Kashmir while Nida pursued BCA from Women's college Baramulla and Msc. IT from the University of Kashmir.
The success story of Kashir Mithaas has never been a smooth ride for them, it was quite opposite.The road from the inception of the project to its successful establishment was fraught with numerous challenges from the very beginning. The venture itself was a greenfield project for them as they had no background knowledge or experience in this regard.
She said the challenges were further compounded by the rigid social norms prevailing in the region, where such independent action was almost unheard of and often condemned.
However, due to their positive outlook, hardwork, consistency and the guidance of the Bandipora district administration, the obstacles were overcome and brand was formed.
The determination of lone sisters turned Kashir Mithaas into the phenomenal success story it is today and the initial inhibitions in the minds of locals about the success of the all-women project in Bandipora are now over.
Driving on the success of their maiden venture, the lone sisters are now planning to open one more similar all women initiative. They today has five women employees and have developed skills to produce various products like Breads, Organic Honey, Jams, Gulkand, drymix kehwa and Muraba raw material of which is being collected from local farmers and after procedure of testing, standardisation and FSSAI certification for commercial production is being sold under "Kashir Mithaas" brand.
Nida says since its inception, Kashir Mithaas has been using the latest technology and automation required for manufacturing and its acceptance is now a well-established fact.
She said due to her retention efforts and strong commitment, the brand has been able to gain a strong foothold and is now ready to expand.
“The project is all set to expand its national footprint which will automatically generate much needed employment for the women of the Bandipora district,” she said.
Misbah said their success story has paved the way for many aspiring women entrepreneurs in the region who are now pursuing self-employment or entrepreneurship as a way to achieve economic self-reliance and work for the betterment of their families and society as a whole.