India is well poised to emerge as a leader in dairy

Under Shri Narendra Modi’s leadership, the country’s milk production has gone up by more than 44% and in the year 2020-2021, we produced 210 MT of milk, that constitutes 23% of the world’s milk 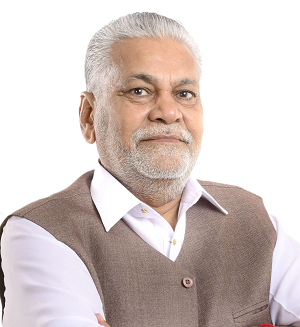 The country celebrated National Milk Day on the 26th of November. The occasion is momentous because for one it will mark the 101st birth anniversary of late Dr. Verghese Kurien, the man who is credited for ushering in India’s ‘White Revolution’. In many ways, the growth and advancements in India’s dairy sector have been symbolic of the trajectory of the country’s influence and impact on the global map. Under Shri Narendra Modi’s leadership, the country’s milk production has gone up by more than 44% and in the year 2020-2021, we produced 210 MT of milk, that constitutes 23% of the world’s milk. India’s per capita milk availability stood at 427 gram per day in 2020-21 as against the world average of 394 grams per day during the same period.

The dairy sector in India has been largely organised under the cooperative structure and the cooperatives have played a pivotal role in increasing the negotiating power of dairy farmers and help set the price of Milk Procurement and Milk Sale in their area of operations. Unlike the scenario for crops like rice and wheat, the Government does not dictate prices of dairy products and is not involved in milk procurement. This has fostered the autonomy of Dairy Cooperatives and encouraged them to be market oriented. In fact, some of the leading dairy cooperatives in the country have managed to surpass private companies in both performance and profits. India’s largest dairy company Amul is an excellent testament to the power and success of the Cooperative model within the country.

Now as we recover from the aftermath of the pandemic, it would be worthwhile to highlight the role played by the Government and the dairy cooperatives to support dairy farmers during the lockdown period and beyond. Milk procurement by the dairy cooperatives continued to rise throughout the pandemic as it accepted the diverted additional milk of the farmers which was otherwise sold to private and unorganised players. Milk procurement by the dairy cooperatives registered an increase of 7.9 per cent during 2020-21. To extend support, the Government of India launched “Interest subvention on Working Capital Loans” component under the existing central sector scheme – “Supporting Dairy Cooperatives and Farmer Producer Organisations engaged in dairy activities (SDCFPO)” scheme. Such measures helped our dairy industry remain resilient in the past two years.

To leverage the growing potential of technology, a digital platform called e-Gopala was launched to enhance ease and efficiency in the management of livestock. This digital platform can be used for obtaining Pashu Aadhaar, Pashu Poshan, Ethno-veterinary Medicines (EVM), Animal Breeding related services and information. Additionally, the E-Gopala App also provides a platform for buying and selling of dairy animals, bovine semen, embryo etc. To supplement the exercise, a helpline for dairy farmers called Pashu Mitra has been established by the National Dairy Development Board, that will enable farmers to directly have their queries on animal health and nutrition answered by experts.

Given that Indian milk production is expected to reach 270 MMT by 2025, corporations will need to invest in processing facilities, and this provides an investment potential of USD 10 Billion within the dairy sector. There is a chilling infrastructure deficit of roughly 120-130 MMT in dairy sector, which translates into an investment potential of approximately USD 2.6 billion, with a 17-20% expected return on investment over the next 9-12 years. Another impetus for enhancing investments in dairy has to do with our growing footprint in the exports market. For instance, India’s cheese exports under the HS Code 0406 have grown at a rate of 16% CAGR during the period 2015-2020. The major export destinations were UAE, Bhutan, and the United States of America. Presently, there are more than 75 milk deficient countries across the globe, with most of them scattered across Asia, Latin America, and Africa – this presents a ripe opportunity for India to make inroads into newer markets. To this end, recent initiatives like the National Digital Livestock Mission will go a long way towards enhancing traceability standards and will enable Indian companies to meet the quality standards set by importing nations.

To boost investments in the dairy sector, DAHD has set up the Dairy Investment Accelerator under which entities like Gates Foundation and Invest India will collaborate to provide pro bono services that will include issue resolution, investment facilitation, assistance with export strategy, market research, location assessment, etc. More importantly, dairying has provided a reliable source of income to traditional farmers when crops have failed. The current Government’s efforts have been concentrated on transforming the dairy industry from an unorganized to an organized sector, with the end goal of increasing farmers income, and generation of employment across the value chain. The slew of recent schemes like the Animal Husbandry Infrastructure Development Fund, Rastriya Gokul Mission, Animal Husbandry Grand Start-up Challenge, and the extension of Kisan Credit Card facilities to livestock farmers, will usher in better standards and innovations within our dairy sector. Thus, on the 101st birth anniversary of Dr Kurien, we are confident that India is well poised to emerge as a leading exporter of dairy products in times to come.

(The Author is Union Minister for Fisheries, Animal Husbandry and Dairying)