During her lifetime, Fatima was called the "mother of boys". According to historian Mohammed Yasser Hilali, "this nickname probably stems from her charity and the fact she took students under her wing" 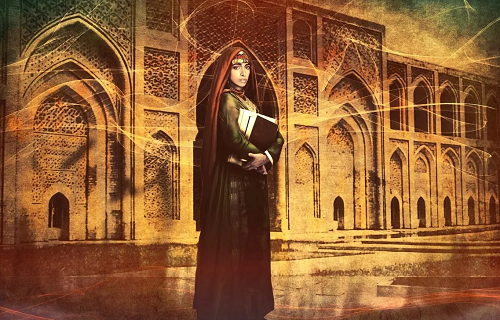 When thinking of the oldest universities in the world, probably the first ones that come to most people's minds are Oxford and Bologna, but according to UNESCO and the Guinness World Records, Al-Qarawiyyin University (also written as Al-Karaouine) is the “oldest existing, and continually operating educational institution in the world.” Founded in 859 A.D. by Tunisian-born Fatima al-Fihri in Morocco’s Fez, the university is not only the oldest higher education institution on Earth but also the first to be founded by a Muslim woman. Fatima used her inheritance from her merchant father’s wealth to found the university which started as an associated school – known as a madrasa – and a mosque that eventually grew into a place of higher education. It also introduced the system of awarding degrees according to different levels of study in a range of fields, such as religious studies, grammar and rhetoric. Though the university first focused on religious instruction, its fields of study quickly expanded to include logic, medicine, mathematics and astronomy, among many others.

The University of Al Quaraouiyine became a state university in 1963 and now awards degrees in Islamic, religious and legal sciences with an emphasis on classical Arabic grammar and linguistics and law.  Interestingly, teaching is still delivered in a very traditional manner, whereby students are seated in a semi-circle around a Sheikh (Islamic scholar), who prompts them to read sections of particular texts, asks them questions on aspects of grammar, law, or interpretation, and explains difficult points. Education at the University of al-Qarawiyyin concentrates on the Islamic religious and legal sciences with a heavy emphasis on, and particular strengths in, Classical Arabic grammar/linguistics and Maliki Sharia, though lessons on non-Islamic subjects are also offered to students. Teaching is still delivered in the traditional methods. The university is attended by students from all over Morocco and Muslim West Africa, with some also coming from further abroad. Women were first admitted to the institution in the 1940s

Fatima al-Fihri was born in 800 A.D. She was the daughter of Mohammed Bnou Abdullah al-Fihri - a rich merchant who settled in Fez with his family during the reign of Idris II.  Fatima’s family was part of a community called the “Qarawiyyin” (the ones from Qayrawan) whose two thousand families migrated from Qayrawan in Tunisia, to Fez in Morocco which was then under the rule of Idris II, a respected and devout ruler. After the community was banned by the local ruler. The caravan included Fatima’s father Muhammad bin Abdullah Al-Fihri, and sister Mariam. Fatima was well versed in classical Islamic learning such as fiqh (jurisprudence) and hadith (Islamic traditions based on Prophet’s life). She inherited a large fortune from her merchant father which she used to build the university. She personally supervised the entire gigantic enterprise, from putting up the foundation to the functionalizing of these institutions. When she embarked on her mission, she had lost her father, husband, and brother – all primary sources of support and protection for a woman. Any other woman would have retreated to the backwaters of domestic life. But Fatima appears to have been an extraordinarily inspired and determined woman with steely grooves. All her great achievements came during periods of loneliness and in circumstances when women normally shun the world and seek the company of the home.

During her lifetime, Fatima was called the "mother of boys". According to historian Mohammed Yasser Hilali, "this nickname probably stems from her charity and the fact she took students under her wing." Fatima al-Fihri herself is considered a saint and she is much respected among the believers especially in Fez. In 2017, a prize was created in Tunisia in her honor. It rewards initiatives which encourage access to training and professional responsibilities for women. Furthermore, an academic program and a scholarship given to students from Europe and North Africa pay tribute to Fatima al-Fihri.

The University of Al-Qarawiyyin (also Al-Karaouine), which was then just called a madrasa (an institute of religious learning), was 30 m long, with a courtyard, a large library, and several schoolrooms. Although initially only the Qur’an and related religious lessons were taught, many other courses of study, like mathematics, medicine, Arabic grammar, history, geography, astronomy, chemistry, music and logic were soon introduced. Fatima studied there herself, along with her students, and awarded them degrees once they completed the courses: a degree that was chiseled onto a wooden board, which is now displayed in the university’s library. She also conducted debates and symposiums periodically for her students, producing politically-aware individuals.

With these innovative ideas, Fatima al-Fihri had not merely founded the first university but had introduced the concept of awarding degrees that is now an essential part of modern higher education. In fact, the university produced many celebrated intellectuals and historians who are still known to this day: the Islamic philosopher Ibn Rushd, Andalusi diplomat and geographer, Hassan al-Wazzan and historian and thinker Ibn Khaldun, the famous Jewish philosopher, Moses Ben Maimon and Aka Maimonides. The Christian scholar, Gerbert of Aurillac, who later became Pope Sylvester II, is believed to have visited the university several times. His visits helped him introduce Arabic numerals and the concept of zero to Europe. The University of Al Qarawiyyin is still considered a leading religious and education institution in the Muslim world. The university has moved away to another part of Fez, but the mosque and the library remain at the ancient complex. The University of Al-Qarawiyyin is the oldest existing, continually operating and the first degree awarding educational institution in the world according to UNESCO and Guinness World Records and is sometimes referred to as the oldest university.