Downtown Legacy Tour: Time to move beyond Nishat and Shalimar 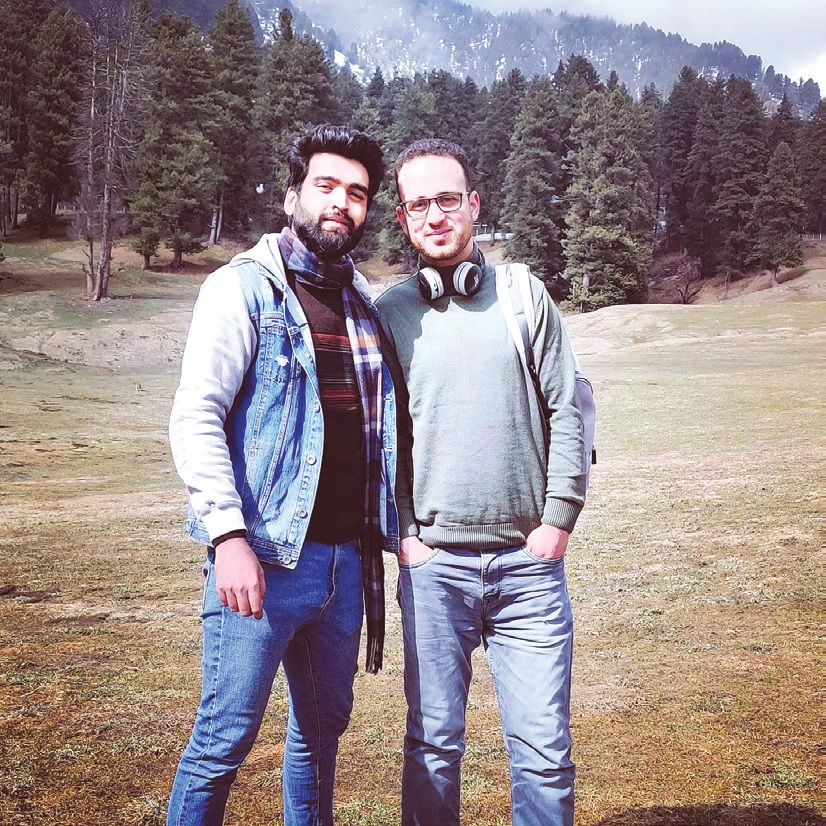 With an aim to move tourists beyond Nishat and Shalimar gardens, the two downtown youngsters have initiated ‘Downtown Legacy Tour’ in which they ferry groups of tourists to Shehr-e-Khaas areas to apprise them about the real tradition and culture of Kashmir for which the region is famous across the world.

Muneeb Ahmad Masoodi (28) of Hawal, Badamwari and Syed Khalid Bukhari (28) of Makhdoom sahib, have formed and NGO – Aab-e-Rawan - some five years back with an aim to revive the lost culture of Kashmir but unavoidable impediments in between delayed their wish.

By profession a businessman, Muneeb told Rising Kashmir that initially we had plans to bring the lost glory of Kashmir to fore and revive the traditions of Kashmir for which it is known across the globe, but Covid19 pandemic and other obstructions made our job tough to achieve the results. He said due to some unavoidable circumstance we switched our job to welfare activities in pandemic era.

“During pandemic it was impossible to carryout our activities for which NGO was meant for. We switched to welfare activities and established oxygen refill units at different locations in Srinagar including Pantha-Chowk and Hawal to provide relief to pandemic affected patients”, Muneeb told.

He said soon after the pandemic fell weak, we divided the functioning of Aab-e-Rawan into five parts and gave local names with an aim to promote our local culture. “We formed Education (Parun Te Lekhun), Health (Sehat), Environment (Mahole), Spirituality (Sufiyat) and others. We gave Kashmiri names to our constituents so that outside tourists will come to know the local Kashmiri culture easily.

Muneeb said recently an idea generated in our mind to bring the tourism footfall to downtown areas as it the epicenter of Kashmir and once known for business and tourist hub.

“Downtown is heart of Kashmir and tourism is not confined to Nishat and Shalimar only. So we planned to organize short tours for tourists and aware them about local culture for which downtown is famous for”, he said.

According to Muneeb, downtown has been a central place for handicraft, handloom and other local art activities where thousands of artisans were weaving and preparing goods with utmost skills.

“Once we had huge number of artisans in downtown but gradually their number declines due to little attention paid to them. They need to be addressed once again as they are still weaving carpets and shawls of superior quality. Their economy need to be boosted but it will happen when tourists of outside valley will continuously visit their units and buy goods from there. The downtown areas need to be explored. There are hundreds of untapped destinations if attended the people especially youth of downtown will get prosper economically”, he said.

‘Downtown Legacy Tour’, according to Muneeb is a daylong tour in which tourists are being ferried to historical, cultural and religious sites, besides they are being served local street food which include nadir monje, tili qare, parath, harisa etc.

It also bring tourists to Bait-ul-Meeras Museum in Nawa Kadal area which has been established in a heritage building few months ago. This museum was kick started by Department of Tourism recently and Secretary Tourism & Culture, Sarmad Hafeez inaugurated the building.

“Besides visitors, the local population is widely hailing our endeavor as Aab-e-Rawan has taken up an initiative to bring the lost glory of downtown into limelight. We are giving our 100 percent and are hopeful that Almighty Allah will help us in making our dream a reality soon”, Muneeb said.

“Downtown has lot of potential. It can allure tourists once it will be addressed. There are number of sites like Budshah tomb, Qila Hari Parbhat, Badamwari Park etc which has a potential to boost the economy of Shehr-e-Khaas”, he said.