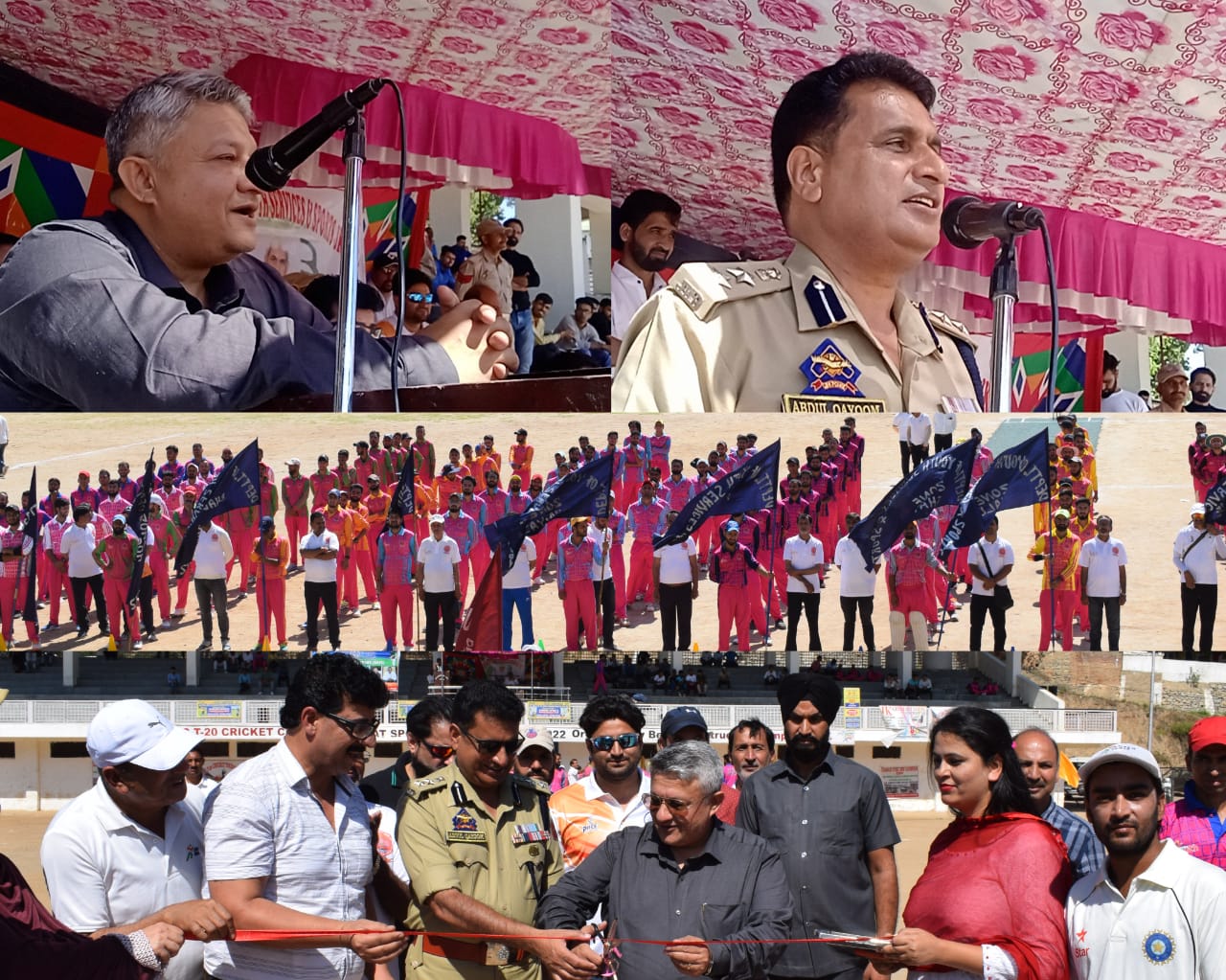 Doda, Sep 27: LG's Rolling Trophy Cricket tournament organised by Department of Youth services and Sports Doda began Tuesday here at Sports Stadium Doda.
The tournament was inaugurated by the Deputy Commissioner, Vishesh Paul Mahajan along with SSP, Abdul Qayoom.
The tournament is being organised under the supervision of District Youth Services and Sports Officer, JaffarHaider Sheikh and his team of ZPEOs, PELs, PETs and REKs.
The inaugural match was played between Zone Ghat and Zone Doda.
DC Doda stressed on the participants to inculcate the values of true Sportsmanship and keep themselves away from drugs, unhealthy things, anti-social and anti-national activities.
He urged the players to be the ambassadors of ‘NashaMukt Bharat Abhiyaan’ and spread mass awareness and play a vital role in keeping our society away from drug menace.