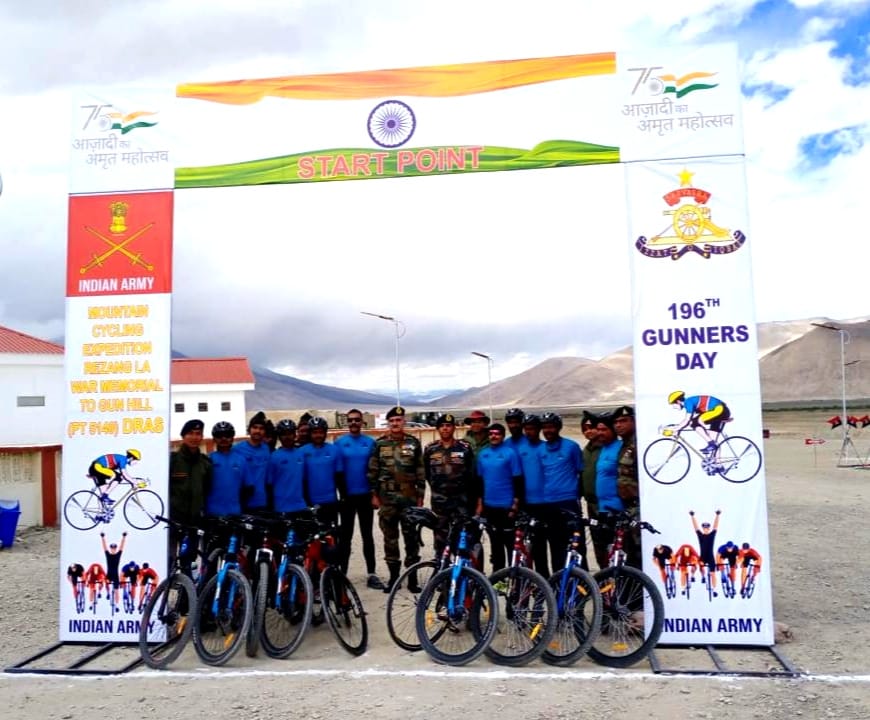 Srinagar, Sep 16: Troops of Northern Command, undertaking a mountain cycling expedition from Rezang La War Memorial to Dras on behalf of the Regiment of Artillery to commemorate Azadi Ka Amrit Mahotsav and 196th Gunners’ Day were flagged off by General Officer Commanding, Strategic Strikers Division.
A team of one officer and seven other ranks are part of the expedition. The team is being led by Colonel Sripada Sriram who holds the Guinness World record for the ‘Fastest Solo Cycling (Men)’ from Leh to Manali set in the year 2021. The total distance the cyclists would cover would be approximately 575 kilometers over a period of eight days. The route will go over two major passes - Fotu La and Namika La. The major stops along the route will be Nyoma, Karu, Nurla, Kargil and Dras.
The expedition is being undertaken to mark the occasion of 196th Gunners’ Day, pay respect to fallen soldiers and commemorate 75 years of India's independence. The event is scheduled to culminate on 22 September 2022 at Kargil War Memorial in Dras.