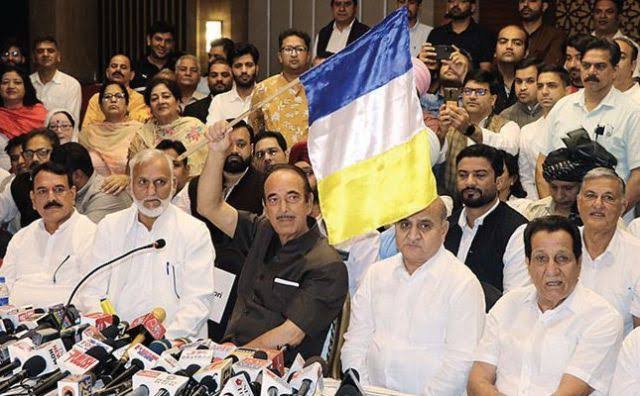 According to a communique, former ministers Taj Mohi-ud-Din and R S Chib were appointed as Treasurer and General Secretary respectively of the DAP.

It is pertinent to mention that Former Jammu and Kashmir Chief minister Ghulam Nabi Azad recently launched his new political outfit and named it as 'Democratic Azad Party'.

The development comes exactly a month after Azad resigned from the Congress party.

Announcing the name of the new party at a press conference, Azad said that the outfit will be secular, democratic and independent from any influence.

Azad also unveiled the flag of the Democratic Azad Party. The flag has three colours - mustard, white and blue.