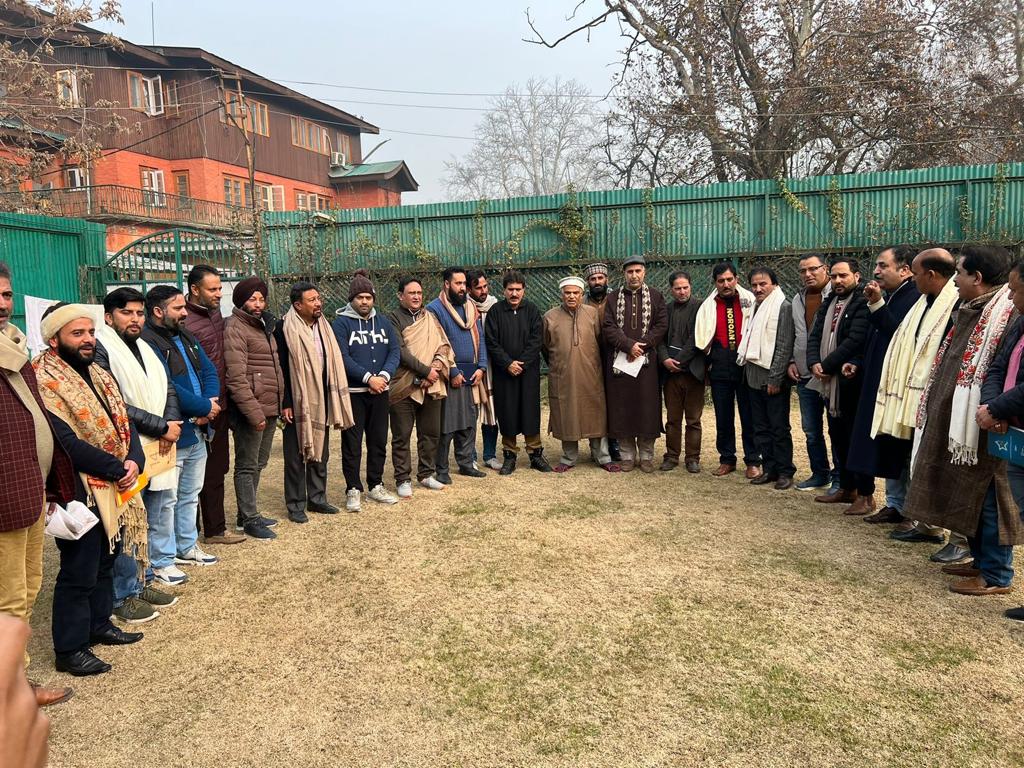 Srinagar, Dec 04: Bharatiya Janata Party's general secretary (org) Ashok Koul Sunday felicitated newly nominated BJP District Presidents of Kashmir valley in the presence of other BJP leaders at S1 Quarter Church Lane, Srinagar.
The newly-nominated BJP district Presidents were greeted with bouquets by the BJP leaders. Ashok Koul gave a rousing welcome to the presidents.
Ashok Koul, while felicitating newly nominated district presidents admired and blessed them.
He said that they served the party with a mission and every worker must do his or her allotted work dedicatedly.
He asked them to constitute their district new teams as soon as possible.
He encouraged only BJP to identify the hidden talent of the ordinary family. Ashok underlined that only BJP is the true representative of all segments of society. He attributed the win to the strong organizational principles and the public welfare policies of the Modi government.
Koul asked them to strengthen the organization and solve the problems of the people by staying in their midst.
He asserted that today the masses have supported the policies and principles of the party.
He explained that BJP has emerged as a strong force of the common masses and he is sure that the upcoming assembly election in J&K will give a major boost to the development of the whole region.
"People accepted the vision and mission of Prime Minister Narendra Modi's leadership and voted for peace and prosperity," he Koul said.
Ashok Koul also said BJP is committed to development and people will see the dawn of development in upcoming years. He hoped that in the coming time, they will do good work and strengthen the organization further.
Koul asked them to work for the welfare of all domains of society as a whole and assured his full cooperation in this endeavour.
Present on the occasion were Altaf Thakur, Manzoor Bhat, Arif Raja, Bilal Parray, Sheikh Bashir, and others.