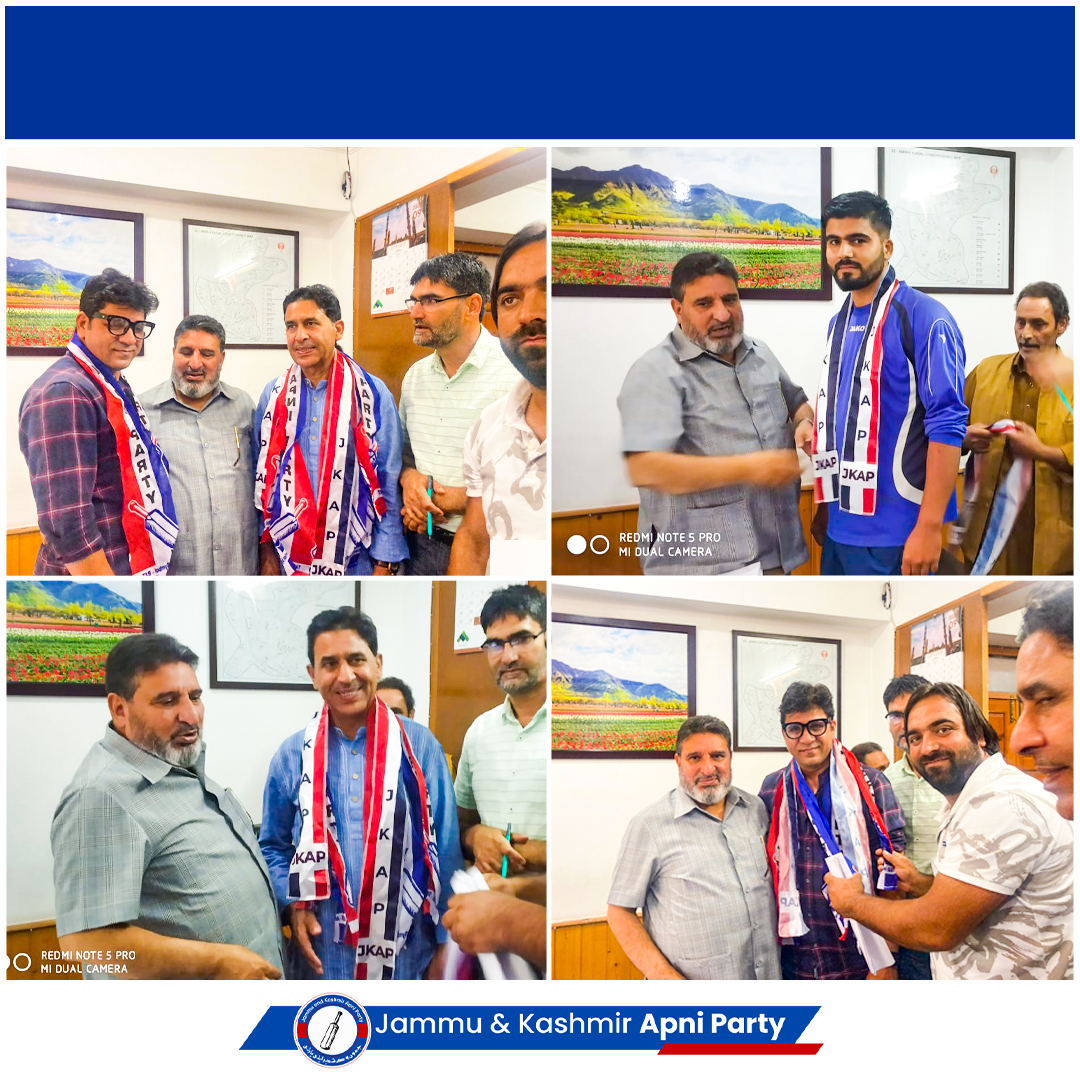 Srinagar, Sep 26: Several political activists from Mehjoor Nagar and Bagh-e-Mehtab areas of the city joined Apni Party on Monday.
Party President Syed Mohammad Altaf Bukhari greeted the new entrants into the party fold during the joining event organized at the party office at Sheikh Bagh in Srinagar.
In charge of Chanapora Constituency Mohammad Ashraf Dar, and Provincial Convenor for the party’s youth wing Shoaib Dar were also present on the occasion.
According to a statement issued here, the new entrants include Wasim Raja and Mohammad Altaf from Mehjoor Nagar and Riyaz Ahmad Wani (Kaka Ji), and Nisar Ahmad from Housing Colony Bagh-e-Mehtab. They joined the party along with their workers and supporters.
Greeting the new entrants into the party fold, Syed Mohammad Altaf Bukhari said, “I wholeheartedly welcome you into Apni Party and I assure you that the entire party leadership will be behind you like a rock when you will be out there to serve the people in your respective areas.”
He further said, “We receive new entrants into the Apni Party fold in each and every corner of Jammu and Kashmir every now and then, which indicates that people trust the party’s ideology and agenda.”
“Unlike the traditional political parties, Apni Party has a very clear and unambiguous agenda, which is to work for the peace, prosperity, and development of Jammu and Kashmir, and political and economic empowerment of its people,” he added.