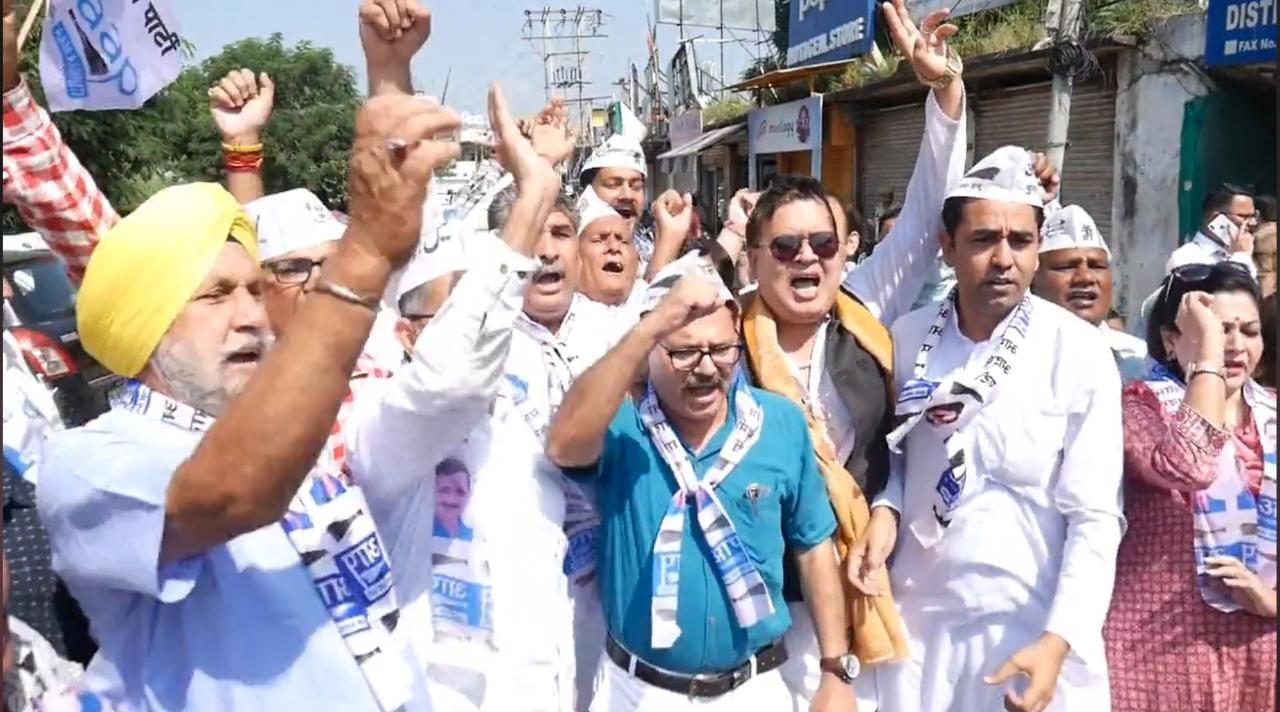 Jammu, Sep 26: For prolonged delay in transportation of apple crop from Kashmir valley causing huge losses to apple crop traders and growers, Aam Aadmi Party on Monday held a protest demonstration outside press club Jammu accusing Jammu and Kashmir Government for failure to ensure timely transportation of the crop.
The protest was led by senior leaders of the Aam Aadmi Party including BR Kundal, OP Khajuria, Namrata Sharma, Jagdeep Singh along with others and volunteers, a statement from the party said.
Addressing media persons during this protest, AAP leaders including BR Kundal, OP Khajuria, Namrata Sharma and Jagdeep Singh said that the apple crop is the backbone of Jammu and Kashmir and especially of Kashmir's economy and timely transportation of apple crop is a prerequisite for attaining monetary benefits of apple crop as apple is a perishable item and gets rotten is not transported timely.
"Presently thousands and thousands of apple crop laden trucks are stranded due to closure of highway putting apple crop traders, growers and truckers in a state of distress," the leaders said.
They added that a huge quantity of apple crops is either getting damaged or is on the verge of damage due to delays in the transportation of crops with traders and apple growers also staging protests.
They also said that recently Jammu and Kashmir Government and Traffic Police made some statements and claims of facilitating the movement of truckers but things don’t seem much good on the ground and thousands and thousands of trucks are still stranded.