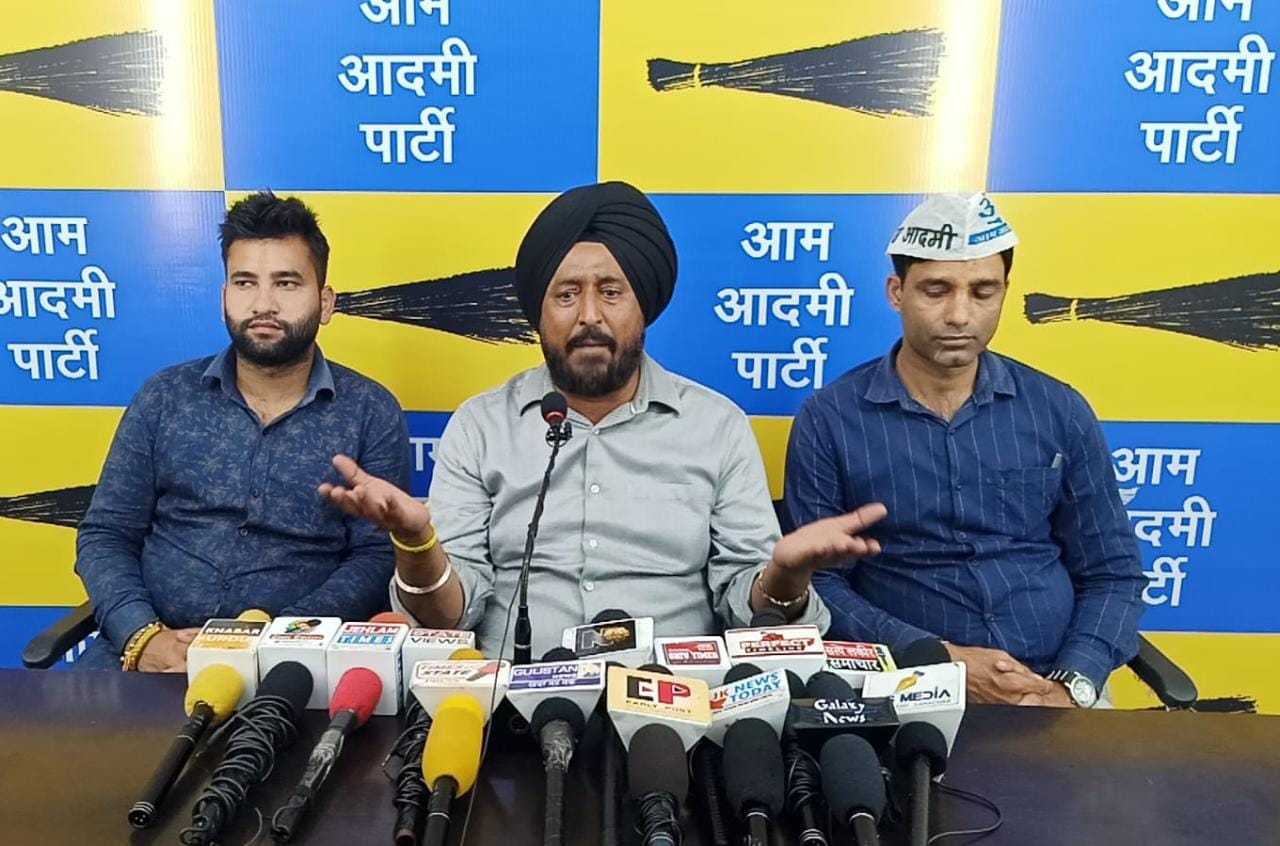 Jammu, Sep 24: Hitting hard on Jammu and Kashmir Government for alleged failure to provide some basic services affiliated with Food, Civil Supplies and Consumer Affairs department, AamAadmi Party's spokesperson and DDC member TS Tony said that inordinate delay in updation, edition and deletion in ration cards is badly affected the public and people are running from pillar to post to get their issues resolved.
Tony was addressing a press conference in Jammu wherein he mentioned about problems being faced by people across Jammu and Kashmir in getting necessary corrections in their ration card details as department is not taking their requests citing no updation in census data.
"There are thousands and thousands of requests for necessary correction pending with the department concerned and people run from pillar to post in TSO offices in tehsils, AD offices in district and directorate offices but return empty hands as officials give excuse of pending census updation." he said.
AAP leader TS Tony further said that thousands of people born after 2011 are yet to find their names in list of beneficiaries and are deprived of receiving ration quota from Government supply and Government is doing nothing to find any solution to this.
"Ration supply to people under different categories through FCS&CA is one of the basic services to be provided by the government for its citizens but the government is failing badly on this front," Tony said.
TS Tony of AamAadmi Party asked the Jammu and Kashmir Government to find an alternative to this problem and to get necessary corrections, updation, edition and deletion in ration cards even if there is no update in census data.
He also mentioned about snags faced in the official website of the department due to which delivery of other important services also gets affected.