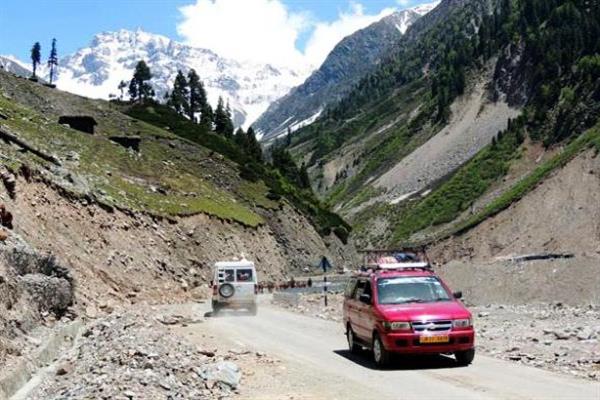 Shahid Ayoub, one of the students said  Mughal Road has potential to revolutionise trade and other economic related activities in Pir Panjal besides making easily available access to better health and educational facilities in Kashmir valley.

He said due to closure of Mughal Road, the people of Pir Panjal are facing problems.

Shahid said due to closure of iconic road, patients, students, employees and tribal population are facing problems in migration to Kashmir valley during summers every year.

Another student, Chowdhary Barkat Hussain said tall claims of development and change made by administration fall flat when a vital road connecting two major regions of J&K is kept closed for common people which is causing huge problems.

Keeping in view it's importance, the administration should make Mughal Road all weather by constructing the proposed tunnel, they said.