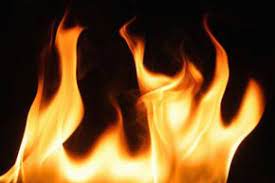 A 35-year-old women was charred to death in north Kashmir’s Bandipora district, reports and official said on Saturday.

A fire and emergency official told GNS that one runner appeared on gate of fire service station Bandipora at 5:16 AM and informed regarding fire incident.Two fire tenders from fire station were dispatched immediately to the spot to douse off the flames, he said. While fire was controlled, unfortunately the woman got trapped inside the structure and died, he said. The cause of fire is under police investigation, he added.(GNS)