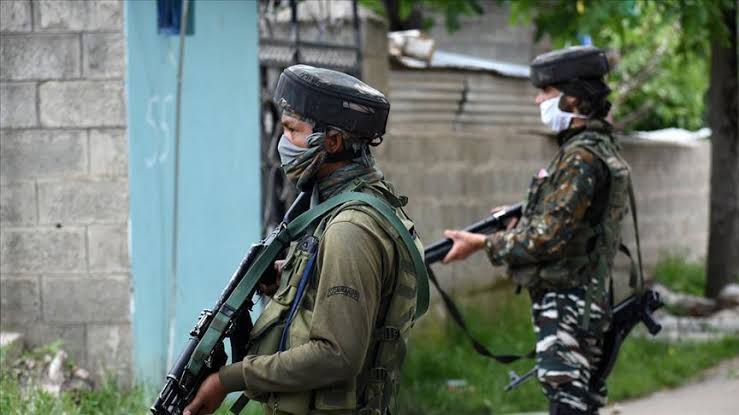 Two Jaish-e-Mohammad terrorists were killed in an encounter between security forces in North Kashmir's Pattan area of Baramulla district on Friday.

A police spokesman said, "Acting on specific information generated by Police regarding the presence of terrorists in village Yedipora, Pattan area of District Baramulla, a joint cordon & search operation was launched by Police, Army (29RR) and SSB (2ndBn) in the said area."

In the ensuing encounter, 02 local terrorists linked with proscribed terror outfit JeM were killed and their bodies were retrieved from the site of encounter. They have been identified as Yawar Shafi Bhat ofKalampora Pulwama and Aamir Hussain Bhat of

As per police records, both the killed terrorists were categorized terrorists and involved in several terror crime cases including attacks on Police/SFs and civilian atrocities.

Preliminary investigation and intelligence based inputs revealed that the killed terrorists were tasked to attack the ongoing Army Recruitment Rally (Agniveer) in Baramulla, in order to derail the recruitment rally and disturb the youth who are eager to join the mainstream. However, their elimination has helped Police/SF in repulsing such nefarious plans.

Incriminating materials, arms and ammunition including 01 AKS74U rifle with 03 Magazines and 01 pistol with 01 Magazine were recovered from the site of encounter. All the recovered materials have been taken into case records for further investigation.

In this regard, a case under relevant sections of law has been registered and further investigation is in progress. People are requested to cooperate with Police till the area at encounter site is completely sanitized and cleared of all the explosive materials, if any.