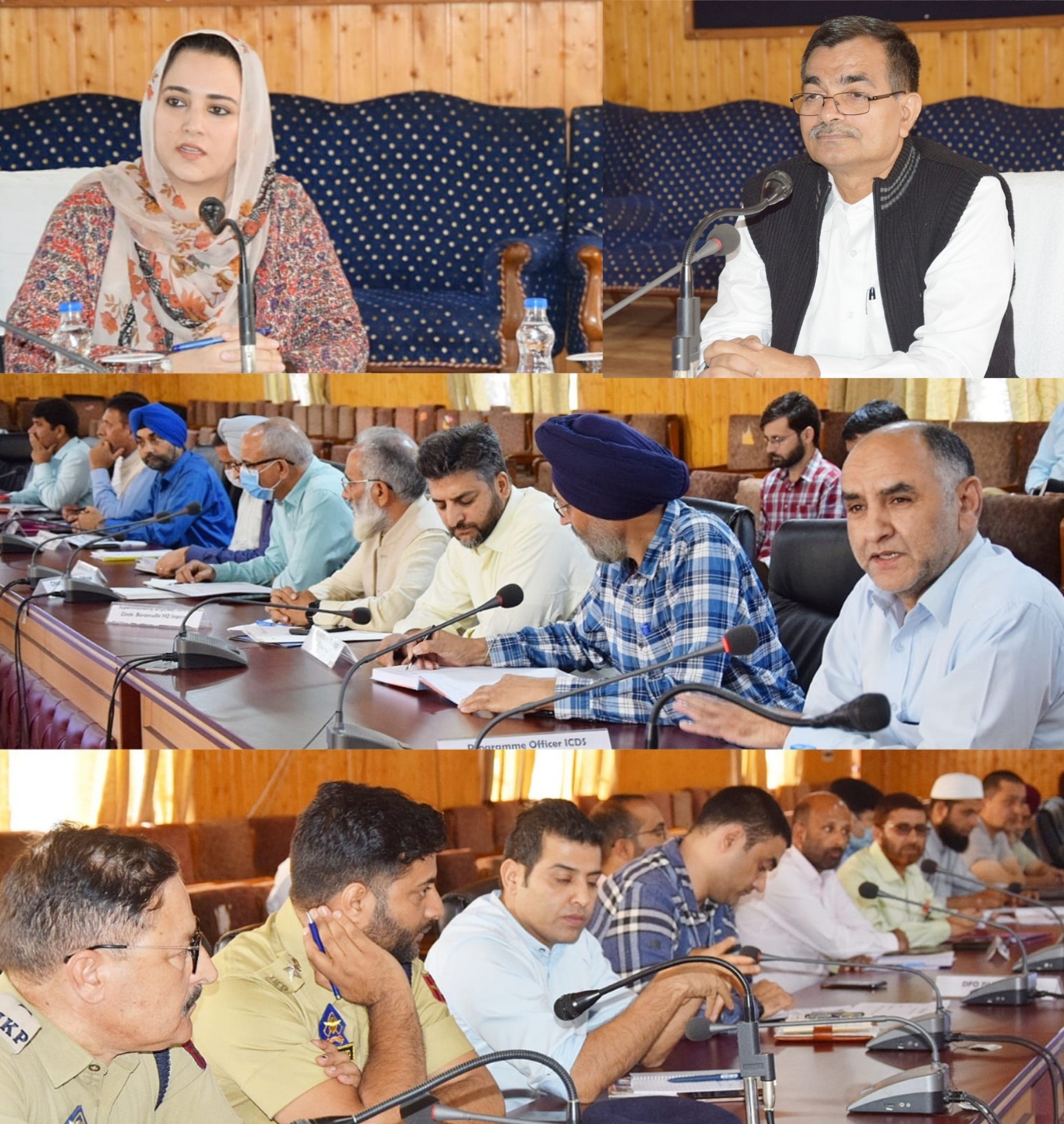 Baramulla, Sep 26: Central Prabhari Officer, Rajeev Kumar Tiwari Monday visited Baramulla and took a review of Baramulla under Aspirational District Programme (ADP) at Dak Bungalow, here.
Central Prabhari Officer ADP emphasized that a robust strategy for waste management must be planned for ground water recharge and sustainable development.
Informing the chair, Dr Sehrish said that Baramulla has recently been identified and taken up for Nasha Mukt Bharat Abhiyan under NMBA 2.0. She further informed that pledge taking ceremonies were conducted across district Baramulla with campaigns about Nasha Mukt Bharat Abhiyan.
The chair was also informed that the District Administration recently launched ‘Nayi Soch’ which is an initiative under Nasha Mukt Bharat Abhiyan and will also generate awareness on women welfare schemes.
On the occasion Central Prabhari Officer launched Dashboard of Anemia Mukt Baramulla. The dashboard will reflect all the components of IEC activities undertaken under Anemia Mukt Baramulla.
The meeting also discussed the progress of school education in the district. Informing the chair, CEO Baramulla said that enrollment drives were conducted across the district for saturation in gross enrollment ratio.
It was given out that under Bunyadi Taleem Muhim, Seven educational zones have been identified where monitoring assessment will be carried out by one hundred identified volunteers in 80 schools of the district.
Central Prabhari Officer directed the school education department to scale up the efforts to minimize the dropout rate. He asserted that School education is an important parameter of human resource development.
While reviewing the agriculture sector, the chair was briefed that 93102 families have been covered with Kisan Credit Cards which amounts to 787.78 crores.
Also, 230 ha of agricultural land has been brought under high value crops including Broccoli and Lettuce and about 125 ha has been covered under high density plantation and sprinkler irrigation
Under the Rejuvenation programme of water bodies, it was given out that 710 water bodies have been rejuvenated in the past two years with stone bed structure developed along with a mesh laid on the top of the water body.
It was also given out that 59 Amrit Sarovars have been developed out of 152 Amrit Sarovars identified for development
Later, the Prabhari Officer paid visit to dumping site for waste disposal at Jetty Khawaja Bagh Baramulla to take appraisal of Solid Liquid Waste Management