Shazia Hamid: A singer recognized more by voice than her face 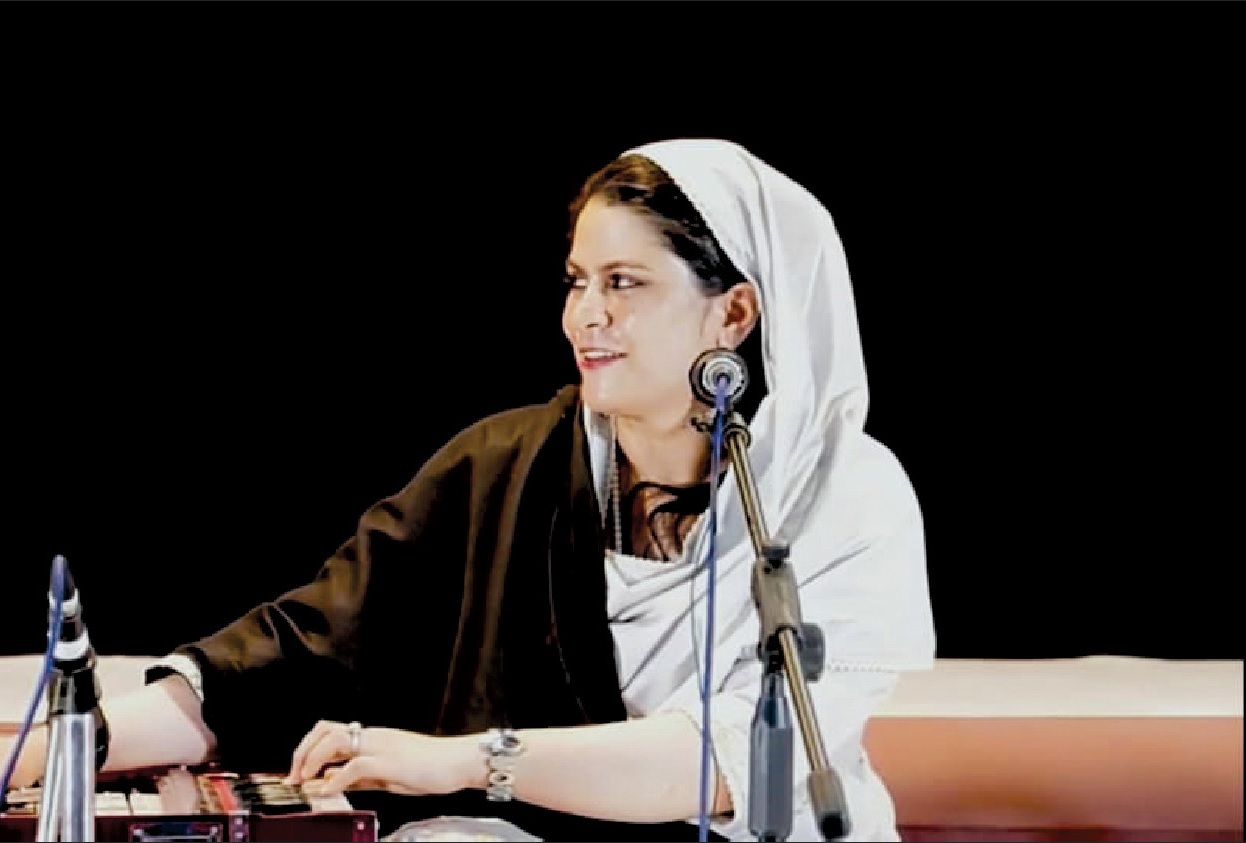 There are few female singers in Kashmir who have taken the local folk songs to the next level and entertain people with their soothing voices. One among them is Shazia Hamid, the singerwho started as a child artist at Doordarshan Srinagar and Radio Kashmir andwith time became a household name for her soulful voice.

Born and brought up in Gurgadi Mohalla in Zainakadal, Srinagar, Shazia in her more than 27 years of career sung countless songs.

From childhood, she was interested in singing. When she took admission in a government school in the vicinity, her teachers encouraged her to participate in children programs.

“When I was in 5th standard, I started as a child artist at Doordarshan and Radio Kashmir where I participated in music programs that gave me an opportunity to move ahead in this field. I was groomed well there,” Shazia said.

After passing her 10th class examination at a local Girls High School, she went to Higher Secondary School Nowakadal and chose arts in which music was one of the subjects.There she got many opportunities to participate in different programs including Saaz Aur Awaaz which was then organized by Youth Services and Sports Department J&K.

Shazia said the event was an opportunity for many students who showcased their talent.

“As part of the program, we were given training by noted singer Kazi Rafiq, who introduced me to Prof. Muzaffar Ahmad Bhat (current principal GDC Anantnag) who was in the event and had been teaching music to some students in Srinagar then. I met him and he told me to attend his class to learn music and singing,” she said.

At that time, Shazia was shy and had to go through a voice test to make way in Prof. Bhat’s classes.

“I presented some lines in front of him. He told me that it would take me some time to learn singing,” she said. There she learned Indian classical music by Prof. Bhat and continued to learn from him.

After passing 12thstandard, Shazia moved to Govt. Women’s Degree College Nawakadal where she pursued BA in Arts with music as of the subjects. She participated in musical programs and received awards and appreciation for her performance.

Shazia is a fan of Raj Begum (whose captivating voice earned her the title of 'Nightingale of Kashmir'), Shameema Azad and Kailesh Mehra.

The young singer has sung hundreds of folk songs at local and national platforms. She is recognized more by her voice then her face. Shazia’s songs are widely appreciated and liked by people across Kashmir.

“I sing all the styles like classical, thumri, dhrupad, kajri, tappa, cheti, ghazal, light, folk etc. I am also a high-graded artist of AIR and Doordarshan Kendra,” she said.

Over the past few years she has taken to YouTube to upload her songs and through which she reaches out to her audience.

Talking about the promotion of music in the educational institutions in Jammu and Kashmir, Shazia said there is a need to introduce music as a subject in schools, colleges and universities.

“There should be masters’ program in music in universities which will encourage more and more artists to show their talent and promote folk music to a larger level,” he said.

Shazia currently works as contractual lecturer at GDC Anantnag where she teaches music. “To become an artist or a vocalist, it is very important to have a teacher who would guide you during your career and turn you into a successful artist,” she said.

The young singer has also worked on many projects on Kashmir folk music under Koshur Studio initiative under which they have recreated and revived many folk songs.

More recently, as per Prof. Bhat’s advice, Shazia tried to revive and recreate old songs of the valley's legendary singer late Raj Begum.“I have so far recorded six songs of late Begum and matched the tone quality. It was a beautiful project I have ever worked for,” she said.

Recounting her struggle days, Shazia said her family was very supportive even at the times when people would see and view singing differently.

“Though there were some people who discouraged me. I have faced lot of difficult situations that would discourage me as well but I never gave space to discouragements,” she said.

Shazia said apart from her family, it was Prof. Bhat who supported her and turned her into a singer. “He uplifted my thoughts and encouraged me from time to time. His role is noteworthy. Whatever I am today it is because of his teaching and guidance. It was only with his guidance that made me so strong,” she said.

Shazia said she want to do something for the music. “There are people involved in many such activities and it will bring a change in society. I try to teach my students to become good human beings before taking music as career,” she said.

In 2018, Shazia was conferred with Naseem Akhter Memorial Award by Jammu and Kashmir Academy of Art, Culture and Languages and Kashmir Music Club.

She has also received more than half dozen awards from government and other private agencies. “It is a proud movement for me that I was chosen in 2018 as promising singer award,” she said.