‘2 indoor stadiums are being constructed at Keller and Herman’ 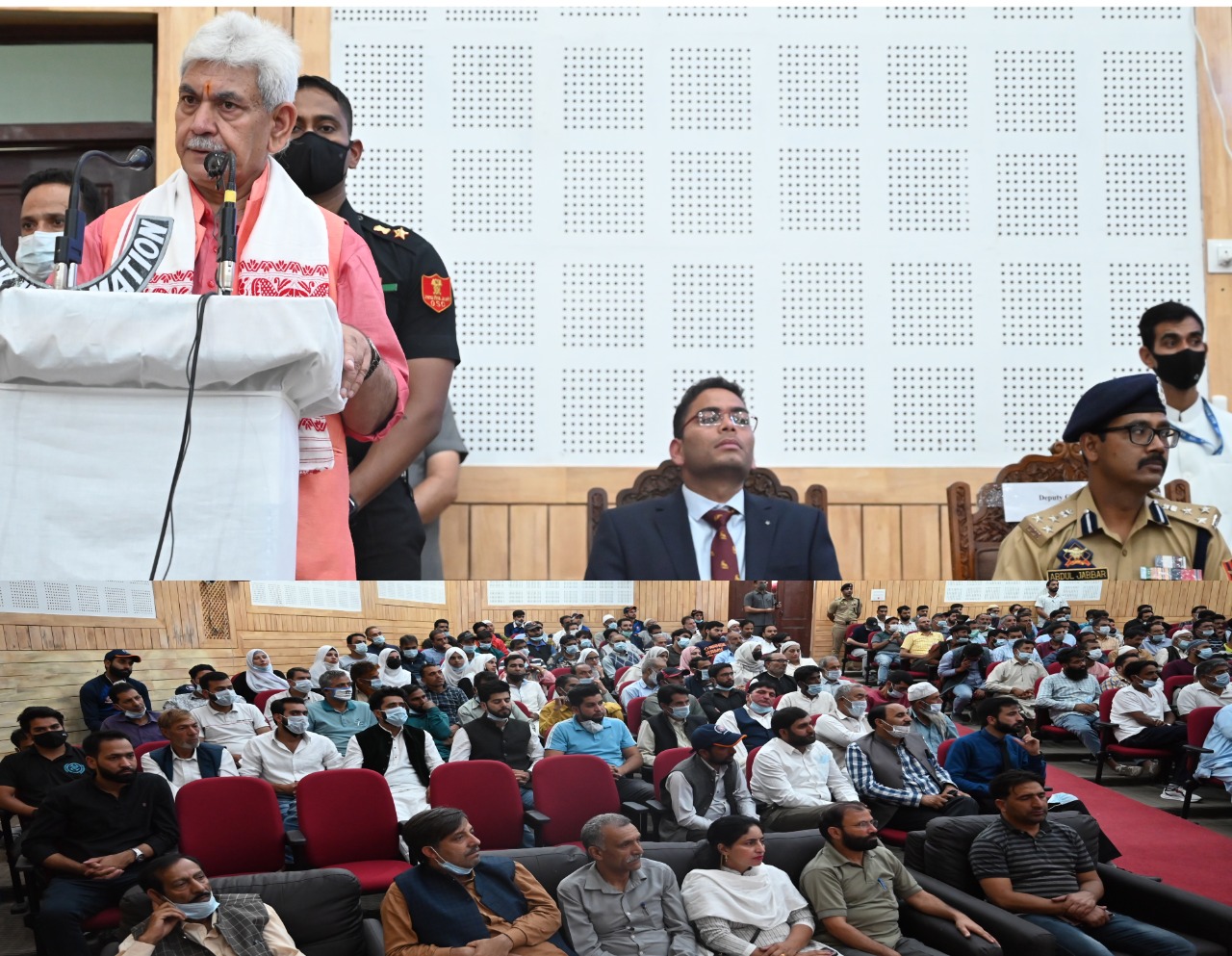 Shopian, Sep 18: Lieutenant Governor Manoj Sinha on his visit to Shopian inaugurated Auditorium Block of Government Degree College worth Rs 6 crore and laid foundation stone of various infrastructural projects including roads and bridges.
The Lt Governor laid the foundation stone for three bridges including the Badimarg Bridge (Narwani- Badimarg road) costing Rs 2.89 crore, the bridge at Nildora ( Nildora- Herman road) at a cost of Rs 2.37 crore, and a bridge at Alam Ganj ( Habdipora - Kadder road) worth Rs 2.37 crore, addressing the long pending demands of local populace.
The completion of these bridges will bring a new dawn of development in these areas which have remained deprived due to absence of better road connectivity, the Lt Governor said.
The Lt Governor also laid foundation stone for seven road projects sanctioned under PMGSY-III covering a length of 56.33 km at a cost of Rs 70.28 crore including the Pinjora Khan to Sofanaman road, Chowgam Sedow Aharbal road, Pudsoo to Kapren Causway Bradipora Zaipora Mantribugh Nildang road, Mohanpora Imam Sahab Alamgunj road, Sugan Chitragam-Zainapora road via Reban, Drangnad to Keller Block Boundary and Devpora to Heerpora road.
This development journey of J&K will end decades-old discriminations and social inequities and fulfil the dreams and aspirations of people that were left unattended, said the Lt Governor.
Last year, 2008 projects were completed in Shopian under the District Capex. This year, Rs 531 crore has been allocated to Shopian for development projects under District Capex and we have set a target of completing 1594 projects, he added.
The Mission Youth has started special programmes of coaching for civil services and other competitive examinations. Mission Youth is constructing two indoor stadiums in Shopian, one each at Keller and Herman, for nurturing the young sporting talents,” the Lt Governor said.
The Lt Governor congratulated the district administration for 100% digitization of Jamabandies in Shopian and becoming the first district of UT to achieve this feat.
The Lt Governor asked the youth to follow the footsteps of Haziq Parveez Lone from Shopian who secured the All India 10th Rank in NEET UG- 2022 and made the UT proud.
He also made a special mention of Shahid Ahmed, whose suggestions for ensuring training for apple growers has been incorporated into the policies of the Horticulture Department.
Later, the Lt Governor interacted with the delegation of PRIs and public representatives and took stock of their issues and demands.