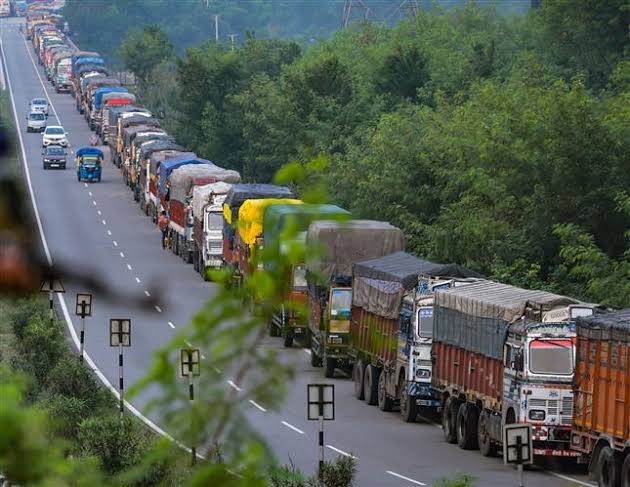 The J&K Traffic Police department on Saturday disputed an article in a national Hindi daily regarding movement of apple trucks from the valley to other parts of the country.

The article said that the fruit trucks were being stopped for 2-3 days so that the growers are compelled to sell them off to the cold storage owners instead of taking the produce to the open market.

"Given that the Down HMV traffic moves on alternate days, thus the maximum stranded trucks at Quazigund is only 1600 trucks unless the Down movement is hampered by partial or complete closure of the NH 44 due to shooting stones, landslides or repair work. It may be noted that NHAI had requested for No traffic window of 4 hours per day for 5 days starting 24th Sept 2022, for repair works which was allowed by the Government," it said.