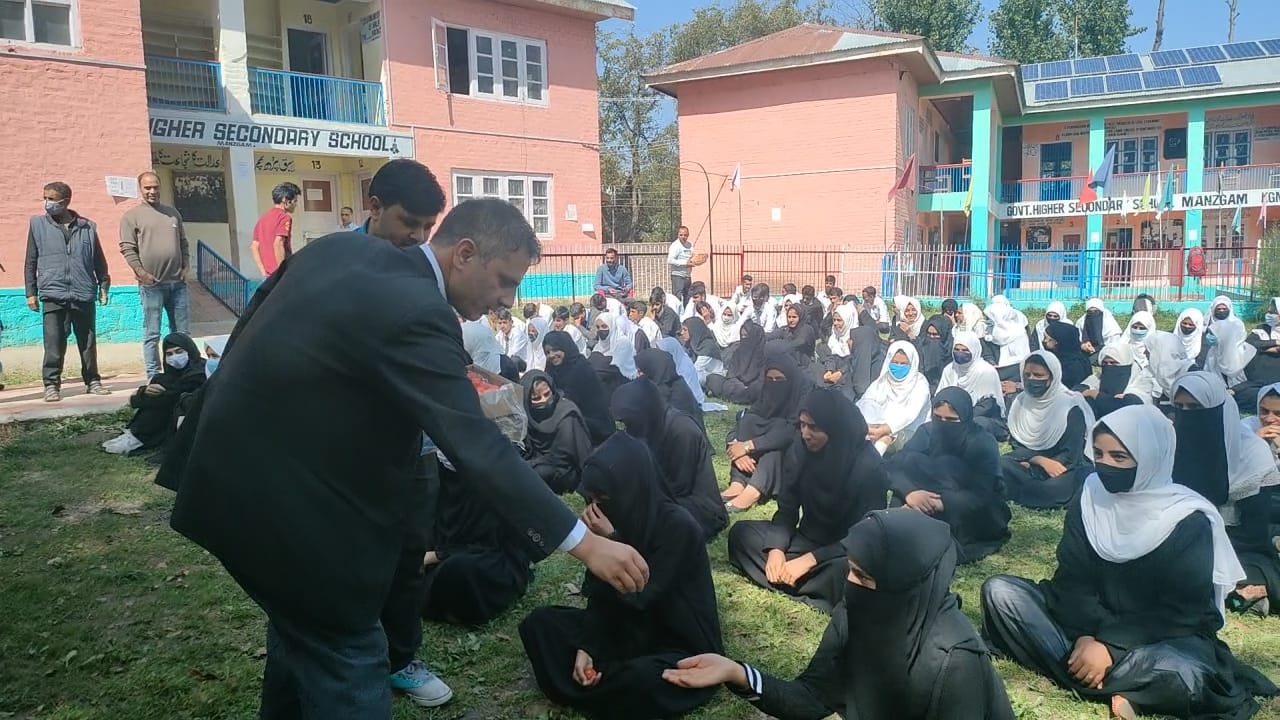 Happiness transcends the village of Watoo after the news of the likely elevation of a known character circulates in the region. To impart the struggle and education of the noted personality and his elevation among students, a programme was organized at his alma mater.

A programme was organised at Govt Higher secondary school Manzgam to celebrate the elevation of Justice Ali Mohd Magrey.

Justice is the native of Watoo village of Kulgam district and his name has been recommended by a collegium of the Supreme Court as the new Chief Justice of Jammu, Kashmir and Ladakh.

The event was organized by the advocate at the same school where Justice has earlier studied up to his matriculation.

Advocate Arshid Hussain Baba while speaking to Rising Kashmir said that it is a matter of joy for all of us that Justice Magrey has been recommended as the new Chief Justice.

"We hosted this event to celebrate the joy among students where the judge had previously completed his tenth grade in 1976. The struggle of justice Magrey during that era is a torch bearer for the students studying in the same school here,” he said.

Teachers and elders say, he was very fond of education and had not compromised as far as studies were concerned in spite of the difficulties of that phase, Adv Bhat added.

“it is a proud moment for us that Justice Magrey was a student of our school and is an inspiration for us,” Tamana Aslam, a student told reporters.

We will follow him and will shine the name of the whole area as he did. The way he did his schooling here and reached this level has left a path for us to follow, she said.

Notably, after the approval of the President of India, the new Chief Justice of Jammu, Kashmir and Ladakh will take the oath.