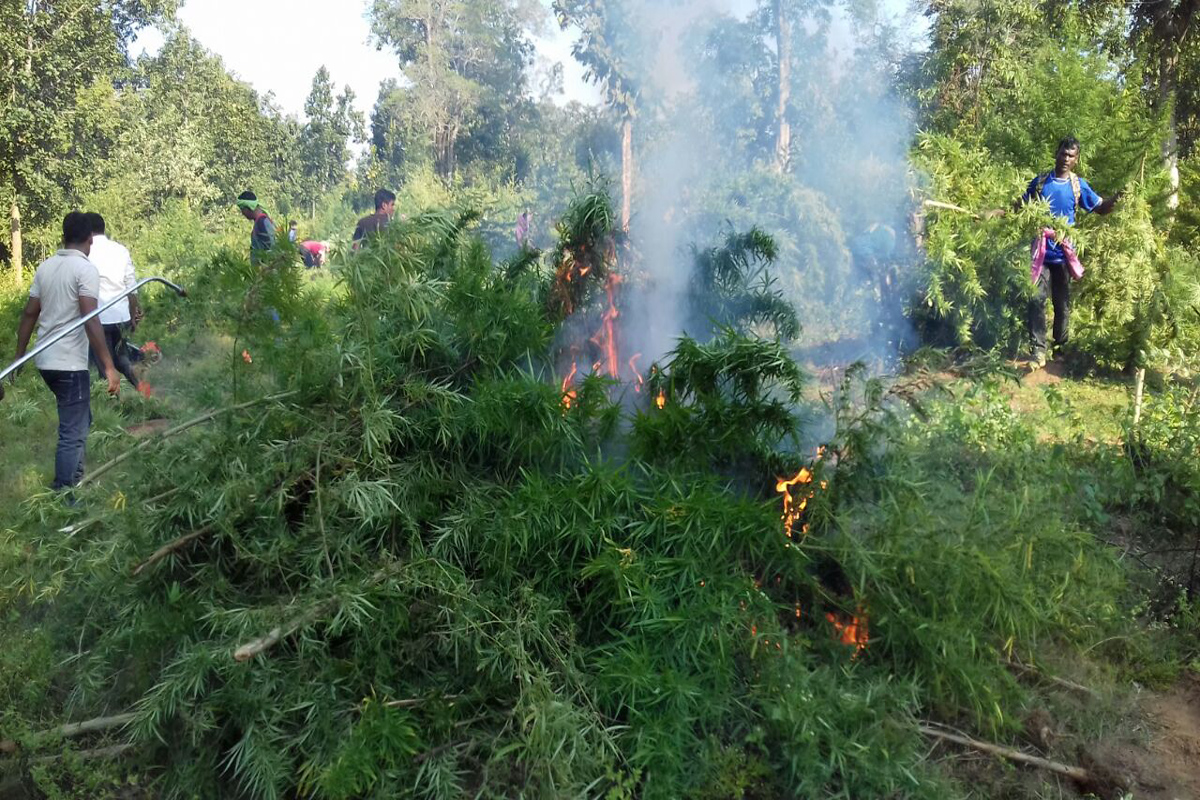 Srinagar, Sep 30: Excise Department Kashmir Division intensified its efforts to eradicate the narcotic crop cultivation, under Nash Mukth Abhiyan.
In the month long campaign, Bhung destruction on more than 2100 Kanals of land were destroyed by the Kashmir division, besides 12 FIR 's registered against illicit cultivators.
Further more than 2 quintals of grinded Cannabis and Poppy straw were seized by the Excise officials and appropriate legal action initiated against the accused.
Similarly, 150 awareness camps in this month were carried out by the department to spread the message that drugs are harmful not only to the individual who is involved in abuse but are also detrimental to the family in particular and to the society in general.
As part of the campaign, counseling exercises were held so that victims of abuse do not fall into the trap.
Parents and teachers were counseled to maintain extra vigil and to report that if any individual tries to lure minors towards this menace, law enforcement agencies must be immediately alerted.
Focus of youth was taken to positive aspects by holding painting competitions, debates, marathons and football matches across the Division.
The Department has through its actions continuously endeavoured to curb the spread of this menace and has so far destroyed cannabis and poppy on more than 3900 and 645 kanals of land respectively during the current fiscal.