Build Peace, harmony and end violence. Let us all contribute towards peace 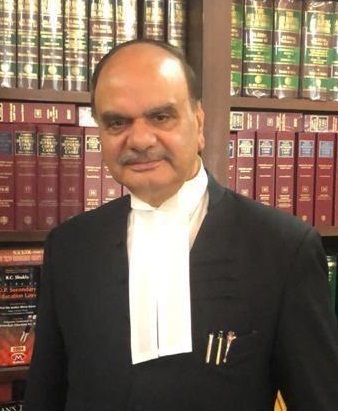 Peace is possible. If we look at history, most societies have lived in peace most of the time. Today, we are much less likely to die in war than our parents or grandparents. Especially after the Second World War since the formation of the United Nations we have avoided any major serious conflict in the world. Although many small scale warfares, civil wars and proxy wars have taken place in recent times too but still our world is experiencing the long peace since the Second World War. And it is also clear that human beings also understood from a long time that peace is very important. As the first recorded peace movements were the Peace of God (989 AD) and Truce of God (1027 AD) brought about from the desire to curb violence by limiting the days and times nobility could practice violence. In 1981, the United Nations General Assembly declared the third Tuesday of September as International Day of Peace after passing a resolution for it which was sponsored by the United Kingdom and Costa Rica. The date initially chosen was the regular opening day of the annual sessions of the General Assembly, the third Tuesday of September. With a purpose to strengthen the ideals of peace across the world.

There is a famous quote of Mahatma Gandhi that, “An eye for an eye only ends up making the whole world blind.” So instead of fighting, we should try to resolve the conflicts and promote peace and harmony in the whole world. International Day of Peace holds a great significance; The International Day of Peace reminds us that the world is our home. World is a better place when there is peace and peace and non-violence should prevail all across the world. International Day of Peace also celebrates people who work as peacemakers and peacekeepers. This day commemorates to pay respect and tributes to peacemakers for their contributions. We should learn what we can each do individually to make the world a more peaceful and better place. War and violence is never a solution to resolve any conflicts but it only increases hatred for each other around the world. We should learn from the past that violence and war is no solution. For example, World War 2 created only loss of life and peace and it was not beneficial for anybody.

The International Day of Peace, also officially known as World Peace Day, is a United Nations recognized holiday observed annually on 21st September worldwide. This day is dedicated to strengthening the ideals of peace, both within and among all nations and people around the world. It gives a message to all that we all can achieve much more by working together instead of fighting with each other. It also aims to end all of the ongoing conflicts in the world so that they can be resolved peacefully and thus can be prevented from spreading all over the world which can force all of our world into a major conflict which could cause serious consequences to humanity and our world. This day thus encourages people to refrain themselves from participating in violence and advocating for war as it is seen that many times people emotionally advocate for war as without people support it becomes extremely hard for the leaders to start a conflict or war even if they are dictators. So as a people it is our responsibility to always speak against war and always advocate peace.

Life is better in a world where peace exists and that is the motive of this day as well to advocate for peace and non-violence across the world. On this day we look to those who have been peacemakers and peacekeepers to pay them respect and tributes for their contributions and also to learn what we can each do individually to make the world a more peaceful place. The message of peace is a very simple message and we all must have listened about it and its importance since our childhood through parents and schools. But despite knowing it we must accept that reality is far different and everyone is a kind of insecure of each other which leads to various conflicts between various states or people groups. And that's what is the problem with our world and we know that war and violence is never an answer to resolve conflicts but it only increases the hatred for each other around the world. For now we have avoided a major world conflict since World War 2 but looking at current scenarios we can't guarantee that we are not going to have a world war 3, still it is very unlikely to happen but why take a chance when we can stop fighting now only.

War causes endless suffering and we have seen example of it many times in the past like in the Second World War or the first one in which about millions of people were perished from our world during these wars. So it is for sure that with the current technology and powerful weapons that we have today have the potential to wipe out human race from the planet.  On International Day of Peace, individuals and organizations around the world participate in activities and host many events centered on a set theme for the year. Activities vary from private events to public ceremonies, festivals, and concerts sending the message of peace to large audiences around the world. Educational institutes around the world also plays their role by arranging art exhibitions and lessons for students to discuss how different cultures celebrate peace and to learn about conflict and wars in history so that mistakes are not repeated. Sometimes they organize rallies of students to deliver the message of peace to the masses.

On an individual level, people also take part in activities like planting trees, setting caged animals free or putting aside their differences and embracing people which they have fought before as acts like these helps in spreading the message of peace and love. The Peace Bell was donated by the United Nations Association of Japan in 1954. It has become tradition to ring the bell twice a year, first at the first day of spring, at the Vernal Equinox, and on 21st September to celebrate the International Day for Peace. Every year the UN designates a specific theme for this day as a way to encourage people to focus on it. The theme for this year's 2022 International Day of Peace is "End hate, bigotry and Racism. Build Peace."

The UN urges all nations and populations to respect a cessation of hostilities during this day and to mark it through information and public awareness activities on peace issues. The culture of peace is a culture of dialogue and prevention, and, in this context, the role of the United Nations has never been so vital. The 2030 Agenda for Sustainable Development affirms that “there can be no sustainable development without peace and no peace without sustainable development.” The same spirit underpins the Security Council and the General Assembly resolutions in 2016 on ‘sustaining peace.’ We need a new comprehensive approach, to address root causes, strengthen the rule of law and promote sustainable development, on the basis of dialogue and respect. This guides all of UNESCO’s action to build peace through education, freedom of expression, intercultural dialogue, respect for human rights and cultural diversity and scientific cooperation.

We all as people have a role to play in establishing peace. And tackling hate, bigotry and racism is a crucial way to contribute. We can work to dismantle the structures that fill hate and racism in our minds. We can support movements for equality and human rights everywhere. We can speak out against hate speech both offline and online. We can promote anti-hate and racism through education and reparatory justice.

(The Author is Humanitarian Law Expert)