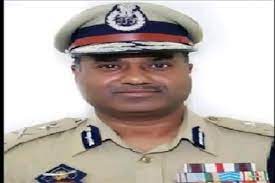 Director General of Prisons HK Lohia was found dead under suspicious circumstances in a house in the Udaywala area of Jammu on the intervening night of Monday and Tuesday, said the police.

A search has been initiated for the absconding domestic help of the officer.
Forensic and crime teams are on the spot and a probe is underway. (ANI)