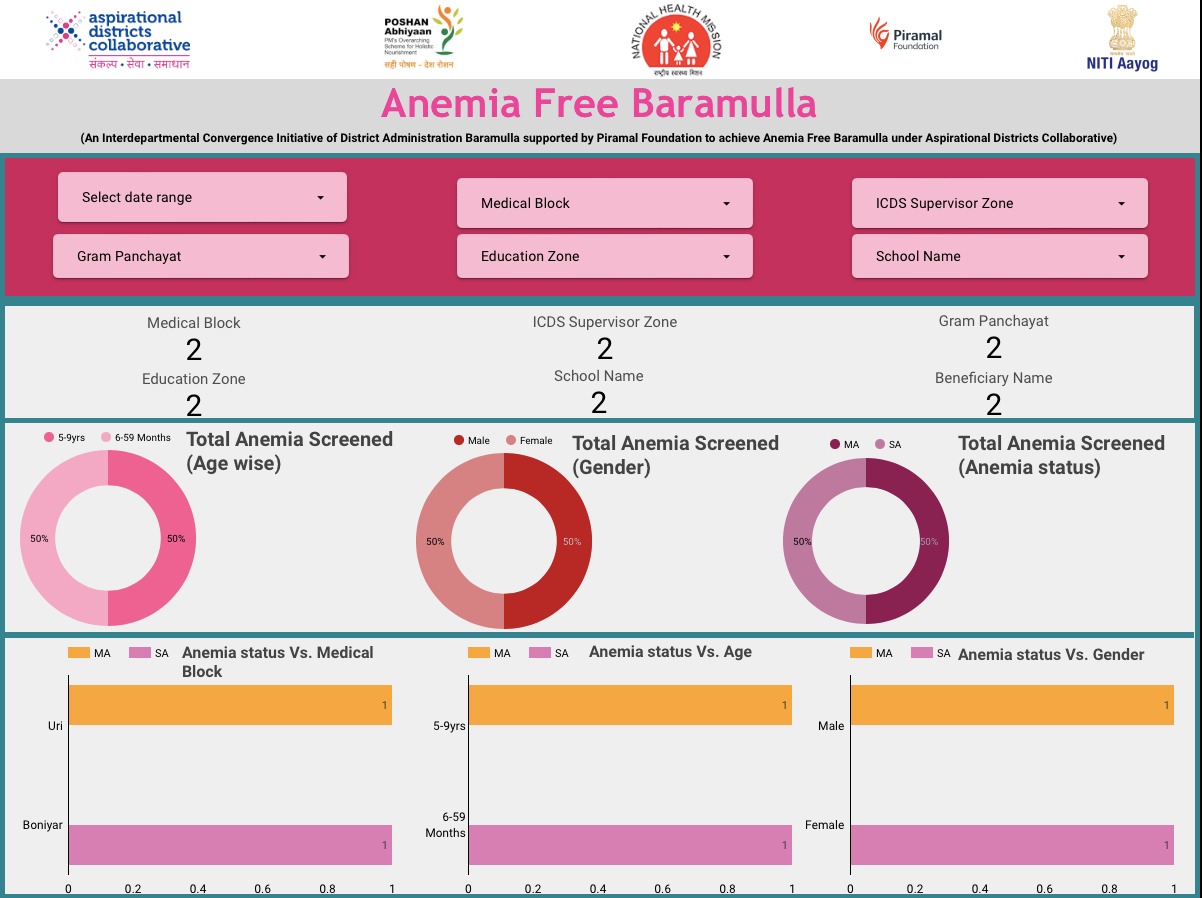 Baramulla, Sep 26: The Baramulla administration Monday said that it has adopted Anemia Free Baramulla - in line with “Anemia Mukt Bharat” - as its district goal and set a target to test one lakh adolescent and pregnant women in the district.
An official said that Baramulla administration has adopted Anemia Free Baramulla as District Goal under Aspirational District Collaborative to keep a track on anaemic patients in the district and to check their progress accordingly.
According to the National Family Health Survey (2019-20) around 70% children in the age group of 6-59 months, and 73% women in the age group of 15-49 years (non-pregnant and non-lactating), and 56% pregnant and lactating women are anemic in Baramulla district.
A health official said that villages of Uri subdivision in Baramulla are the most affected areas where anaemic patients are found and this initiative will help the department to keep a track on their health, nutrition and progress accordingly.
Deputy Commissioner Baramulla Dr. Sehrish Asgar stated that under One District One Goal initiative of NITI Aayog, the district administration Baramulla has taken up Anemia Free Baramulla as its goal and the administration has already planned a campaign-level strategy to tackle the problem.
Under the Aspirational District Collaborative (ADC) program, Central Prabhari, Rajiv Kumar Tiwari, Monday visited Baramulla and reviewed the status of work in the district. The meeting was attended by District Development Commissioner Baramulla, Dr. Syed Sehrish Asgar, district officers of all concerned departments, and Piramal Foundation’s ADC team
Officials said that the campaign will be monitored through a district dashboard, developed by Piramal Foundation’s team in Baramulla, which was launched at the end of the meeting by Rajiv Kumar Tiwari.
Piramal Foundation, which is a development partner of NITI Aayog in its ADC initiative, is supporting the district administration in health and education domains.
The ADC is a flagship initiative of NITI Aayog and Piramal Foundation which was launched in 2018 and is presently run in 112 aspirational districts.
In J&K, Baramulla and Kupwara are two aspirational districts where the initiative is being run.