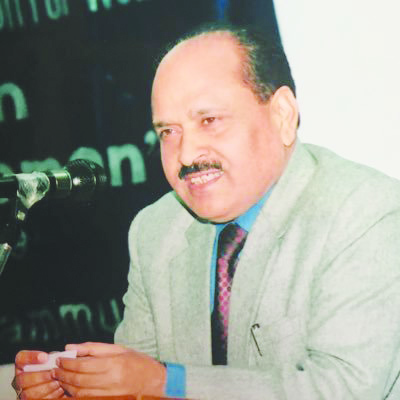 Srinagar, Sep 24: Senior vice-president Jammu and Kashmir Peoples Conference and former minister Abdul GaniVakilSaturady said that the current administration has failed to do justice to the aspirations of the common masses of J&K and that there is an urgent need to restore democracy in J&K.
While touring various areas in Rafiabad and Sopore constituencies, Vakil said that the people of J&K have been denied their constitutional right to elect a popular government to run the state of affairs. J&K has been under the Central rule for 4 years now and apprehensions are growing in the minds of the people that GoI is not serious in holding assemble elections as early as possible and allowing the people to chose their own representatives.
"It is a matter of utter shame that in a great democracy, a region has been denied its right to choose their own government while the administration has been outsourced to bureaucrats brought in from different states and installed in Jammu and Kashmir, Vakil said.
He said the Lt Governor led bureaucratic administration has failed at all levels whether it's on development front or on the security front. "There is no sense of security. Innocent people are being killed and people at large feel unsafe."
He also urged the government to to allow smooth passage of fruit-laden trucks on the national highway. He said that the fruit growers have already suffered huge losses over the past several years and now they have to face more losses as fresh fruit-laden trucks are not allowed smooth passage along the Jammu-Srinagar highway.