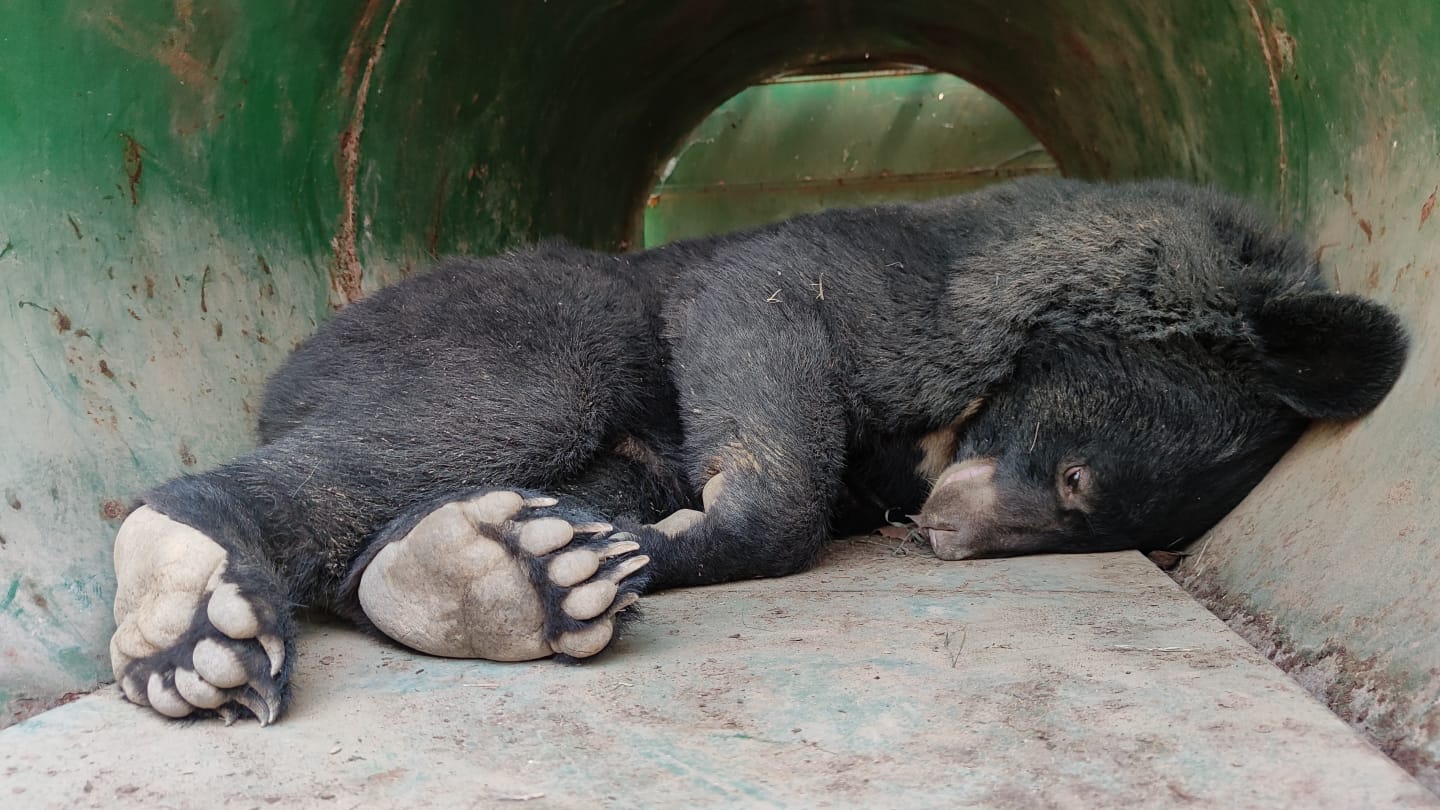 Pulwama, Sep 20 : A wild bear was caught on Tuesday at Galander area of Pampore in south Kashmir’s Pulwama district near Srinagar – Jammu National Highway.
Eye witnesses told that a wild bear hiding in standing maize crop unsuccessfully chased some people near Gujjar Basti in Galander which alarmed other residents and farmers who are preparing beds for saffron cultivation these days in the nearby Karewas.
Ghulam Nabi Bajraan, a resident of Gujjar Basti Galander told that his two kids were roaming in the area for bringing some green fodder for goats.
“They had a miraculous escape after the bear hiding in maize crops chased them,” he said, adding that they informed concerned police station and after some time a professional team from wildlife department reached the spot.
“They launched a hunt in the maize field and located the beast,” he said, adding that the animal was captured after tranquillization.
He appreciated police and wild life department for the timely action.
“This is a residential area and the animal could have caused damage if it wouldn’t have been captured,” he said, adding that people of the area heaved a sigh of relief after the beast was salvaged.
Khurshid Ahmad, Ranger wild life Range Khrew, told that they received information about the presence of a wild bear in a residential area in Galander from police station Pampore at around 9:30 am.
“A team from Khrew Range along JCR(Joint Control Room) Pampore was constituted and they immediately rushed to the spot,” he said, adding that it was a tough operation.
“ After strenuous efforts, we were able to tranquilize the wild bear and capture it,” he said.
He said that the wild life department personnel were supported by Jammu and Kashmir Police in the operation.
“They sealed the vulnerable spot and prevented people from moving towards it,” he said.
A bear was caught from Rajbagh area of Srinagar on 12 September by wild life department.