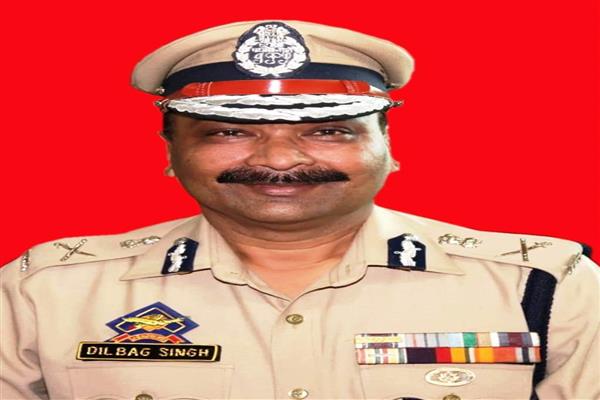 Jammu and Kashmir Police Headquarters has issued promotion orders in favour of 51 Non-Gazetted officers of Ministerial, Steno and Telecom cadres of J&K Police to the next rank.

Departmental Promotion Committee meeting was convened under the chairmanship of the Director General of Police J&K Shri Dilbag Singh at Police Headquarters J&K Srinagar and after a thorough scrutiny of the service records, promotion in respect of these officers has been ordered.

The DGP has congratulated the promoted officers and their families. He has expressed his hope that the promotion will serve as an inspiration for the officers to perform their duties with enhanced dedication and zeal.

Sub Inspectors who have been promoted to the rank of Inspectors in their own cadre include Mohammad Yousuf, Gopal Singh, Kuldeep Raj, Ashok Kumar, Riyaz Ahmad Khan, Darshan Kumar, Manzoor Ahmad Mir, and Sham Singh.